He Helped Create Lollapalooza. Now He Wants to Save Live Music. 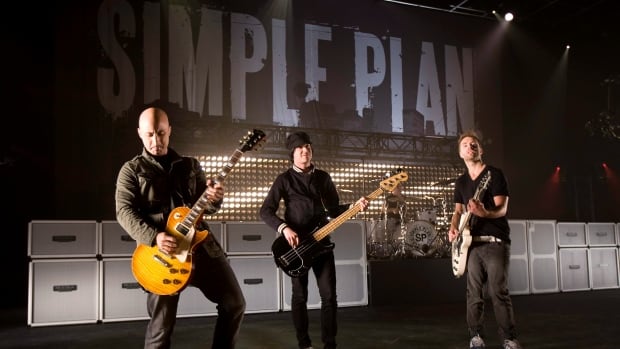 Quebec’s arts scene is being rocked by a wave of sexual assault and harassment allegations against well-known figures in the province’s entertainment industry.

Mostly anonymous allegations are being posted to an Instagram page that has garnered more than 46,000 followers and is targeting prominent Quebecers, including musicians, concert promoters and comedians.

David Desrosiers, bassist of the band Simple Plan, resigned from the group Thursday after he was accused on the social network of predatory behaviour against his female fans.

He posted an apology on Instagram Thursday for the “harm” he has caused women. The allegations “have led me to acknowledge that some of the interactions I have had with women have caused them harm,” he said, adding that he would seek “professional help to educate myself and act appropriately in the future.”

In a statement, Simple Plan also apologized to the women affected, and to fans who are disappointed by the “regretful situation.”

Meanwhile, TV personality Maripier Morin apologized publicly after singer Safia Nolin posted earlier this week that she had sexually harassed her and made racist comments when they were having drinks together in 2018.

Quebec singer-songwriter Bernard Adamus was dropped from his label following an anonymous post to the Instagram page accusing him of improprieties.

Adamus posted Thursday on his Instagram account that he had been vulgar, arrogant and drunk too many times in his life, and he apologized to all the women he’s hurt.

Amid the wave of allegations, Montreal legal clinic Juripop told CBC News it received a surge in calls and has opened close to 100 new files. The clinic started a free service for sexual assault survivors last month and has been tagged in many social media posts.

“Contrary to #MeToo, more and more people are identifying by name the person who assaulted or offended them,” she added. “So that obviously creates a higher risk of libel.”

He Helped Create Lollapalooza. Now He Wants to Save Live Music.

The San Francisco Symphony Plunges Into a New World

10 Classical Concerts to Stream in November

Singer says lawsuit over Lady A name is 'white privilege'

Live gigs are back – but social distancing poses problems