Stabbed in the Convent, Murdered in the Yard 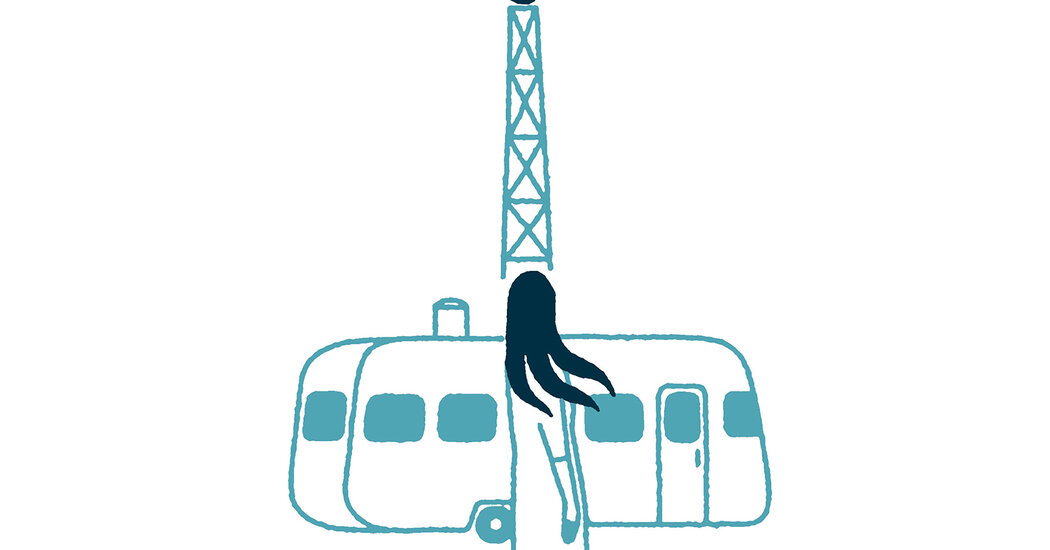 Political protest is a sacred rite of passage for the young. In LADY CHEVY (Pegasus Crime, 296 pp., $25.95), John Woods delivers a righteous cause to a high school senior named Amy Wirkner, whose family lives in Barnesville, a bucolic town in the Ohio Valley that’s being chewed up by fracking and strip mining.

“The fracking rig is an industrial spire at the back of our property line, about a quarter mile from our trailer,” Amy tells us. “At night, its 20-foot flame enchants the orange horizon, a fire’s dance, a hellish light that is no light.” The land still belongs to the family, but sometimes they can set their water on fire and, she dispassionately adds, “Soon after the towers came, my baby brother was born deformed.”

Amy does what she must to survive. Her strength comes from the same place where she finds the grit to shrug off the teasing she gets “because I have a wide backside.” But even as she flips off her tormentors, “on the inside, deep down, a dark red ball of anger keeps me warm.”

Then, along with a misfit friend, Paul McCormick, Amy commits an act of industrial terrorism that leaves a man dead, jeopardizing her plans for college and maybe the rest of her life. Despite the crime, Woods makes Amy so sympathetic, her life so bleak and her options so limited that she becomes a paradigm for the entire valley, robbed of its youth and denied its future. She’s quite a remarkable character.

Amy comes from tough stock, a clan of miners whose faces are bared in the old photos people hang in their homes, black-and-white reminders of “the unhappy proud, strong like whipped horses.” Woods writes in the same style as those photographs, wrapping beauty in shocking misery.

What’s a border noir mystery without vicious drug cartels and desperate illegal migrants? Alex Gilly obligingly provides those joys in DEATH RATTLE (Forge, 300 pp., $27.99), which is set in a town on the California-Mexico border laughably named Paradise. The story opens with the heart-thumping sea rescue of 22 men, women and children who set out from Tijuana in a leaky boat and hit a storm. The lucky survivors make it to the Paradise Detention Center, where the really lucky ones find a humane lawyer like Mona Jimenez.

Carmen Vega, one of the really lucky ones, entrusts Mona with her horrific history (battery acid is involved) as the property of Salvador Soto, an enforcer for the notorious Caballeros drug cartel. If Carmen is sent back to Mexico, Soto, a connoisseur and collector of snakes, will put her in a box crawling with them.

Rather than dwell on what happens to Carmen, or start counting all the snakes (including a $10,000 black mamba) in this story, let’s talk about Mona. She’s smart in the courtroom, she’s tough in the field and she has heart. She’s also married to Nick Finn, a marine interdiction agent for Customs and Border Protection, who makes the other half of a super new team of crime-busters.

THE GIRL FROM WIDOW HILLS (Simon & Schuster, 323 pp., $26.99) has an offbeat plot and startling ending, both features we’ve come to expect from Megan Miranda. As narrator of her own history, Olivia Meyer has a good story to tell. When she was 6 years old and living with her mother in the nothing-doing-here town of Widow Hills, Ky., Olivia became famous as a “miracle girl” who survived being swept away in a storm while she was sleepwalking. Twenty years later, Olivia has returned to her hometown, where she works as an administrator in the local hospital.

Although she has issues with “lingering night terrors,” Olivia doesn’t sleepwalk anymore; at least, not until someone sends her a box of her late mother’s belongings. Unnerved by the memories, she starts sleepwalking again, stopping only when she trips over a bloody corpse one night in her yard. As Miranda reminds us, “You become the stories you tell.”

If only she didn’t talk so much.

In his novels, John Guzlowski — the son of Polish slave laborers in Nazi Germany — reimagines the 1950s Chicago neighborhood he was raised in, a place shaped by immigrants and strivers. LITTLE ALTAR BOY (Kasva Press, 323 pp., paper, $14.95) once again features Hank Purcell and Marvin Bondarowicz, the two veteran cops whom we met in “Suitcase Charlie” and are happy to see again.

This time out Guzlowski is taking on pedophilia among the clergy, and it’s not pretty. Sister Mary Philomena, a nun at St. Fidelis Parish, shows up at Purcell’s home one snowy winter night. “I need your help,” she tells him. “There’s something terrible happening. I saw it today … and it stopped me like a death.” What she witnessed was a priest molesting an altar boy, a terrified sixth grader.

A few days later, the nun is found stabbed to death in the cellar of the convent. In the classic procedural that follows, the cops choke down their own cynicism (“People don’t take that kind of accusation against priests seriously. Never have, never will”) to investigate a crime that officially doesn’t exist.

The Most Soothing Man on TikTok

‘Four Kids and It’ Review: A Family-Friendly Magical Beach Troll

‘Epicentro’ Review: They Are Cuba

Characters Protesting the Times, When the Real Problem Is Time Itself