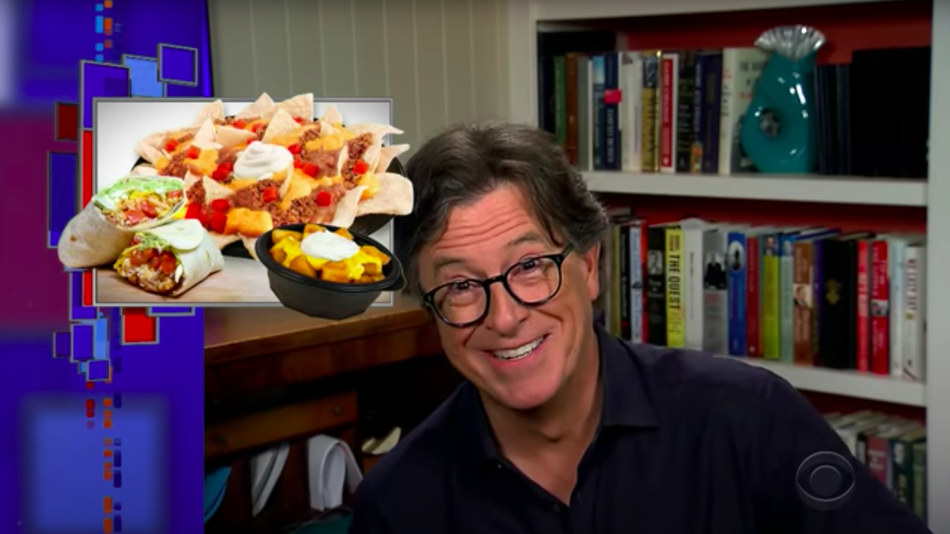 Look, you might have strong feelings about Taco Bell really and truly changing its menu, or about Mark Zuckerberg’s overzealous use of sunscreen. We all do.

The Late Show‘s Stephen Colbert is right there with you, who used his “Meanwhile…” (or rather, “Quaratinewhile…” for now) segment on Tuesday to hand out some quality zingers to two of the week’s weirdly popular news stories (or at least, he did between bouts of severe giggling). First up, Taco Bell.

“They will no longer serve the seven-layer burrito, the nachos supreme, the beefy fritos burrito, triple layer nachos, and seven more, but don’t worry, if you order one of these items every day starting tomorrow, you still have time to be dead before they’re gone.” Read more…

Zahara: Violence against women in South Africa ‘a pandemic’

On ‘Smile,’ Katy Perry Finds Purpose (and Pitfalls) in the Past

AIDS Quilts for an Artist and His Partner, Sewn During a New Pandemic