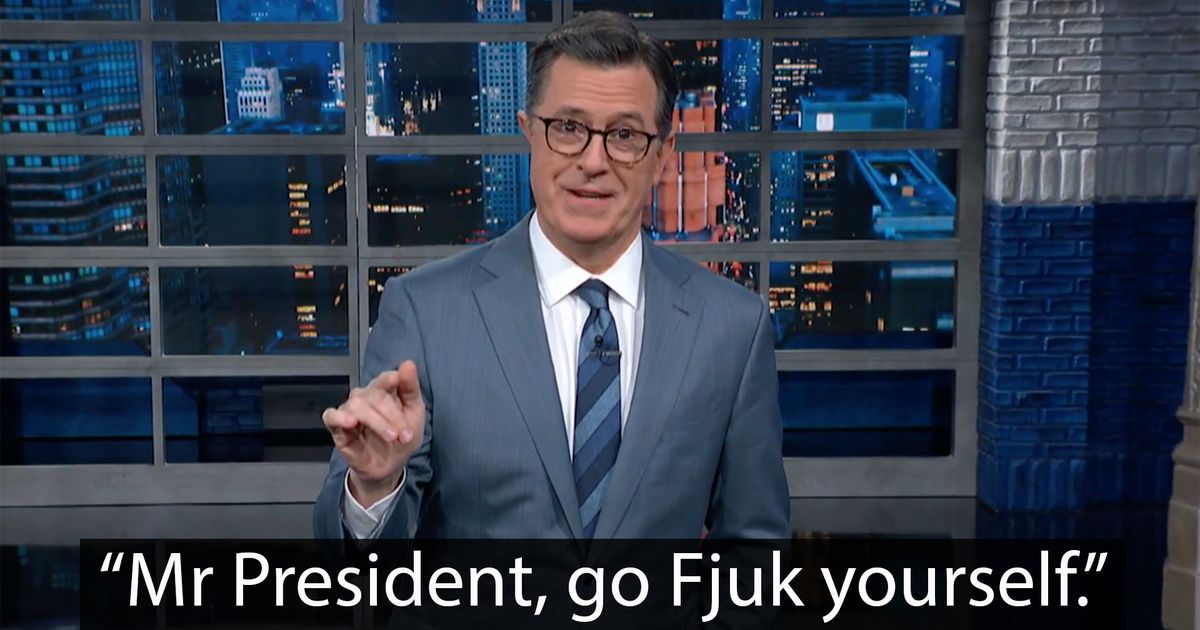 On Thursday, Time magazine named Greta Thunberg as its “Person of the Year” for 2019. And a short while later, Donald Trump jumped on Twitter to have his say.

“So ridiculous,” tweeted the president. “Greta must work on her Anger Management [sic] problem then go to a good old fashioned movie with a friend!”

Unsurprisingly, Stephen Colbert had some thoughts on that.

“First of all, teens don’t go to movies anymore. They stay at home and Tik-Tok their Vape pens on Fortnite. I don’t know. Teenagers scare me,” says Colbert in the Late Show clip above.

“But since Thunberg is Swedish, let me put this in culturally appropriate terms: Mr President, go Fjuk yourself. Which I can say on CBS, because Fjuk is an island in Sweden.

“It’s lovely, they have a lighthouse. And you know where you can stick it.”

Thunberg, meanwhile, doesn’t really need anyone to fight her battles for her. She’s already hit back at the president in language he may even understand: on Twitter, via her updated bio.

Women made history at the 2019 UK election

What Small Theater Does for New York? A Lot, Study Finds