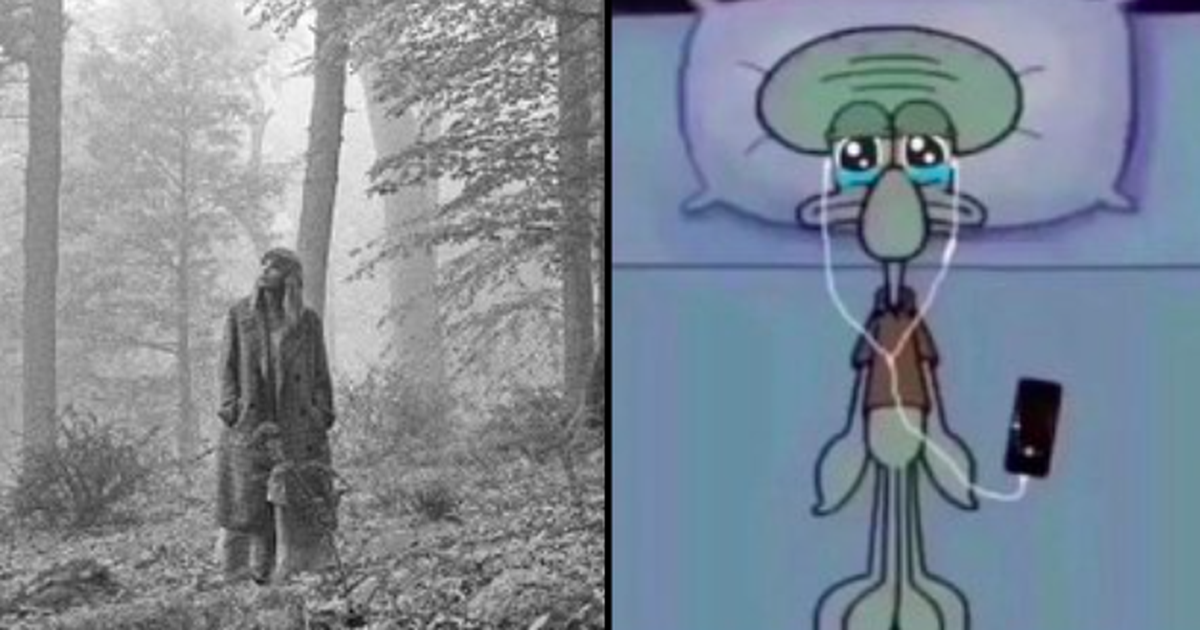 In the middle of a global pandemic, the 30-year-old singer and songwriter surprise-dropped her eighth studio album, folklore, and it’s plunged fans even deeper into their already cavernous feels.

Throughout folklore‘s 16 tracks, Swift flexes her truly remarkable imagination and tells stories patiently, softly, and with a level of passion that will give you chills. The folk, indie rock, and light country vibes coupled with lyrics about cardigan sweaters, the month of August, car kisses, stars, scars, tears, and young love were exactly what fans needed to comfort them during the year 2020.

After the album dropped at midnight on Friday, reactions to folklore began flooding social media. From comments on the album’s aesthetic and lyrics, to Harry Styles and Bon Iver tweets, the people clearly have a lot to say.

Here’s a look into the online folklore chatter.

Folklore by Taylor Swift needs to be studied in college—it needs to be sung as nursery rhymes—hell even replace car horns with the songs pls pic.twitter.com/tAgBul804x

I can’t explain it but Taylor’s new album makes me feel like I’m in a One Tree Hill episode. I feel super brooding CW teen soap heroine

folklore feels like Taylor finally entering her The O.C. Soundtrack era and I mean that in the best way

When Taylor Swift said “fuck you forever” i felt that

the cardigan from “cardigan” and the scarf from “all too well” have to fight, i don’t make the rules

Taylor Swift really made me get out of the woods only to make me run back in.

For more folklore fuel, you can read Mashable’s album review here. And if you need us, we’ll be wallowing all day.

AOC raised $200,000 for charity on her ‘Among Us’ Twitch stream Friday

Genius Pack carry-on luggage is over 50% off

How to enjoy the magic of ‘Hamilton’ without Disney+

‘Close Enough’ captures the surreality of Millennial existence in 2020