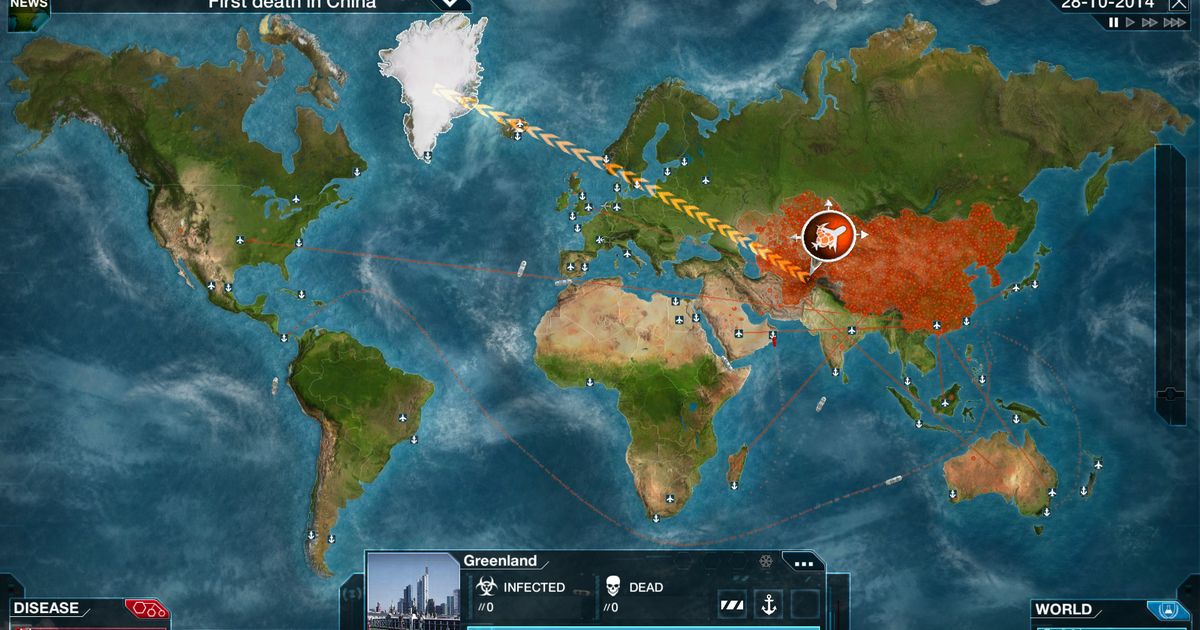 Video game Plague Inc. has had a surge of popularity in light of the ongoing coronavirus outbreak, which has infected over 4,000 people and killed over 100 with no signs of slowing. You play as a deadly pathogen in the distressingly relevant game, spreading across the globe to wipe out humanity.

Now, developer Ndemic Creations has issued a friendly reminder that while entertaining, Plague Inc. is not a scientific tool for modelling the spread of disease. It may be fun, but it won’t save you.

“We specifically designed the game to be realistic and informative, while not sensationalising serious real-world issues,” read Ndemic Creations’ statement, published Jan. 23.

“However, please remember that Plague Inc. is a game, not a scientific model and that the current coronavirus outbreak is a very real situation which is impacting a huge number of people. We would always recommend that players get their information directly from local and global health authorities.”

I’ve played enough plague inc to know I have to move to Iceland or Madagascar Incase this coronavirus spreads more.

Though Plague Inc. was first released in 2012, Ndemic Creations said it sees an increase in players whenever there is a real outbreak of disease. The spike in interest has been so significant this time that Plague Inc.’s website was overloaded with traffic and it’s servers strained.

Abacus reports Plague Inc. recently became China’s top paid iOS download, and the fifth overall when free apps are included. According to SensorTower, the game reached the top of the chart on Jan. 21 and hasn’t dipped since.

China isn’t the only country turning to the game either, with Plague Inc. holding steady as the U.S.’ top paid iOS download since Jan. 23. Player numbers for PC version Plague Inc: Evolved have also been trending upward as the coronavirus spreads, SteamCharts recording an 169 percent increase in players globally over the last 30 days. Many players’ recent reviews make reference to the coronavirus.

Vaughan doesn’t have a medical background, having relied on online research to give the game an element of realism. Even if he did, taking medical information from a game designed to entertain is questionable at best.

However, Plague Inc. isn’t entirely useless as an educational tool. The Centres for Disease Control and Prevention’s Ali S. Khan noted in 2013 that the game provides a compelling method for raising awareness and teaching the public and about the spread of disease.

“An interesting fact is that it has also become an educational tool — teachers and professors often get in touch to let me know how they used Plague Inc. to illustrate biological and economical concepts to their students,” Vaughan told Khan.

Just don’t trust it for practical pointers on how to stay safe from the coronavirus, or from any other outbreak. Go to official sources for that.

What’s on TV Friday: ‘Pain and Glory’ and ‘Real Time With Bill Maher’

A Dutch Golden Age? That’s Only Half the Story

Halsey reveals her spicy rigatoni recipe on ‘Hot Ones’

There’s No Dark Universe Anymore, Just One Monster After Another