‘The Crown’: Who Is Princess Anne? 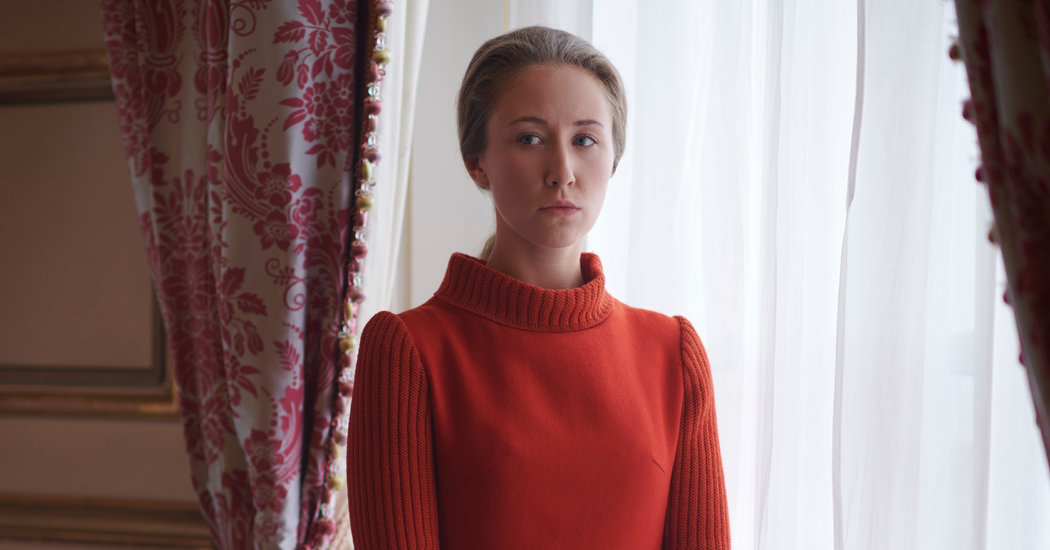 In the latest season of “The Crown,” the Duke of Edinburgh makes a request of his only daughter, Princess Anne. He wants her help, he says, because she is “the most thrifty, feet-on-the-ground, low-profile, unpretentious royal we’ve got.”

He isn’t wrong. Fourteen when Season 3 opens, Anne (played by Erin Doherty) belts out David Bowie in the car. She punches her older brother in the stomach — never mind that he’ll be king one day. As her mother helms the monarchy, her father has a midlife crisis and her brother grapples with the responsibilities of being an heir, Anne is busy just enjoying herself.

There’s something about her sass, her nonchalance — “I look like a hydrangea,” she responds to a compliment on her blue evening gown — that gives the princess a relatable edge, even if she did grow up in a palace. The real-life Princess Anne is just as complex; here’s what to know about her when you watch Season 3.

Our first glimpse of Princess Anne this season is a close-up of her riding boots as she strides through the halls of Buckingham Palace.

A soft spot for horses runs in the royal family: As we see in the show, the Queen owns and breeds horses, and she has been known to make an appearance at races and other events.

Princess Anne took that same affinity all the way to the 1976 Olympics, where she competed with the British equestrian team in Montreal. In 1971 she was the first royal to be named Sports Personality of the Year by the BBC, and she is now the president of the British Olympic Association.

Her daughter, Zara Tindall (born Zara Phillips), continues the tradition. She competed in the same equestrian event at the 2012 London Olympics, where her team won the silver medal — presented by her mother.

Where Anne Falls in the Line of Succession

Princess Anne, born in 1950, is the only daughter and second child of Queen Elizabeth II. She was born nearly two years after her brother Prince Charles, the heir to the throne, and has two younger brothers: Prince Andrew, born in 1960, and Prince Edward, born in 1964.

She was third in line to the throne at the time of her birth, after her mother and older brother. Today, at 69, she is much further down — 14th in line, behind her brothers and their descendants. (A 2011 decision to stop prioritizing younger male heirs over their sisters doesn’t apply to anyone born before the children of Charles’s eldest son, Prince William.)

In 1987, the Queen gave her a new title: Princess Royal, a lifelong honorific given to the monarch’s oldest daughter.

Her Royal Highness, Queen of ’60s and ’70s Fashion

Queen Elizabeth II has her bright, monochromatic suits. The Princess Royal has bold patterns and vibrant pops of color: outfits that remain enviable, even decades later.

There were the colorful flowers and puffy sleeves of the high-necked gown she wore to a 1973 film premiere. In 1968, there was the mustard coat, with a striking hat to match, worn at an equestrian event. There were the lively blue stripes at her son’s christening in 1977. And let’s not forget: the power suit.

She sometimes, with her numerous honorary military appointments, will appear in a military uniform — a rarity for women in the royal family.

She Was in a Royal Love Triangle … or Rectangle?

For Camilla (now the Duchess of Cornwall), before she married Prince Charles, she was married to Andrew Parker Bowles. And for Andrew, before Camilla, there was Princess Anne.

As we see in the show, Anne was dating Andrew in the ’70s, around the same time her brother started seeing Camilla. But then Andrew married Camilla, who eventually went back to Prince Charles after her marriage with Andrew ended.

Prince Charles, speaking with his great-uncle in one episode, perhaps put it best: “It’s all a bit messy.”

Kidnapping a Princess? Not ‘Bloody Likely.’

A 26-year-old would-be kidnapper, who targeted the princess one evening in 1974, messed with the wrong royal.

Princess Anne and her first husband, Capt. Mark Phillips, were in their car in London when Ian Bell began shooting at the vehicle. Two police officers, the car’s driver and a nearby journalist were shot and wounded.

When Bell tried to get Princess Anne out of the car — in the hopes of getting a ransom of 2 million pounds — the princess, according to government documents released 30 years later, said her cooperation was not “bloody likely.” Bell tried to escape but was tackled and apprehended by another officer.

Martin McDonagh’s ‘Hangmen’ to Open on Broadway in March

It’s not just you. Disney+ is having some issues at launch.