The Divisions That Are Destroying the Country 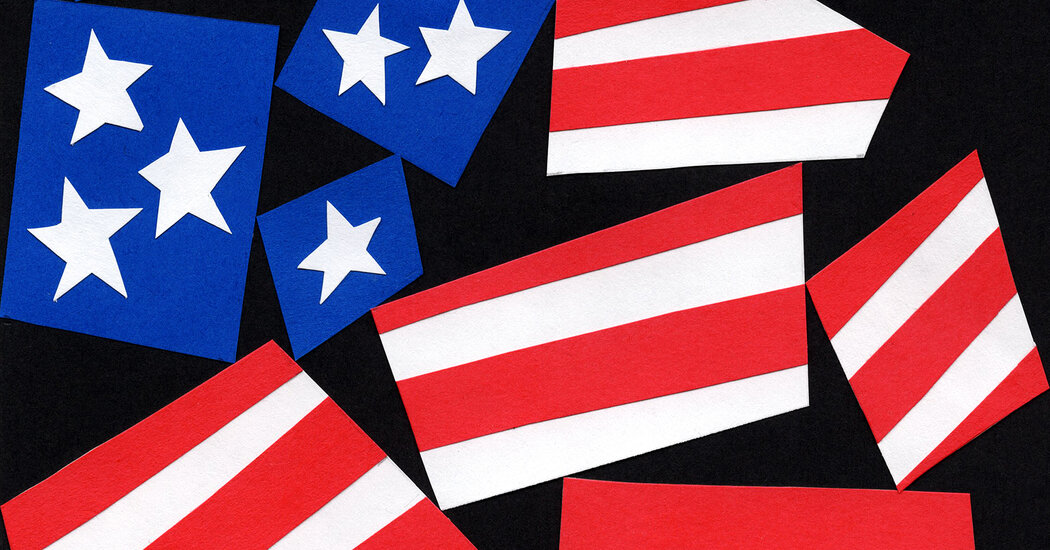 The 2016 election unleashed a flood of books warning that the duly elected president of the United States would transform the country into a dictatorship. This has proved to be a dubious proposition, and not just because Donald Trump lacks the discipline necessary for such a gargantuanly complex undertaking. The enormous popularity of these jeremiads, even more than their profusion, would appear to contradict their alarmist thesis. It seems odd somehow to speak of impending authoritarianism when its opponents see their books shoot to the top of the best-seller lists.

The more plausible future dystopia is related to the nature of America as a geographically large, culturally heterogeneous and politically decentralized country. Instead of a fascist power grab, we seem more likely to witness an escalating series of disputes between state and federal authorities, and among the states themselves, leading to the possibility of division and secession. We see the seeds of this disintegrative future, for example, in the raft of progressive municipalities that have exempted themselves from federal immigration law, the conservative state legislatures that have effectively banned abortion and on the streets of Portland, where officers from an alphabet soup of federal agencies were recently deployed to protect a United States courthouse from protesters.

According to David French, “there is not a single important cultural, religious, political or social force that is pulling Americans together more than it is pushing us apart.” In his admirably measured book “Divided We Fall: America’s Secession Threat and How to Restore Our Nation,” French convincingly argues that polarization is putting America on a perilous path to disunion.

A conservative evangelical Christian who has lived and worked among secular liberals, French understands better than most that coexistence with people of radically different backgrounds and beliefs is not only possible but necessary, and that it requires a basic respect for pluralism that fewer and fewer Americans seem willing to show. Last year, French earned a measure of notoriety when he was unwittingly catapulted into that rarefied and motley group — Karl Marx, Joe McCarthy, Charles de Gaulle and Margaret Thatcher among them — after whom a political ideology or style is named. In a widely discussed essay for the Catholic journal First Things, the writer Sohrab Ahmari defiantly proclaimed himself “Against David French-ism,” which he defined as a conservative “persuasion” marked by a cowardly refusal to accept “politics as war and enmity”; a “guileless” respect for “civility and decency” at the expense of “defeating” the left; and an aversion to using state power to impose “a public square reordered to the common good and ultimately the Highest Good.”

But for French, a commitment to pluralism is not merely a concession borne of ideological moderation but a prerequisite for keeping our big, messy, diverse experiment of a republic from breaking apart. This means that drag queens be allowed their story hour at a Sacramento public library (the genesis of the Ahmari versus French controversy) and that a Christian baker in Lakewood, Colo., be permitted to abstain from making wedding cakes for gay couples.

French’s answer to our deepening divide is federalism, the constitutional principle that prioritizes “tolerance through self-governance and community autonomy.” To illustrate the dangerous consequences of what could happen if his plea goes unheeded, French presents a pair of chillingly believable, near-future secessionist scenarios involving California and Texas — a “Calexit” if the Supreme Court were to strike down the state’s sweeping gun confiscation law and a “Texit” initiated by a similar fracas over abortion. Both seem likelier than a Trumpian repeat of the Reichstag fire predicted by so many commentators.

Four years into this unnerving presidency, America has ably resisted the depredations of a commander in chief who imitates a dictator on Twitter. Whether it can withstand the centrifugal effects of its own divisions will be a much greater and more enduring challenge.

The War Crime No One Wants to Talk About

Jack Reacher Works Alone. That Doesn’t Mean His Author Has To.

How That Surprise ‘Mulan’ Cameo Happened

A Separate and Unequal System of College Admissions