‘The Mole Agent’ Review: Undercover, Where You Least Expect Him 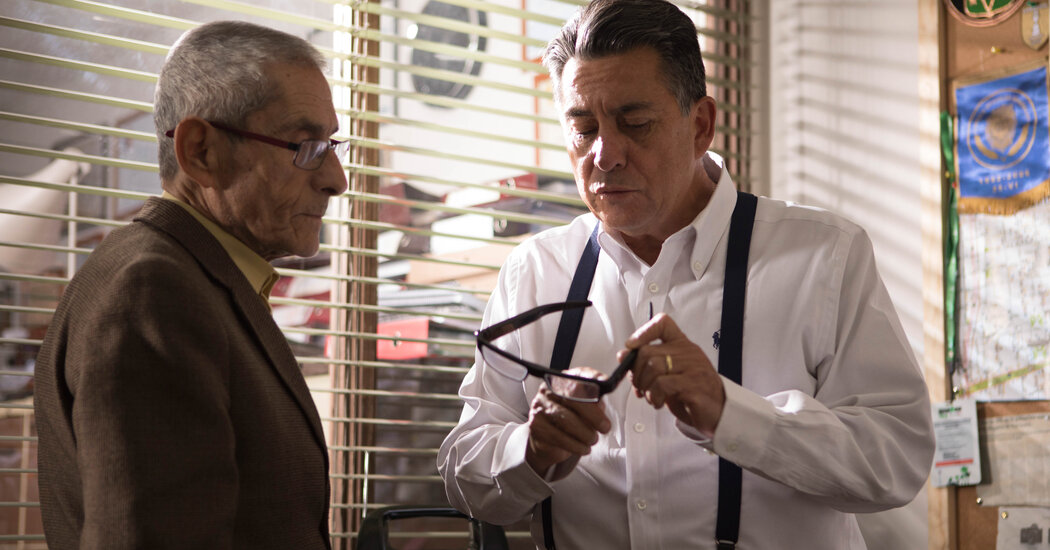 A private detective in Chile, once an Interpol agent, places a newspaper ad seeking men between the ages of 80 and 90. A good number of gents come to his office. They’re all surprised and delighted to feel needed, although only one can get the gig.

Thus we get a hint of the theme of “The Mole Agent,” an unusual documentary-drama hybrid directed by Maite Alberdi. The gruff detective, Rómulo (Rómulo Aitken), picks Sergio (Sergio Chamy), a neat-as-a-pin, proudly independent fellow whose faculties are entirely intact. His mission is to infiltrate a nursing home and investigate whether a woman there is being abused, either by staff or fellow residents.

The very idea is a little ghastly, but the movie proceeds with something like good humor as Rómulo teaches Sergio a code for their communications and trains him to use a camera pen and eyeglasses with an embedded video camera.

The residents of the nursing home, in San Francisco, Chile, have been told they’re the subject of a documentary. So we get to see Sergio, who becomes one of only four men at the home — the women number about 40 — checking in and becoming a quietly charming resident, albeit one with a more inquisitive bearing than the others.

The movie’s straddling of the dramatic and the documentary forms is unsettling. Unless you unquestioningly accept its method, this chronicle can look like a glaring invasion of privacy. But the film’s people are moving, and the payoff is compassionate, humane and worth heeding.

The Mole Agent
Not rated. In Spanish, with subtitles. Running time: 1 hour 24 minutes. Rent or buy on iTunes, Google Play and other streaming platforms and pay TV operators.

‘I’m Thinking of Ending Things’ Review: Where to Begin?

Halloween for Kids: Different This Year, but Still Delightful