‘The New Mutants’ Review: Maybe All the Cool Super Powers Were Taken 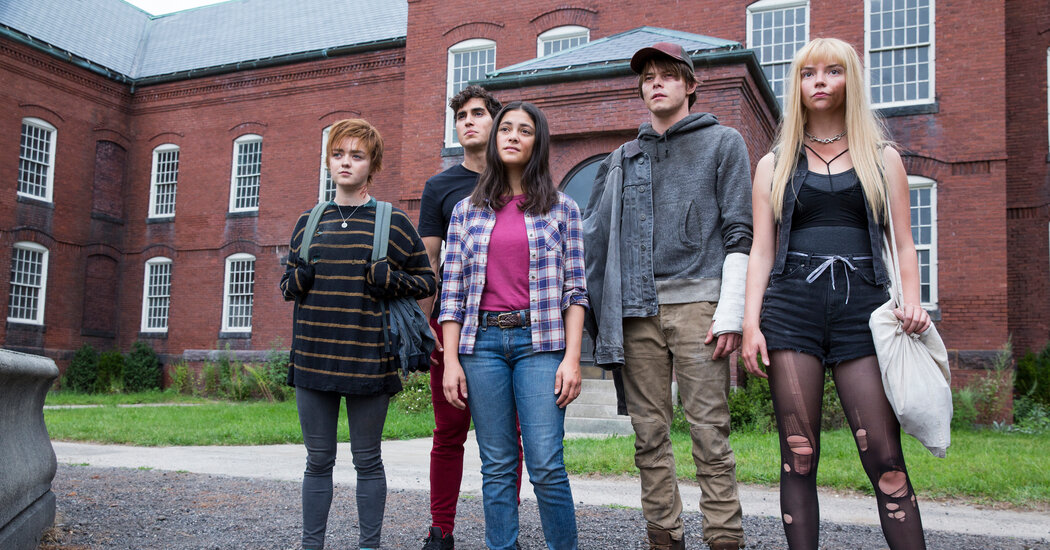 How does one disavow an unruly mutant? Lock it up, says the Essex Corporation, the villain of “The New Mutants,” an “X-Men”-adjacent thriller about a detention hall for ultra-destructive kids — and 20th Century Studios, the manufacturer of this ramshackle flick, agrees. Directed in 2017 by Josh Boone (“The Fault in Our Stars”), “The New Mutants” spent three years on ice before being allowed to escape into the slowest summer season in a century. That’s fitting for a film that’s all buildup and no bang.

The mutants in question are five deadly teenagers who, shortly after their powers kicked in at puberty, each killed someone (or some entire town, in the case of the distraught Dani Moonstar, played by Blu Hunt). With the exception of Illyana (Anya Taylor-Joy), a Russian who snarls that she’s slain 18 men, none intended to murder. Roberto (Henry Zaga), a playboy from Brazil, simply learned the hard way that he ignites into flame when aroused.

Now, the quintet is under the care of Dr. Reyes (Alice Braga), who swears she can soothe their guilt with a mix of talk therapy and constant camera surveillance. The sickly teal walls are the first hint that this dormitory isn’t what it seems. As for their caretaker’s credentials, Dr. Reyes inherited medical know-how from her mother, a veterinarian. Plus, she can create a force field to trap her inmates in the asylum. Her condescension is one part Nurse Ratched, one part the principal from “The Breakfast Club.” Naturally, the kids rebel with a dance montage.

The story, by Boone and Knate Lee, was designed to be a potentially lucrative experiment. As “The Avengers” and “Star Wars” bloat with galactic mythology, “The New Mutants” tests the question: Can a slight genre film with one location and no name-brand characters pass itself off as a franchise blockbuster? The term “X-Men” is muttered a couple of times, as if Wolverine and company were fogies on the classic movies channel. These teens prefer a marathon of “Buffy the Vampire Slayer.” Even Dr. Xavier, the patron saint of post-pubescent angst, is merely alluded to with a wheelchair and a look.

Honestly, the tykes’ disdain is refreshing. The original New Mutants comics debuted in 1983, the year Johnny Ramone howled for “Psycho Therapy,” and its punkish, expressionistic pages wafted spray paint. Boone’s version is set in the 1990s and wallows in Gen-X ennui. But the plot needs more pep. Most of the running time is allotted to the inpatients and their shame over powers that brought them under the good doctor’s thumb.

Once unleashed on a series of computer-generated whatsits (including a phalanx of gangly, befanged disco dancers), the teens’ inability to control — or explain — their skills just makes them look goofy. While their elders boast the ability to control weather or metal or minds, the fledglings appear to have gotten the dregs of a white elephant exchange. Illyana has the gift of flickering into an alt-world where her hand puppet becomes a belching, parrot-size dragon, while Rahne, played with endearing sincerity by Maisie Williams (“Game of Thrones”), simply turns into a wolf. As for Sam (Charlie Heaton of “Stranger Things”), an explosive miner’s son from Kentucky, his biggest moment is when he chains himself to a post and bangs around like a tetherball. Score one for the geezers.

Time for a Literary Road Trip

Holidate Is Bad, But Emma Roberts Is Good