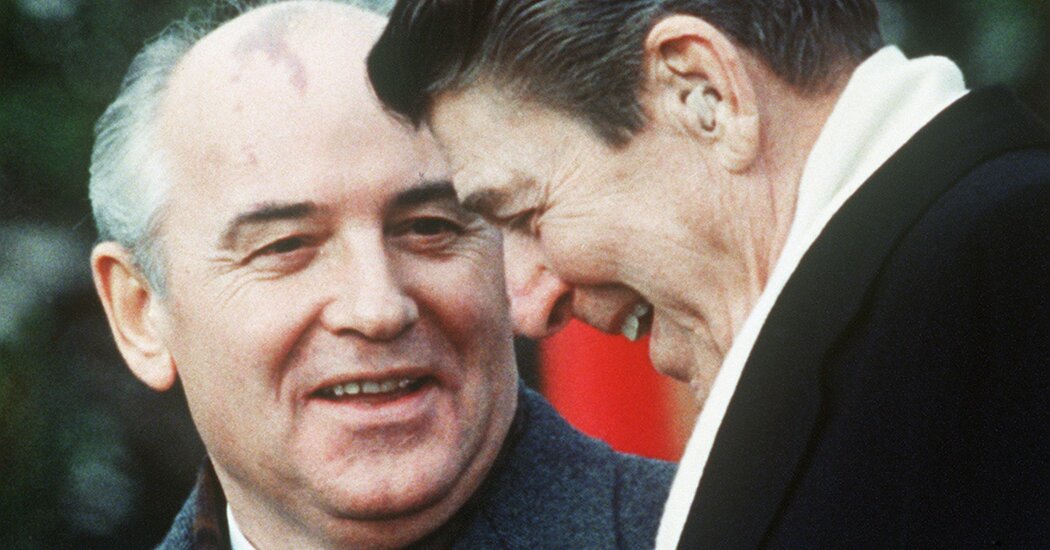 THE FOLLY AND THE GLORY
America, Russia, and Political Warfare, 1945-2020
By Tim Weiner

Tim Weiner’s “The Folly and the Glory” provides a sweeping, lively survey of the worldwide competition between the Soviet Union (and later, Russia) and the United States since the end of World War II. Weiner has, in abundance, the knowledge and experience required to write such a book. He won a Pulitzer Prize in 1988 while at The Philadelphia Inquirer. Later, he worked for The New York Times from various parts of the world and then became its national security correspondent. His 2007 history of the C.I.A., “Legacy of Ashes,” won a National Book Award. That was but one of his many acclaimed books.

His latest, “The Folly and the Glory,” covers numerous landmark events dating back to the beginnings of the Cold War rivalry between the Soviet Union and the United States. These include the creation of the Marshall Plan and NATO; the 1953 C.I.A.-backed coup in Iran that restored the shah’s monarchy; the Red Army’s crushing of revolts in East Germany, Hungary and Czechoslovakia; the rise of Poland’s anti-Communist Solidarity movement; Mikhail Gorbachev’s failed reforms together with the Soviet Union’s implosion; and Vladimir Putin’s land grab in Ukraine as well as his meddling in the 2016 American presidential campaign.

The odds of doing justice, in a relatively short book, to such multitudinous and tangled events over 75 years are slim. Occasionally, Weiner slows his speedy stride through history for deeper probes into particular episodes, but one wonders why those, rather than others, merit case studies. The murder of the Congolese leader Patrice Lumumba and Washington’s embrace of his kleptocratic successor, Mobutu Sese Seko, occupy virtually an entire chapter; Libya’s civil war rates barely a page, and Syria’s not even that.

Weiner skillfully shows that subversion, the dissemination of disinformation and military interventions were standard fare in the competition between Moscow and Washington, and he enlivens his story with vivid portraits of the main characters. Readers looking for a quick overview of the Cold War will find “The Folly and the Glory” informative and entertaining.

Nonetheless, some of Weiner’s claims are unpersuasive. For example, he suggests that NATO expansion toward the Russian border in the 1990s sprang basically from the mind of Bill Clinton’s national security adviser Anthony Lake. Having recently pored over countless books, articles and declassified documents on this subject, I have found no evidence to support Weiner’s contention. Though Lake certainly helped shape Clinton’s foreign policy, NATO expansion resulted from a mix of convergent circumstances and the labors of many senior officials, particularly Richard Holbrooke. Outside government, Zbigniew Brzezinski, among others, was a fervent, influential advocate. East European governments, notably Poland’s, knocked long and hard on the alliance’s door. As early as May 1992, before Clinton became president, Czechoslovakia, Hungary and Poland jointly declared that their ultimate goal was to gain membership in NATO. No one person can claim, or be credited with, pride of authorship, certainly not Lake, whom Weiner depicts as a latter-day George Kennan, the architect of containment.

Weiner’s enumeration of Russian intelligence agencies’ shenanigans during the 2016 election campaign presents a similar problem. As he relates, Russian operatives spread false, inflammatory stories through social media. They smeared Hillary Clinton and praised the third-party candidate Jill Stein (whom Weiner, citing Clinton, all but paints as a Russian asset). Above all, they extolled Donald Trump and the Trump narrative that mixed populism, nationalism and xenophobia. Even if all of this is well known, Weiner is a knowledgeable guide.

Still, he leaves the impression that Putin pretty much handed Trump the presidency through “a blitzkrieg unseen until after it had struck at the heart of the American body politic.” Putin’s machinations certainly mattered, but Donald Trump’s rise reflects much more important changes within the United States in recent decades that widened societal divisions and increased political polarization. Sometimes, history and politics are more complicated than Weiner seems willing to allow.

Amber Ruffin Has Gone From the Writers’ Room to the Title

The Back Story Behind ‘Transcendent Kingdom’: Yaa Gyasi Is a Solid Friend

What It Took to Get El Chapo Behind Bars for Life