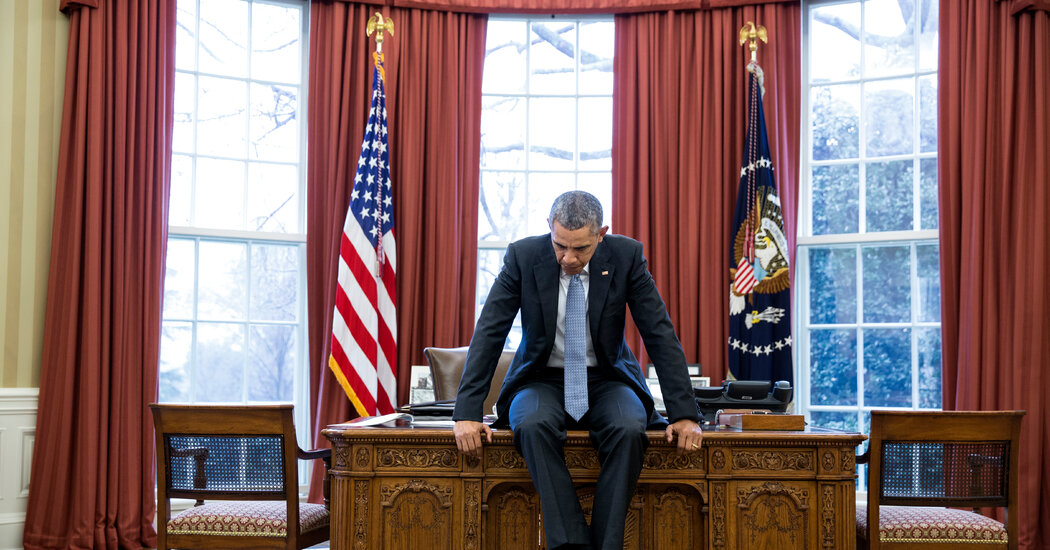 In recent years, Pete Souza, the official White House photographer for part of the Reagan administration and the entirety of the Obama administration, has released two books.

One, “Obama: An Intimate Portrait,” is a coffee-table item featuring the most memorable of the many images yielded during Souza’s tenure. It features the 44th president in modes both pensive and joyful, underscoring his thoughtfulness and approachability. The second volume is “Shade: A Tale of Two Presidents.” In it, Souza’s comments accompany images of Obama that stand in contrast with the current commander in chief, and not in a way that flatters the latter.

Like those volumes, “The Way I See It,” a documentary about Souza’s life and work, directed by Dawn Porter (who also made this year’s “Good Trouble”), is a shiny object meant to give retrospective comfort in a time of dread. It shows Souza on the lecture circuit, telling touching and funny stories of both Presidents Obama and Reagan. High-powered players including Samantha Power, former ambassador to the U.N., and Ben Rhodes, former deputy national security adviser, sing the praises of the photographer and his subjects. The movie is impeccably crafted and consistently engaging.

And it is set in a realm where sentiment trumps (sorry!) political difference. Souza states that he wasn’t crazy about Reagan’s policies but was won over by his authentic affability. One section goes into detail about the thoroughness of Obama’s decision-making process and his willingness to hear out different points of view, but draws no conclusions about the decisions that process yielded.

One of the movie’s central points is also Souza’s: that the current presidency is a dumpster fire. With a backward glance so ardent it seems full of longing, “The Way I See It” offers, if nothing else, a more pleasant view.

The Way I See It
Rated PG-13 for no discernible reason, maybe language. Running time: 1 hour 40 minutes. In select theaters. Please consult the guidelines outlined by the Centers for Disease Control and Prevention before watching movies inside theaters.

Netflix’s American Murder: The Family Next Door Tells The Tragic Story Of The Watts Family Murders

Oddly Enough, Netflix’s Newest Holiday Rom-Com Is Kinda Based On A True Story

Pop Smoke and ‘Hamilton’ Shake Up the Billboard Chart