The Wrong Turkey Was Pardoned at the White House, Jimmy Kimmel Says 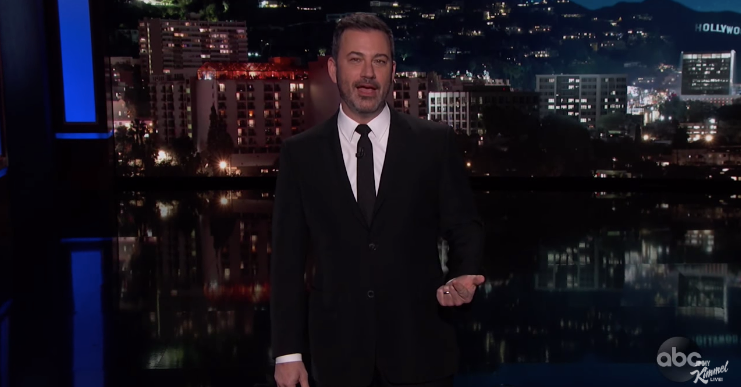 Welcome to Best of Late Night, a rundown of the previous night’s highlights that lets you sleep — and lets us get paid to watch comedy. If you’re interested in hearing from The Times regularly about great TV, sign up for our Watching newsletter and get recommendations straight to your inbox.

“The president pardoned two turkeys and I think a Kentucky Fried Chicken while he was at it.” — JIMMY KIMMEL

“It makes sense that Trump would pardon the two whitest turkeys on the planet.” — JAMES CORDEN

“Those turkeys should be pardoning him, by the way, not the other way around.” — JIMMY KIMMEL

“I saw that you could actually go online and vote for which turkey got the official pardon, which is why Butter’s lawyer got caught in Ukraine trying to find dirt on Bread.” — JIMMY FALLON

“Only one thing: Bread won the White House Twitter poll by 12 points. But, of course, the Electoral College picked Butter.” — STEPHEN COLBERT

“More than 20 million Americans are facing winter weather warnings right now, which will likely lead to flight cancellations and delays. But don’t let the bad weather ruin the holiday for you — that’s what your family is for.” — JIMMY KIMMEL

“They also expect that extreme chill to move across the dinner table when cousin Tyler tells Grandpa, ‘Actually, gender is a spectrum.’” — STEPHEN COLBERT

“It is not good. Can’t President Trump use his magic weather Sharpie to scribble out the storms and draw some sun in there?” — JIMMY KIMMEL

The Bits Worth Watching

What We’re Excited About on Wednesday Night

Also, Check This Out

Little Women Just Got The Biggest Stamp of Approval

Blade Runner: How well did the film predict 2019’s tech?