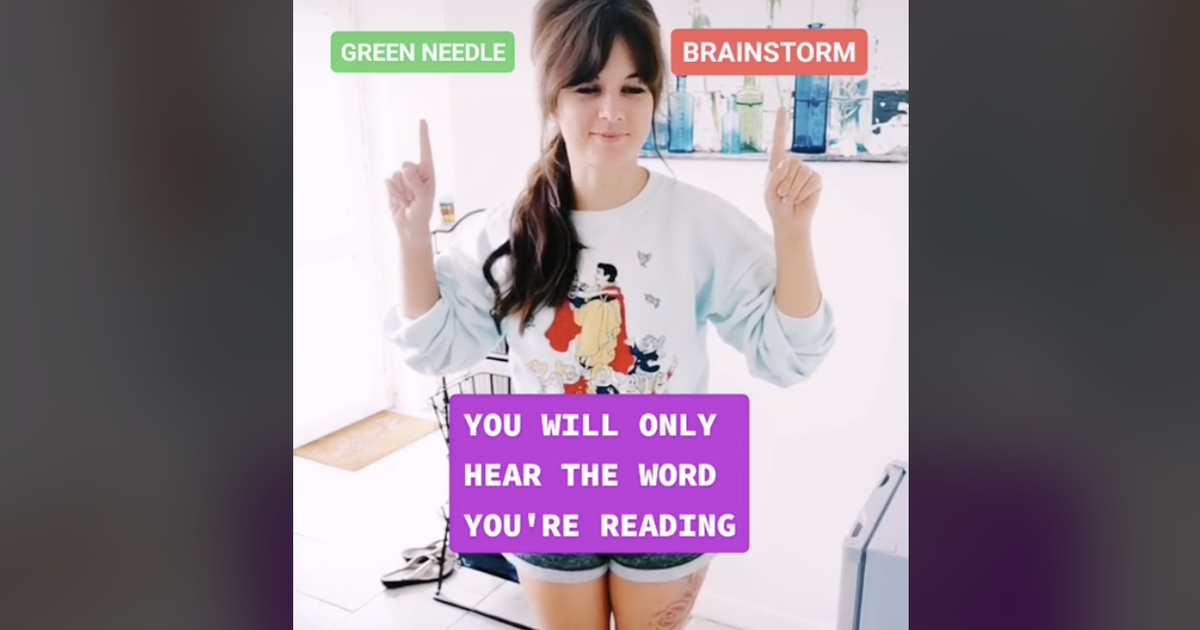 I know it’s the weekend and you want to relax, not have your brain pretzeled. I know. But I saw this and now I must share it.

Do you remember the dress? You know — the viral blue or yellow dress? Or better yet, how about Yanny vs. Laurel? Well, a new viral auditory illusion hit the internet over the weekend. Green needle vs. brainstorm. Just watch.

Isolated at home, this artist records meditative music made by rain drops

Different coworkers have had different reactions to this viral TikTok. For me, the sound definitely changes depending on which word I’m reading or thinking about. It even works if I close my eyes.

The wild thing is this isn’t new. My colleague Morgan Sung even wrote about it when the sound first went viral in 2018. It’s the janky audio of a children’s toy.

Reached via Instagram DMs, Emily Sophie — the person who made the sound re-viral on TikTok — said she wasn’t sure why it had caught on again.

“I found the sound on TikTok, the video has actually been made thousands of times but for some reason mine went viral,” Sophie wrote. “When I heard it I [just] had to make the video and show everyone as it’s sooo strange!”

The video went massively viral on TikTok. It has been watched some 6 million times. As one could predict, it soon spread to Twitter and elsewhere. Chrissy Teigen posted about it. Viral video accounts, too. Ice T, even.

“It’s really awesome that celebrities are sharing it, especially Ricky Gervais as I’m a massive fan of his!” Sophie wrote via DMs.

By the way, in case you were wondering, the toy was supposed to be saying brainstorm.

Isolated at home, this artist records meditative music made by rain drops

Why everyone should switch to reusable coffee cups already

What every dog owner should know about biodegradable poop bags

Haunted TikTok is the next evolution of internet horror

When a Quarantine Comic-Con Keeps Fans at a Distance