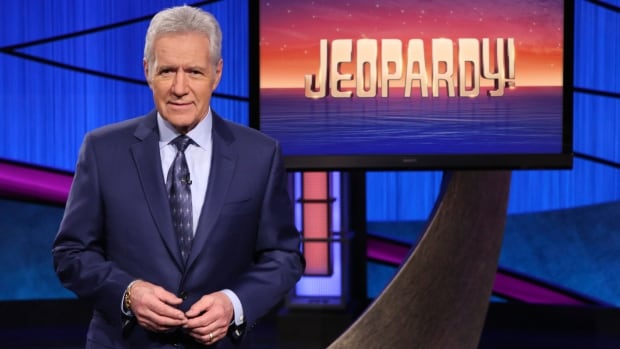 Alex Trebek says he’s “feeling great” and is looking forward to the day he can safely return to the studio to shoot new Jeopardy! episodes.

The native of Sudbury, Ontario, says his treatment for stage 4 pancreatic cancer “is paying off,” but is tiring.

The game show host provided the health update Thursday in a video posted to the show’s website and social media accounts, revealing a new goatee.

Trebek says he’s been working from home, where he is recording show openings for vintage Jeopardy!  episodes that will air later this month.

He’s also been working on his memoir, The Answer Is … Reflections on My Life.

Trebek announced he had been diagnosed with cancer in March of last year.

He adds he’s been continuing his treatment and it’s paying off, though it does fatigue him a great deal.

Trebek says Jeopardy  is preparing to air favourite past episodes, including the very first show he ever hosted, “moustache and all.”

WATCH | Alex Trebek on dealing with his cancer:

Jeopardy host Alex Trebek talks about his cancer diagnosis, why he never calls in sick to work and being an optimistic voice for other cancer patients. 11:00

Trebek has previously acknowledged a difficult journey in his cancer treatment.

Earlier this year, he admitted to “sudden massive attacks of great depression” that made him “wonder if it really was worth fighting.”

But he credited his wife and “soulmate” Jean with helping him persevere.

In his latest update, Trebek expressed eagerness to get back to work.

“I can’t wait to return to the studio and start recording shows for the new season in September.”

Trebek says meanwhile — “my wish for all of you — stay safe.”

Christopher Nolan Says ‘Tenet’ Will Come Out This Summer. Should It?

You Have Questions About The Mulan On Disney+ Situation. We’ve Got Answers

I tried to go viral on TikTok in 24 hours