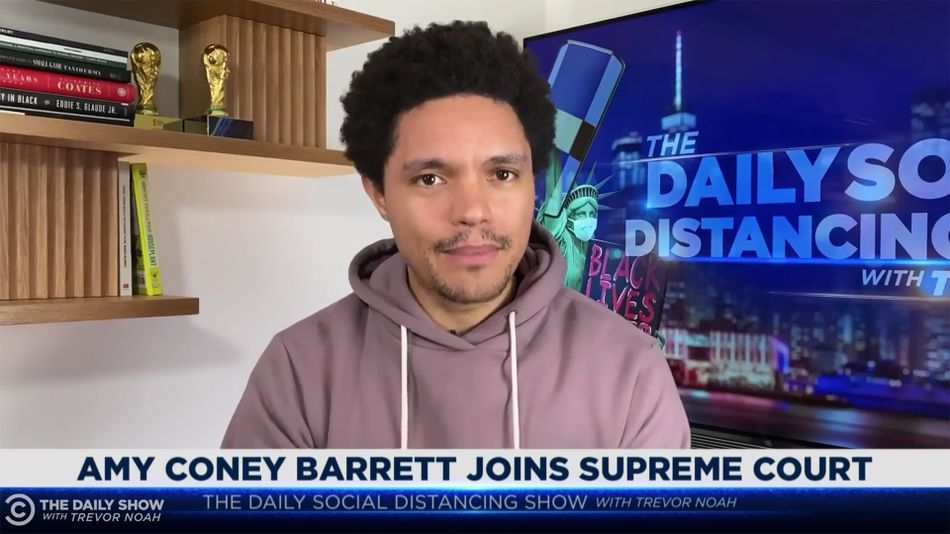 It’s been less than six weeks since U.S. Supreme Court Justice Ruth Bader Ginsburg passed away, but the Republicans have already confirmed Amy Coney Barrett as her replacement.

During Tuesday night’s edition of The Daily Show, Trevor Noah expressed shock at just how quickly the Senate moved to fill the seat.

“I mean normally they take months to do anything, but here they moved so fast it was disorienting,” says the host in the clip above. “It was like when you call customer service and immediately speak to a human being.”

Noah goes on to comment on how Barrett was hustled straight from her confirmation to a ceremony that took place after dark. Read more…

Are You A Tia Or A Tamera? The Surprisingly Subversive Big Question Of Sister, Sister