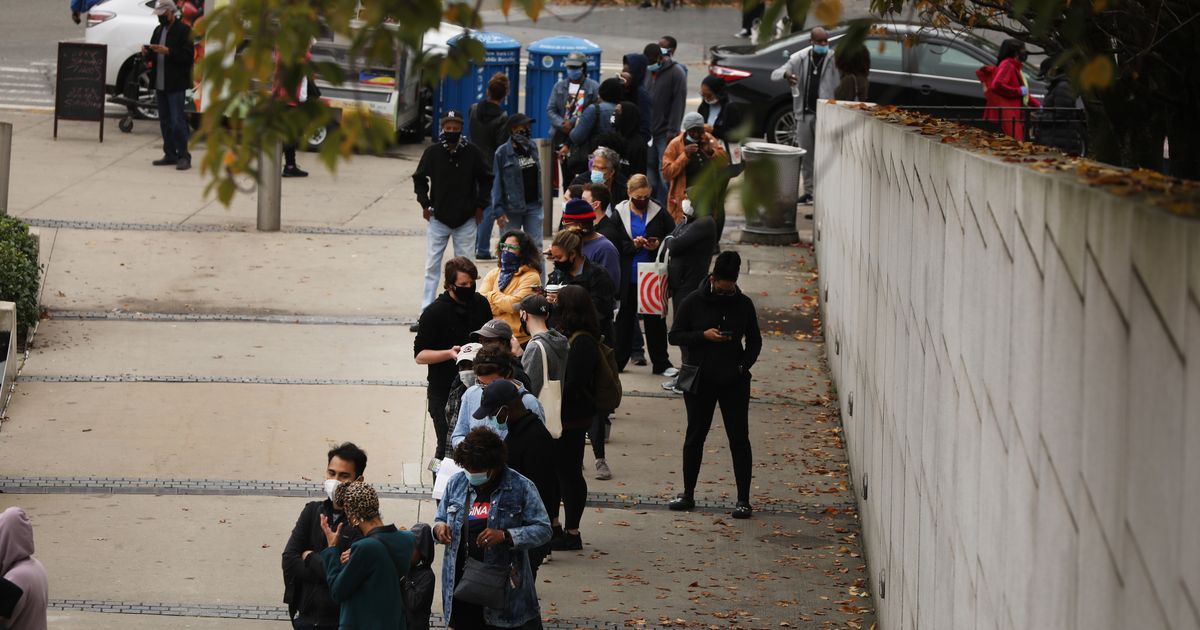 On Thursday evening during the second and final presidential debate, President Trump declared that New York City is a “ghost town.” Just two days later, New Yorkers lined up for the first day of early voting and showed the president that his former city is anything but empty.

Some people brought their own chairs to withstand the hours they might have to wait to vote.

This is an above shot of the line to get into the Flatbush, Brooklyn, early voting location at @KingsBklyn on the first day of early voting in New York. I will walk it to judge the true length, but many people have arrived with folding chairs expecting a wait of hours. pic.twitter.com/Lvu6v5ljmd

Drummers showed up while voters stood in line.

Our own culture reporter Tim Marcin saw the long lines for himself as he waited to vote.

So don’t believe the naysayers who claim the city is dead. New Yorkers show they will have the last word and strengthen our democracy while doing so.

Pelotons are on backorder, so get this fancy Echelon bike that’s on sale instead

Um, this adorable Baby Yoda plush is actually in stock and on sale for Cyber Monday

With American TV on Pause, Here Are 5 British Series to Watch