Trying the Japanese for War Crimes 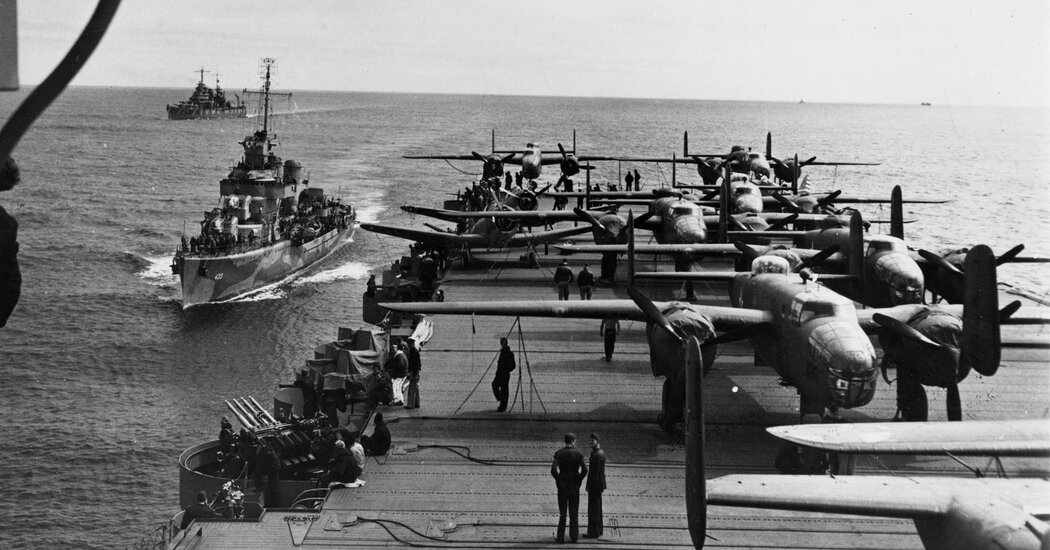 World War II in the Pacific was a war of atrocity. For the Allies, the conflict was defined by Imperial Japan’s ravaging of Nanjing, the aerial bombardment of Chongqing, the Bataan death march of helpless American and Filipino prisoners of war and the sack of Manila. The Japanese were shocked and traumatized by the devastating American firebombing of more than 60 of their cities, including the incineration of Tokyo in March 1945. Not long afterward, Henry Stimson, the American war secretary, privately warned Harry Truman that the Air Force “might have Japan so thoroughly bombed out that the new weapon” — the atomic bombs that would soon annihilate Hiroshima and Nagasaki — “would not have a fair background to show its strength.”

The aftermath of the war brought a long and uncertain accounting for these horrors, which fuels tension to this day. In “Last Mission to Tokyo,” Michel Paradis explores the debates about wartime justice through an incident familiar to many Americans: the air raid on Tokyo and other Japanese cities in April 1942 led by Lt. Col. James H. Doolittle, which was a daring counterstrike in response to Pearl Harbor and meant to demonstrate that Japan’s home islands were not invulnerable.The story of the Doolittle raid has been told often, from Ted W. Lawson’s “Thirty Seconds Over Tokyo” (1944) to James M. Scott’s comprehensive “Target Tokyo” (2015), as well as the jingoistic, sledgehammer-stupid movie “Pearl Harbor” (2001). Yet in his engrossing procedural of a war crimes trial, Paradis offers a more troubling history than some triumphalist American chronicles of the Doolittle raid.

The real subject of “Last Mission to Tokyo” is not the raid but the fate of eight American airmen who were captured afterward by Japanese troops in occupied Chinese territory. Three of them were given cursory show trials and executed as war criminals in October 1942. At the behest of Hideki Tojo, Japan’s prime minister, the remaining five prisoners had their sentences commuted by Emperor Hirohito to life imprisonment, although they were subsequently assaulted, tortured and held in conditions so awful that one of them died of illness and malnutrition.

When the Japanese Empire surrendered in August 1945, it accepted the Allied demand that “stern justice shall be meted out to all war criminals, including those who have visited cruelties upon our prisoners.” The top Japanese leadership — including the militaristic Tojo, who planned the attack on Pearl Harbor — faced an international Allied war crimes tribunal in Tokyo, while lower-ranking suspects accused of conventional war crimes or crimes against humanity were hauled in front of numerous special courts set up by various Allied countries. Paradis’s book tells how four Japanese officers held responsible for the killing of the Doolittle airmen were tried as suspected war criminals by a United States military commission in postwar Shanghai.

“Last Mission to Tokyo” is as concerned with the machinations of prosecution and defense lawyers as with the Doolittle fliers themselves. Paradis, himself a Pentagon lawyer who defends detainees held by the American military at Guantánamo Bay, has a keen sense of the injustices, vagaries and ironies of war crimes trials. His book’s authority is the result of substantial archival research. He gives a chilling account of Japan’s scramble to find legal grounds for executing the American prisoners. When the Japanese War Ministry’s legal department concluded that it would be illegal to execute prisoners of war, they were informed that “the execution would take place regardless of the legality.” If necessary, the Kempeitai, the notorious military police, would falsify the records to make it appear that the helpless Americans had resisted capture.

Paradis’s account points blame less at the four Japanese defendants facing the military commission than at the senior Japanese leaders who launched the war, including Tojo and other powerful militarists. An idealistic young Japanese defense lawyer believed that the Japanese defendants, like the Doolittle airmen and “the rest of Japan, were victims of the militarists, who had left millions dead for nothing.” As for Emperor Hirohito, by pardoning five of the American prisoners, he had demonstrated his formal authority and thus implicated himself in the executions of the other three. Yet while Tojo was convicted and hanged as a Class A war criminal by the Allied tribunal at Tokyo, the emperor was never prosecuted, his authority seen by the Truman administration as crucial for ending the war and then for legitimating the postwar American occupation of Japan.

In March and April 1946, shortly before the American military commission rendered its verdict in the Doolittle case, Hirohito — facing public calls for his abdication or trial — gave a series of self-exonerating monologues to his aides behind closed doors at the Imperial Palace. (In a richly researched book, this is a rare piece of evidence that Paradis overlooked, although it only enriches his story.) The emperor himself, who feared the militarists and almost never defied them, judged the three executed Americans as innocent: “In fact there seem to have been antiaircraft guns and antiaircraft machine guns at the place attacked by the aircraft, so I think the three men also were not responsible.”

The war in the Pacific, which the great historian John W. Dower has described as a merciless clash fueled by racist hatreds, offers painful opportunities for self-reflection. While Paradis avoids lazy moral equivalences, his book, like any true war story, has something to disquiet nationalists of all stripes. For Japanese right-wingers who denounce the Allies’ trials of war criminals as victors’ justice, it is telling to see the crude proceedings — lasting perhaps an hour — that the Japanese Empire used to condemn the three Doolittle airmen. For American patriots, the book carries disturbing reminders about the many civilians killed in the American bombing campaigns that razed Tokyo, Nagoya, Osaka, Kobe and other Japanese cities and towns.

Paradis, who writes with warm affection for the Doolittle flyboys and celebrates their mission, notes that Doolittle instructed his airmen to avoid nonmilitary targets. Yet his book makes it uncomfortably clear that they may well have killed Japanese civilians. To this day, Japanese commemorate the strafing of an elementary school in eastern Tokyo during the Doolittle raid, where a 13-year-old boy was killed. Paradis cites a 2003 study by researchers affiliated with Japan’s Self-Defense Forces that concluded the school was not hit by the bomber carrying the three executed Americans, but that their plane had bombed three homes in Yokohama and strafed another home, killing an infant.

Throughout the book, Paradis rightly condemns wartime Japan for its widespread use of torture. In particular, he notes that the American press ran sensational stories about Imperial Japan’s use of waterboarding, seen as a despicable practice of an outlaw nation. Today, with a president of the United States who has recommended that “we should go much stronger than waterboarding,” it is important to remember that at least three of the captured American airmen from the Doolittle raid were waterboarded by the Kempeitai, a torture then notorious as the “water cure,” among other forms of abuse. Paradis recounts the torture of a Brooklyn-born navigator: “The water had slithered to the back of his throat and then into his lungs, where it had put the panic of death into him.” The State Department protested Japan’s “brutal and bestial methods” and the American public was outraged. That was then.

Why the United States Invaded Iraq

How ‘Keeping Up With the Kardashians’ Changed Everything