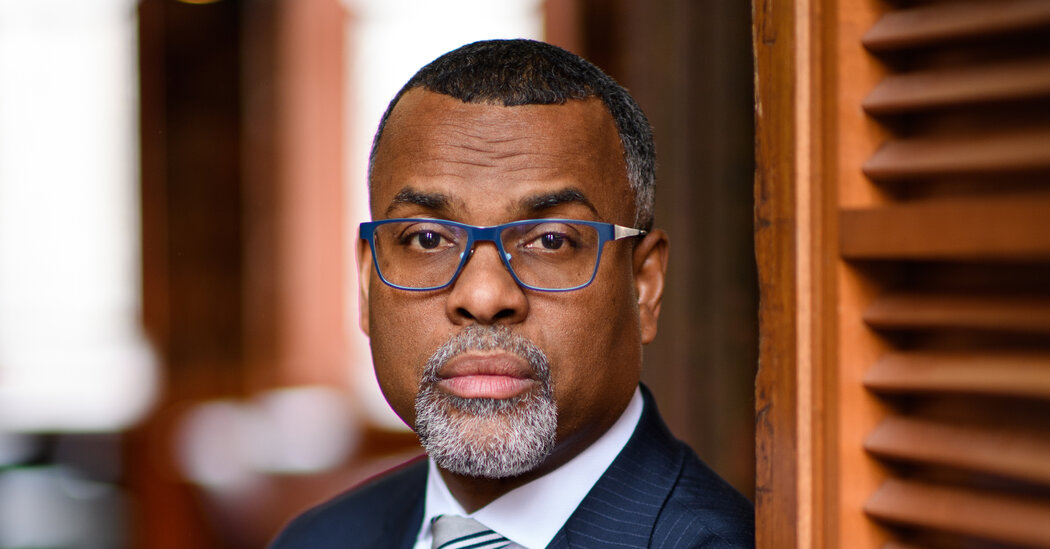 WRITER’S BLOCK Eddie S. Glaude Jr. says he first envisioned “Begin Again,” now at No. 5 on the hardcover nonfiction list, as an intellectual biography of James Baldwin: “But then I ran into this wall. A year went by and I hadn’t written a sentence.”

While on sabbatical from Princeton University, where he is a professor of African-American studies, Glaude rented an apartment in St. Thomas, figuring: “If I’m going to write a book on Baldwin, I need to be out of the country. Baldwin said the best way to think about America is not to be in America.” Hurricane Maria interfered with this plan, so Glaude headed to Heidelberg, Germany. Within an hour of his arrival, he witnessed a horrific scene at a train station that changed the trajectory of his book: Four white policemen piled on top of a distraught Black man. Glaude describes the incident in the introduction to “Begin Again”: “One officer had his knee in the man’s back; the others twisted his arms.”

In a phone interview, Glaude says: “I went back to my apartment and started writing furiously. I realized what I needed to do. I needed to work through my own rage, my own despair, and offer an account of this moment.”

That account — weaving biography, literary criticism and social criticism with a thread of memoir — was originally scheduled to come out on April 24. Then the pandemic hit and Glaude’s publication date was moved to Aug. 4; after George Floyd’s murder, it changed again, to June 30. Glaude says: “We thought the book spoke to the moment. It was heart-wrenching. When I was asked to comment, I found myself reaching for Baldwin.”

Glaude was an undergraduate at Morehouse College when he first read Baldwin’s “The Fire Next Time.” He was fascinated by the author’s ability to hold onto rage and love at the same time, but, he says, “it wasn’t until graduate school when I started reading him seriously. I’d been avoiding him because I knew what he was going to do to me, how seriously he took the dictum that an unexamined live is not worth living.” Baldwin’s outspokenness helped Glaude become a more ambitious writer: “In order for me to be able to take a risk on the page, I had to be honest with myself. I found myself grappling with my own complex past. Part of that involves confronting the fact that my father deposited fear in my gut from a very young age; I’ve been trying to prove that I’m not scared ever since. I have these clusters of stories around that fear that I have to write through.”

Tags: Begin Again: James Baldwin's America and Its Urgent Lessons for Our Own (Book)Books and LiteratureGlaude, Eddie S Jr

Poem: i want to speak of unity

The German lake house that saw history up close

Elena Ferrante Returns With ‘The Lying Life of Adults’