‘Unpregnant’ Review: Friendship Is a Long and Winding Road 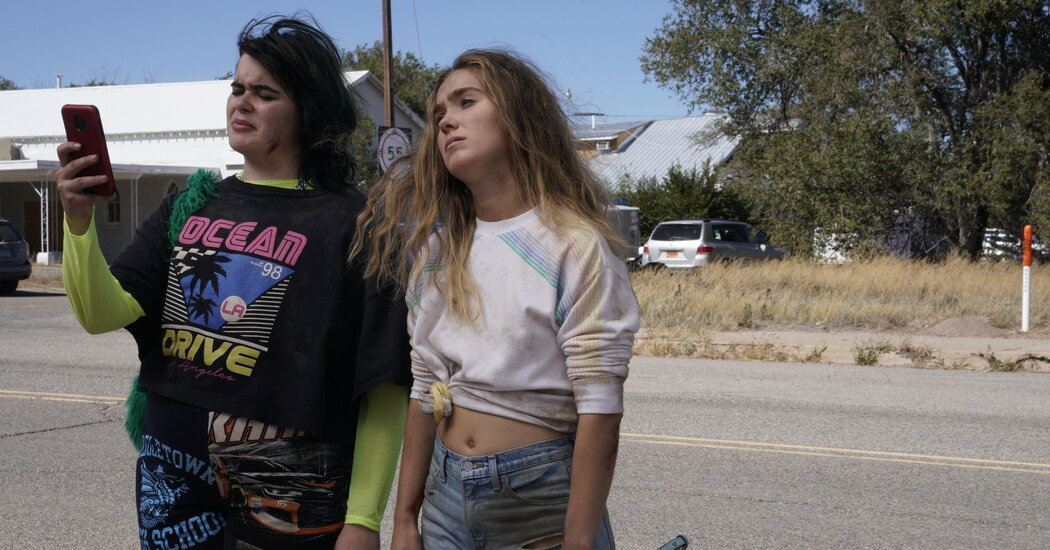 “Unpregnant” is the second film this year, after “Never Rarely Sometimes Always,” to feature a pair of teenage women crossing state lines to obtain an abortion. In both movies, as in real life, the characters’ home states mandate parental consent for minors. But in contrast to that earlier, quietly distressing story, “Unpregnant” takes this real-world issue as the premise for an energetic buddy comedy.

The film, streaming on HBO Max, follows Veronica (Haley Lu Richardson), a strait-laced overachiever who discovers that she’s pregnant in the bathroom of her Missouri high school. The sole witness to her positive test is her one-time best friend, the plucky, punky Bailey (Barbie Ferreira), who happens upon the private moment. Hoping to keep her pregnancy a secret, both from the gossipy social scene and her religious parents, Veronica enlists Bailey on a drive to the closest clinic that will take her, in Albuquerque, New Mexico.

The road trip reacquaints the girls, who have drifted in recent years but retain the chummy habits and easy rapport of old pals. There are traces of “Booksmart” and, preceding that, “Superbad” in their silly, often improbably reckless adventuring, as when they ditch the vehicle Bailey admits she nicked from her mom’s boyfriend. “Unpregnant,” directed by Rachel Lee Goldenberg, never quite reaches the sharp comic style of those other raucous movies, but it distinguishes itself in its destination. As the girls navigate their journey, it’s easy to read their absurd snafus as a metaphor for the obstacles to women’s health care.

Still, restricted access to abortion is less a topic to grapple with in “Unpregnant” than a given in its world, and other than one particular on-the-nose outburst, the movie declines to moralize. Its driving force may seem topical, but the story’s heart is timeless: the harmony between longtime friends, and Veronica and Bailey throw themselves into even the most fraught situations with giddy enthusiasm.

Can’t Match Netflix? At Least You Can Buy Some British Shows

‘Desert One’ Review: The Iranian Hostage Rescue That Wasn’t