Vintage Alfa Romeos to Be Auctioned at Sotheby’s

by VIPortal Team
in Arts, Design
0 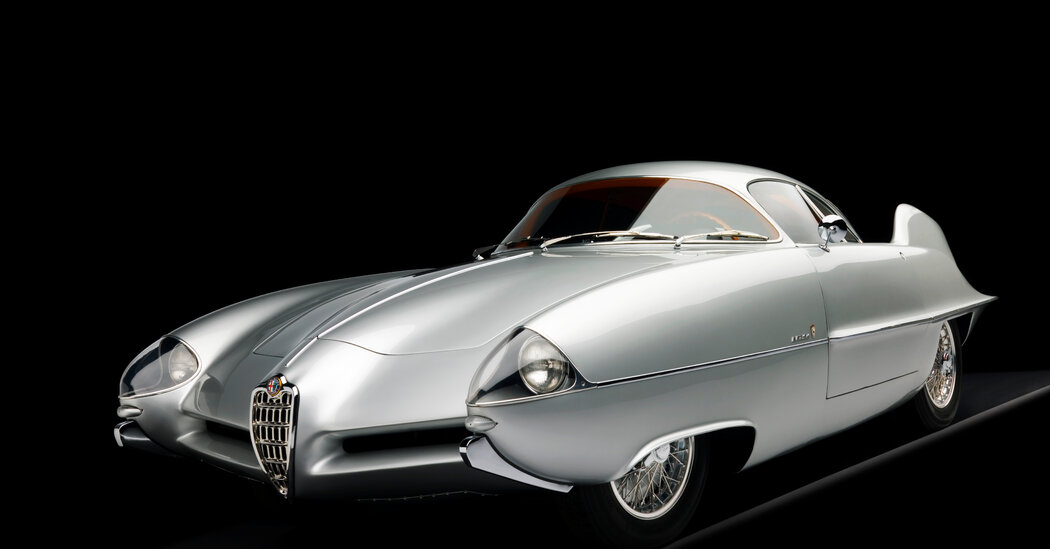 The event will be live-streamed at Sotheby’s.com beginning at 6 p.m. Eastern.

The three vehicles represent “possibly the best examples of cars as works of art,” said David Galperin, who heads the Wednesday evening events in New York. The cars will be shown alongside works by the postwar Italian artists and designers Lucio Fontana and Carlo Mollino, among others, as well as paintings by Mark Rothko, Clyfford Still and Brice Marden.

Produced by the coach-builder Bertone in 1953, 1954 and 1955, the B.A.T. cars 5, 7 and 9 were designed by Franco Scaglione, whose work included creations for Fiat, Siata, Maserati, Lamborghini, Aston-Martin and the German automakers NSU and Porsche. His last project for Alfa Romeo, 1967’s gull-wing Stradale 33, was said to be the fastest and most expensive automobile of its time.

For their part, the B.A.T. cars achieved more than a sculptural triumph. Built on otherwise ordinary Alfa road chassis, their aerodynamic attributes approach those of modern-day cars. B.A.T. models 5 and 7, for example, equaled and surpassed the wind drag performance of today’s Tesla Model 3 and even Porsche’s Taycan Turbo. Moreover, Scaglione, who died in 1993, accomplished those results without the benefit of current tools like wind tunnel testing or computer-aided design.

“The three cars were more than just design studies and a showcase of what the world’s best panel beaters and craftsmen could create,” Sotheby’s said in a statement. “They were also an incredibly effective demonstration of forward-thinking design.”

“Pencil in his left hand,” Scaglione “drew the shapes his mind visualized,” according to francoscaglione.com, a website based on interviews with his daughter Giovanna. “His dream was of an automobile that, like a falling drop of rainwater in the air, could glide along with only the slightest turbulence and with the least friction possible, a car that could travel quickly without disturbing the outside air.”

A 1937 graduate of the University of Florence, Scaglione was among a group of postwar Italian designers whose artful shapes graced European automobiles and influenced American ones. Echoes of B.A.T. 7 are cited as being evident in the split-window design of the 1963 Corvette Stingray, for example.

To Don Williams, president of the Blackhawk automotive museum in Danville, Calif., the B.A.T. cars have a personal significance. “I love them,” he said. “They were the most artistic exercise in the history of automotive design.”

It was Mr. Williams who organized the cars’ first group exhibition at Pebble Beach Concours d’Elegance in 1989 in Carmel, Calif.

And it was Mr. Williams who lovingly oversaw the threesome’s display at the Blackhawk Museum from 1989 until the early 2000s.

“They weren’t really designed to be driven, however,” conceded Mr. Williams, probably one of the few humans to ever pilot a B.A.T. car. “The rearview visibility just isn’t very good at all.”

Barry Gibb Has a Mission: ‘Keep the Music Alive’

‘Mayor’ Review: Leading a City With the World Watching

Artists denounce use of their songs by Trump campaign