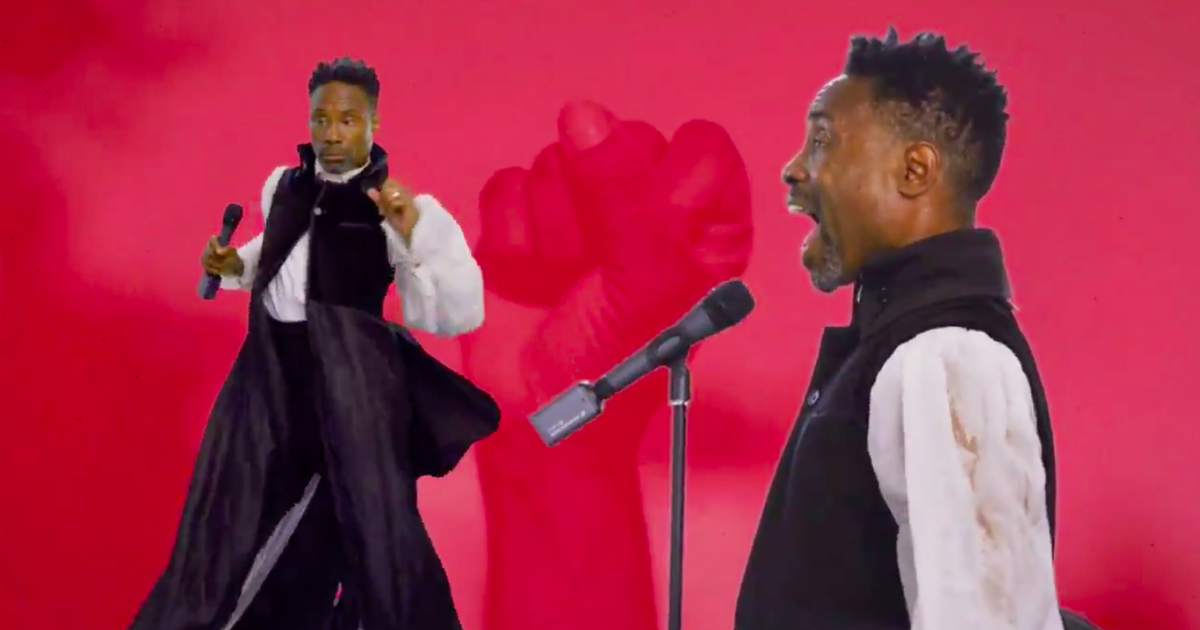 For reasons that should be painfully obvious, this year’s major party conventions are online-only affairs, bringing that Zoom meeting energy to the red, white, and blue-festooned spectacle of sort-of-representative democracy.

The Democratic Party will nominate Joe Biden as its presidential candidate this week, and kicked off the event on Monday night with speeches from Michelle Obama, Bernie Sanders, former Republican presidential candidate and congressman John Kasich, and a few ordinary Americans with a story to tell. And, though anyone watching on TV may not have seen it because almost all the networks cut away for commentary, the night closed out with Emmy-winning Pose star and red carpet king Billy Porter absolutely serving a passionate protest anthem in thigh-high boots.

Porter performed his cover of Buffalo Springfield’s famous 1966 protest song “For What It’s Worth (Stop, Hey, What’s That Sound)” which you might also know from literally every Vietnam War movie or Public Enemy’s “He Got Game.”

Stephen Stills, who wrote the song in 1966, joined Porter remotely to play his iconic two-note guitar riff, but like he told Variety, it was all Porter’s show, against a literal and cultural backdrop of protest signs, Black Lives Matter demonstrations, and rippling stars and stripes.

The green screen is hilariously low-tech at first, and Twitter had fun with that.

I don’t care what any of you say, sitting through this whole thing this whole thing was worth it to watch Billy Porter in a lavender-lined cape singing Buffalo Springfield against a public access green screen, people

Any hint of cheese is quickly overtaken and/or complimented by Porter’s performance. Those pipes, the dance moves, and the drama of his incredible outfit: A puffy shirt, suede thigh-high boots, and high-collared vest that lengthens into a dramatic floor-length split train with an enormous trailing back bow. The vibe is “winning look on a Hamilton-themed Drag Race runway maxi challenge” and I mean that as the most genuine of compliments.

It’s just a shame most people watching on TV missed it. What’s that sound? It’s a Black queer icon strutting into the Democratic National Convention and singing so hard he sweats through the puffy sleeves of his Gay Founding Father couture only to be talked over by dudes who look like Brian Williams and Jake Tapper.

You can watch the full first night in the video below (with ASL and Spanish-dubbed versions too). Michelle Obama’s speech can be found at 1:47:30 in, and Senator Bernie Sanders is at 1:37:12.

Save 53% on lifetime access to language courses from Rosetta Stone

What’s on TV Tuesday: The Democratic National Convention and ‘I Quit’

John Cleese Intends to Have His Unread Books Buried With Him

What Would You Include in the Criterion Collection?