When Home Is a Big Broadway Stage

by admin
in Arts, Music, Theater
0 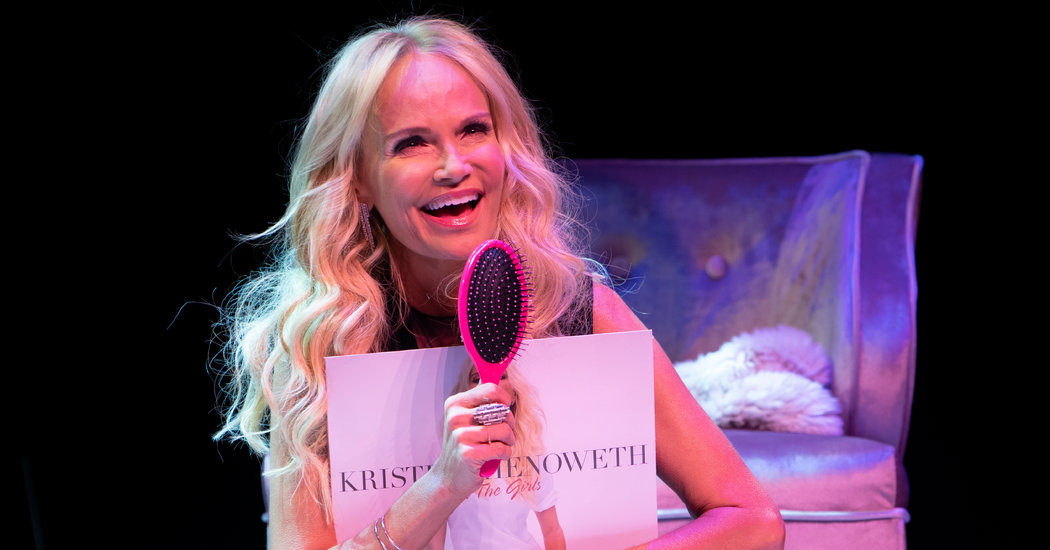 Want to hang out at Kristin’s or Ian’s place? Come on, it’ll be fun. We’ll kick back, gossip about famous friends, join in singalongs and — if we’re lucky — take a gander at prized possessions from their collections of memorabilia: Glinda’s magic wand, perhaps, from the musical “Wicked,” or Gandalf’s mighty sword from the “Lord of the Rings” movies.

As they say, there’s no place like home — especially when it’s a big Broadway stage.

Last week, I had the chance to spend some personal time with two much adored, Tony-winning performers, Kristin Chenoweth and Ian McKellen. She’s appearing through Nov. 17 in “Kristin Chenoweth: For the Girls,” which opened on Friday at the Nederlander Theater. He touched down at the Hudson Theater on Tuesday for a one-night charity performance of “Ian McKellen on Stage: With Tolkien, Shakespeare, Others … and You,” with which he’s been touring Britain.

These two wouldn’t seem to have much in common. For starters, they are separated by more than a foot in height and three decades in age. Chenoweth, 51, is best known as an ebulliently American musical comedy diva, while McKellen, 80, is one of the all-time great British classical stage actors, with a lucrative sideline in fantasy action movies.

Fame can be a great leveler, though. And seeing McKellen and Chenoweth in the same week, I was struck by how much their shows shared as acknowledgments of their respective, equally passionate fan bases. Note the implicit collective embrace in each of their productions’ names.

The “and You …” of McKellen’s title puts the audience on equal footing with him, Tolkien and Shakespeare. (That Tolkien gets billed over Shakespeare isn’t a matter I’m going to parse.) “For the Girls,” which is also the title of Chenoweth’s new album, exudes the snuggly promise of a slumber party, in which boys can be honorary girls if they behave.

And while Chenoweth hails from Broken Arrow, Okla., and McKellen from Lancashire, England, each appears to regard returning to Broadway as a homecoming. Both announced early in their shows, with roaring contentment, how happy they were to be back on the Great White Way.

They proceeded to treat their theater palaces as if they were outsize studio apartments where everyone gathers around the table to gab. Yes, each did what she or he does best — singing, with octave-stretching virtuosity (Chenoweth) and sonorously reciting immortal verse (McKellen).

But these performances were rendered with a disarming, self-interrupting casualness, suggesting a happy ham at home among friends. And they often directly involved the audience. “Do you want it? Do you want it?” Chenoweth shouted to the audience, before she hit a high D in concluding a song. McKellen, in his show’s second act, asked theatergoers to yell out names of plays by Shakespeare, to cue whatever he did next.

It goes without saying that narcissism is essential to such endeavors. Any show styled as “An Evening With….” could just as well have the title of Elton John’s juicy new memoir, “Me.” But both stars are well aware that there wouldn’t be a Me, at least the capitalized version, without You.

And more than, say, the sort of stadium stage ruled by rock stars or a Comic-Con forum that showcases actors from superhero flicks (that includes McKellen, by the way), a Broadway house fosters the illusion of palpable intimacy. One of the first things McKellen did in his show — directed by his former romantic partner and longtime collaborator Sean Mathias — was to invite a few audience members onstage to fondle the sword he used playing the wizard Gandalf.

The beginning of “For the Girls,” directed by the record and concert producer (and celebrated diva handler) Richard Jay Alexander, found Chenoweth alone onstage, back to the audience in an oversized T-shirt, with a 7-11 Big Gulp soda on the grand piano. She turned around and feigned exaggerated embarrassment, as if we had caught her unaware in her scanties.

While it’s easy to make fun of stars playing gracious host to us little people out there in the dark, an aura of easygoing generosity and gratitude pervaded both works. Chenoweth repeatedly brought her two, highly individual backup vocalists, Crystal Monee Hall and Marissa Rosen, into the spotlight for solos, and asked them about their starts in showbiz.

On Friday night, there were also guest appearances from Brittney Johnson, these days the standby for Glinda (a role originated by Chenoweth) in “Wicked,” and the divine operatic mezzo Jamie Barton, who was allowed to pretty much run away with the show singing the novelty number “Alto’s Lament.” Chenoweth, whose freakishly wide-ranging voice can accommodate a multitude of styles, sang Judy Garland favorites, country and western numbers, a Carpenters hit and a gospel crowd rouser.

McKellen spent much of the first act talking about falling in love with theater, working with titans like Laurence Olivier and, above all, coming out as a gay man, which he did at 47. (He mingled with the audience during intermission and afterward personally swung the bucket for donations to the nonprofit theater organization Only Make Believe.)

Chenoweth, like McKellen, is an ardent activist for gay rights. Both pointedly reminded us of how to spell their names and spoke of their religious upbringings (McKellen is descended from a line of Protestant ministers) and current convictions about the existence of God, which, for the record, are not the same.

Sometimes they even got down to the business of doing what they do best. McKellen’s mesmerizingly idiosyncratic recitations from “Hamlet,” “Macbeth” and “The Tempest” — which located a brooding acknowledgment of existential nothingness in three very different works — had me shivering.

And when, as a finale, Chenoweth tossed aside the microphone to deliver a heartbroken rendition of “I Will Always Love You” (by Dolly Parton, one of the many female singers to whom tribute was paid), I found tears in my eyes for the first time that night.

These moments reminded us of why such colossally talented individuals are worthy of our attention in the first place. Me, I’m happiest when my theater gods stay on Olympus when they’re performing. But in this paradoxical age of egalitarian celebrity, when stars are our very best friends, I’m probably in the minority.

Kristin Chenoweth: For the Girls

When Bantering With the Crowd Is the Whole Point