Where to Stream Carl Reiner’s Best TV Shows and Movies

by VIPortal Team
in Movies, Television
0

The ‘Purge’ Films Reveal the Ugly Truth About America 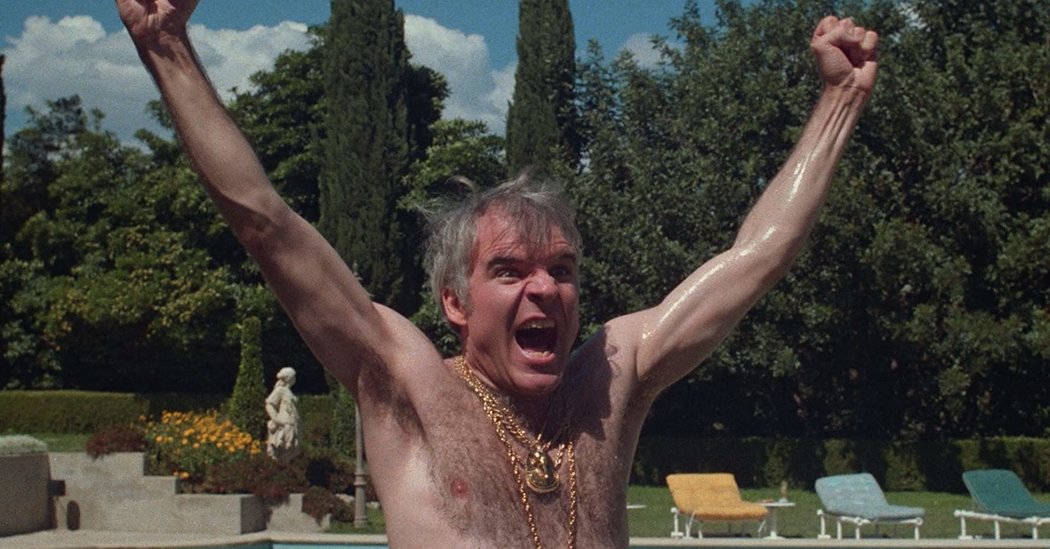 It sounds crazy to say that Carl Reiner’s death was unexpected, given that he was 98 when he passed away on Monday night. But he’s been with us so long and has cast such a long shadow over seven decades of popular culture, that it seemed that he (like his best pal Mel Brooks) might just live forever.

Over the course of his near-century on earth, Reiner was a television performer, a sitcom creator, and both a film actor and filmmaker, bringing his distinctive wit and grace to every project. Here are a few of the streamable highlights.

(Stream on Tubi or on Shout Factory TV.)

Reiner’s first big break was as a regular performer on “Your Show of Shows,” the groundbreaking live sketch comedy show, where he honed his skills as a straight man for the star, Sid Caesar. (Sadly, “Your Show” is MIA from the streaming services.) He also became friends with one of the junior writers, an up-and-comer named Mel Brooks, and they developed an improvised routine in the writers’ room in which Reiner would interview a recently excavated 2,000-year-old man, played by Brooks, about the countless historical events he’d witnessed. Reiner and Brooks first performed the double act at parties for friends, before translating it to nightclubs, comedy albums and television talk shows. This 2012 documentary, which features contemporary interviews with Reiner and Brooks, details the creations and proliferation of the act — but it’s most valuable for the priceless archival footage and audio of those hysterically funny routines.

(Stream on Hulu, Prime Video and Tubi. Buy on Amazon and Apple.)

You could never accuse Reiner of suffering from too much pride. When “Your Show of Shows” ended, he attempted to turn his experiences juggling television work and family life into a situation comedy. He shot a pilot for the series, then called “Head of the Family,” with himself in the lead — by his own admission, it didn’t work. So instead, he reworked the series with Dick Van Dyke in the lead, casting himself as Alan Brady, the Sid Caesar-style star of the show-within-the-show, and a television classic was born. “The Dick Van Dyke Show” is a sparkling, sophisticated sitcom, featuring Van Dyke at his pratfalling best, the inimitable comic chemistry of Morey Amsterdam and Rose Marie, and Mary Tyler Moore becoming a television icon before your very eyes.

After the success of “The Dick Van Dyke Show,” Reiner began to work more behind the camera in both film and television. His breakthrough directorial effort, “Where’s Poppa?” (1970), is not currently streaming, but he had a megahit seven years later with this gentle, playful comedy from a script by Larry Gelbart (“Tootsie”). John Denver stars as Jerry Landers, an affable supermarket manager who is contacted by God — taking the human form of cigar-chomping vaudevillian George Burns — and asked to spread his message of love and understanding. Reiner’s light touch keeps the film from degenerating into either cheap blasphemy or heavy-handedness; it’s a charming movie, featuring Burns’s best film performance.

After the success of “Oh, God!,” Reiner embarked on his most fruitful collaboration since his days with Mel Brooks: a six-year, four-film run with the comedian-turned-actor Steve Martin. Their first film was basically an adaptation of Martin’s absurdist stand-up act, with Martin starring as Navin Johnson, a spectacularly stupid Everyman who nevertheless finds fame and fortune before losing it all. (Reiner makes a cameo appearance as himself.) Both as a performer and a director, Reiner excelled at spotlighting the unique comic gifts of his collaborators; here, he builds a W.C. Fields-style blackout-sketch vehicle around the Martin persona, and creates a comedy classic in the process.

Reiner and Martin’s next picture was even more collaborative, with Reiner joining in on screenwriting duties with Martin and George Gipe to craft a spoof of the detective movies and noir films of the 1940s. The execution was ingenious: via careful camera choreography and cinematography, Reiner used clips from real films of the era, resulting in uproarious scenes of Martin interacting with such legends as Humphrey Bogart, Ingrid Bergman, Edward G. Robinson and Barbara Stanwyck. “Dead Men” is thus both a sendup of those movies and an affectionate valentine to them, serving as Reiner’s most overt expression of his lifelong cinephilia.

The duo continued to spoof genre films of the past with this satire of cheap sci-fi in general and mad scientist movies in particular. Martin stars as Dr. Michael Hfuhruhurr, who develops an innovative screw-top method of brain surgery and falls in love with a transplanted brain (voiced by Sissy Spacek). This wildly silly premise gets extra comic juice from Kathleen Turner’s droll supporting work as Hfuhruhurr’s gold-digging wife, a femme fatale turn that wittily sends up her own performance in the neo-noir “Body Heat” two years earlier.

Reiner and Martin’s final collaboration, and one of their most successful, finds Martin starring as Roger Cobb, an ambitious lawyer whose millionaire client (Lily Tomlin) attempts to transfer her soul into a younger body, but ends up putting it into Cobb’s. The clever notion of two warring souls fighting for possession of a single body must’ve been catnip for a physical comedian of Martin’s skill, and Reiner delicately orchestrates the screwball premise into one of the great comedies of the 1980s.

Once again displaying a keen eye for new talent, Reiner followed up the Martin quartet with one of the first starring vehicles for John Candy, then best known for his work on “SCTV” and scene-stealing supporting turns in films like “Splash,” “Vacation” and “Stripes.” Candy stars as a harried air traffic controller who tries to take his family on an extended Florida beach vacation; he’s seeking rest and relaxation, but just about everything that can go wrong does. In his direction of the high jinks, Reiner shows an early understanding of the quality that made Candy’s later films with John Hughes so memorable: that underneath all his slapstick bluster, there lurked a gentle, sensitive soul.

Reiner’s later directorial efforts were hit and miss, but there’s a case to be made for this 1990 picture, which finds Reiner making his first full-on black comedy since “Where’s Poppa?” nearly two decades earlier. Kirstie Alley stars as a bored housewife whose one-time sexual tryst has deadly consequences, resulting in an ever-widening array of complications and implications; the ace supporting cast includes Bill Pullman, Sam Elliott, Jami Gertz, Ed O’Neill and Carrie Fisher.

In his later years, Reiner kept busy with a variety of acting appearances, mostly on television (including “Two and a Half Men,” “Hot in Cleveland” and “Family Guy”). He found his highest-profile film work as a member of the team of thieves in Steven Soderbergh’s “Ocean’s” trilogy; Reiner has his moments in all of them, but he’s probably best in the first of the series, performing the picture’s best fake-out (a carefully prepared health scare) like an absolute pro. Reiner was the elder statesman of the all-star cast, and the trilogy admirably treats him like what he had become: a living legend.

The ‘Purge’ Films Reveal the Ugly Truth About America

Lorraine Bracco Goes Searching For Her Sicilian Slice of Life

What’s on TV This Week: ‘This Is Us’ and ‘The Haunting’

New Audiobooks, From Thomas Cromwell to the World of Darkness

Indian cinemas reboot after months of blackout from virus

Smithsonian Chief Says He Will Look Into Staff Complaint of Racism