William Pursell, Musician of the Nashville Sound, Dies at 94

“The Meaning of Mariah Carey”: 7 Takeaways From Her Memoir 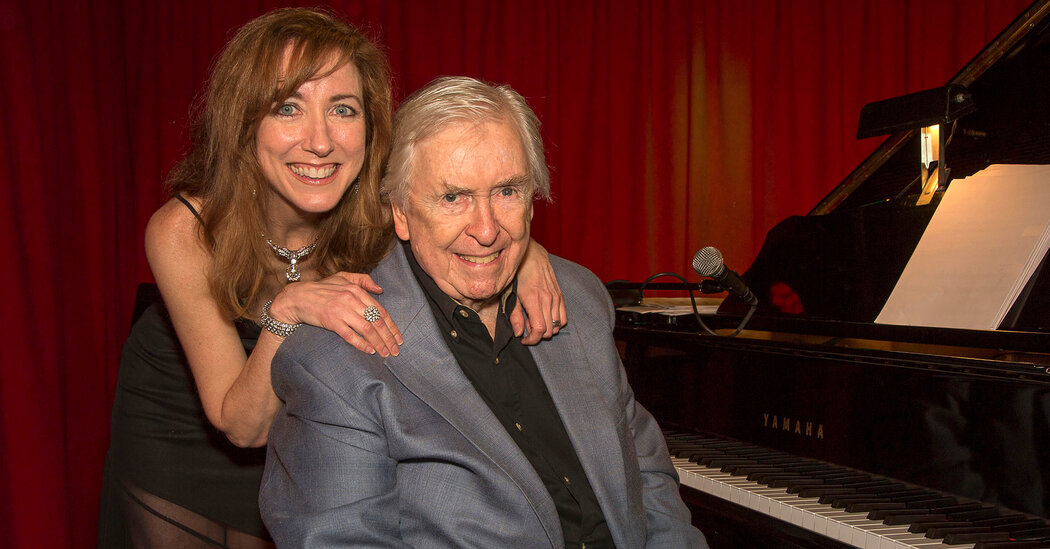 William Pursell, a composer and Nashville studio pianist with a grounding in the conservatory whose version of “Our Winter Love” was propelled onto the singles charts in 1963 and became a Christmas playlist favorite, died on Sept. 3 in Nashville. He was 94.

His daughter, Laura Pursell, said he died after contracting the novel coronavirus and developing pneumonia.

Mr. Pursell was touring as a jazz and R&B musician in 1960 when the country singer Eddy Arnold heard him play and suggested he seek work in the Country music capital, Nashville. Columbia Records signed him and two years later, his piano performance of “Our Winter Love” by Johnny Cowell, accompanied by massed strings and a chorus of oohs and ahhs, hit No. 9 on the Billboard Hot 100.

According to one account, Mr. Pursell and a colleague, the saxophonist Bill Justis, were captivated by the tune after hearing it played on a demonstration record at the wrong speed.

In “Crooked River City: The Musical Life of Nashville’s William Pursell” (2018) by Terry Wait Klefstad, he was quoted as saying he never made money from the recording’s success.

In the 1960s and 1970s, he worked as a session musician, performing as a pianist in recording sessions for industry stars, including Joan Baez, Johnny Cash, Patsy Cline, Bob Dylan, Willie Nelson and Johnny Paycheck.

Pursell earned two Grammy nominations. One was for his performance on the album “Listen” for the singer Ken Medema in 1974. The second was for his 1978 arrangement of “We Three Kings” for a National Geographic album.

Whitney William Pursell was born on June 9, 1926, in Oakland, Calif. His father was Arthur Pursell, a high school principal and an amateur astronomer and clarinetist, and his mother, Delia (Peterson) Pursell, a nurse.

Raised in Tulare in California’s Central Valley, he studied composition at the Peabody Conservatory of Music in Baltimore with time out to serve during World War II as an arranger for the Army Air Forces Band. In 1949, he began studying at the Eastman School of Music in Rochester, N.Y., from which he graduated with bachelor’s and master’s degrees in composition. He earned a doctor of musical arts degree there in 1991.

He began teaching composition at the Belmont University School of Music in Nashville in 1980 and retired in 2017.

In addition to his daughter Laura, an actress and singer, his survivors include his daughters Ellen Spicer and Margaret Pursell; sons Bill and Arthur Pursell; and four grandchildren. A daughter, Sharon, died in 2012. His first two marriages ended in divorce. His wife, Julie (Crow) Pursell, died in 2018.

Mr. Pursell’s recording studio tenure coincided with a nuanced transition from the honky-tonk country music popularized by the Grand Ole Opry to the smoother so-called Nashville Sound. According to “Crooked River City,” Mr. Pursell played an important role in the transformation, but never received credit.

The reasons, Mr. Klefstad suggested, were that Mr. Pursell might have been discounted because he came from California, not from the South and because, unlike many of his Country music colleagues, he had been trained as a classical musician and “was not savvy enough, at least at first, to conceal his abilities.”

“To Nashville musicians,” Mr. Klefstad wrote, “his ability to read music and play Rachmaninoff was just one more sign that the traditional Nashville country sound was fading.”

“The Meaning of Mariah Carey”: 7 Takeaways From Her Memoir

Care for a Cup of Satanic Chamomile?

Alan Partridge: Petition to buy statue for his ‘home’ city of Norwich

Review: ‘In Love and Warcraft’ Serves Romance for Noobs