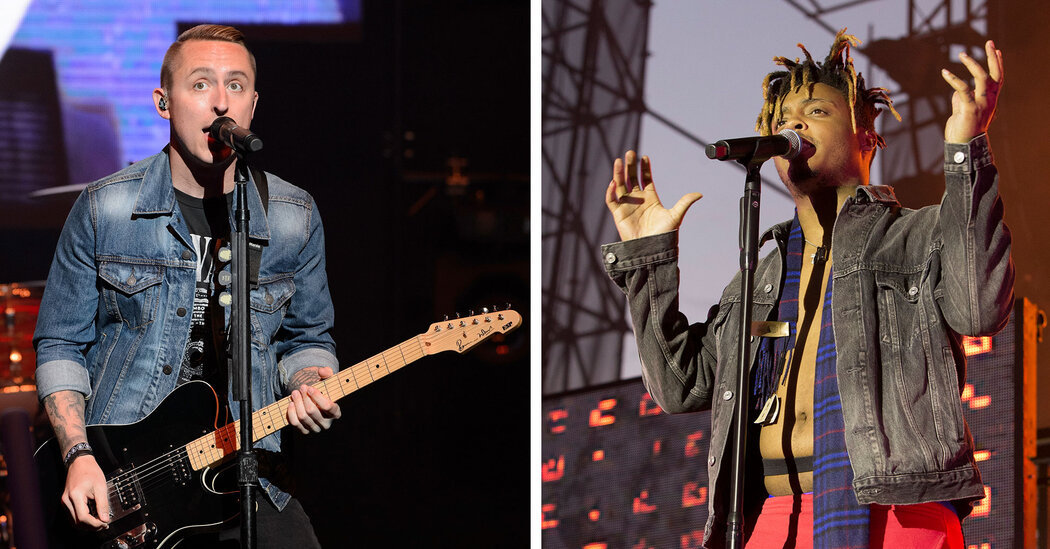 Music copyright cases often come down to esoteric points of law and musical analysis, with lawyers and academic experts dissecting melodies for signs of similarity. But in one prominent recent case, the deciding factor may simply have been whether a rock band wanted to pursue a grieving mother.

Last October, the 2000s-era emo band Yellowcard filed what at the time seemed to be a routine infringement case against Juice WRLD, a fast-rising rapper and singer. The band accused Juice WRLD of copying the melody of its 2006 song “Holly Wood Died” without permission for his breakthrough hit, “Lucid Dreams,” and asked for at least $15 million in damages.

But two months later, Juice WRLD, whose real name was Jarad Higgins, died at the age of 21 of an accidental drug overdose, and he was memorialized as a tragic symbol of the SoundCloud rap generation. For the last two weeks, a posthumous album, “Legends Never Die,” has held the No. 1 spot on Billboard’s charts with gigantic streaming numbers.

Just weeks after Juice WRLD’s death, the members of Yellowcard said they wanted to continue with the case, despite what their lawyer, Richard S. Busch, acknowledged were awkward “optics.” The case was stayed in February until Juice WRLD’s estate could name a personal representative, or executor.

In the music industry, Busch is widely feared as a hard-charging lawyer who often represents plaintiffs in music copyright cases. His biggest achievement was winning the “Blurred Lines” case against Robin Thicke and Pharrell Williams on behalf of the family of Marvin Gaye — a case that yielded a $5.3 million judgment and became perhaps the most controversial music copyright case in decades.

Yet in court papers on Monday, the “Lucid Dreams” case was quietly dropped. According to a one-page form signed by Busch, the band was voluntarily withdrawing its lawsuit.

A lawyer for Juice WRLD and his estate, Christine Lepera, said in an interview that there had been no settlement in the case, and that there would be no changes to the credits of “Lucid Dreams.” (The credits had already been changed once before, when Sting and a collaborator were given writing credit — and 85 percent of the song’s royalties — for unauthorized use of a sample.)

One clue was a court filing a few weeks ago, in which lawyers on Juice WRLD’s side noted that his estate had appointed his mother, Carmela Wallace, as its personal representative. That meant that the case could now move forward — and would have pitted the four men of Yellowcard against a woman who had recently lost her 21-year-old son.

In a statement, Busch noted that the decision to drop the case was made by the band.

“My clients are very sympathetic not only of Juice WRLD’s death,” Busch said, “but also needed time to decide whether they really wanted to pursue the case against his grieving mother as the personal representative of his estate.”

It is possible, though, that the band could change its mind and sue again. The dismissal of its case, Busch said, was made without prejudice — meaning, he added, “it can be refiled.”

'Challenge Accepted' on Instagram: Black and White Selfies for Women

A Suitable Boy Shows Love And Turmoil In Post-Partition India