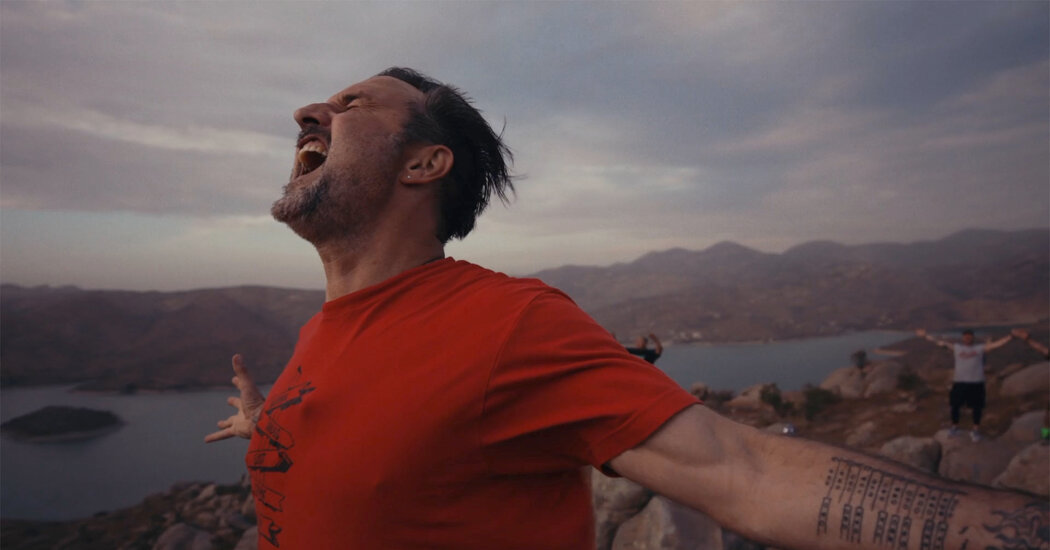 When the admirably raw documentary “You Cannot Kill David Arquette” begins, its title subject is out of shape and recovering from a recent heart attack. His mental health and his recent sobriety both seem shaky, and his film career has not lived up to early promise. But it’s not acting that haunts David Arquette’s dreams. Instead, he fantasizes about professional wrestling.

Arquette first entered the land of power-slams and neck-breakers in 2000, when, after making the wrestling movie “Ready to Rumble,” he was crowned the heavyweight champion in a publicity bid for World Championship Wrestling. To fans of professional wrestling, Arquette’s win was seen as an affront: A Hollywood pretender cashing in on the credibility of a sport lovingly called fake by its own enthusiasts.

What’s fascinating is Arquette’s vulnerability, both emotionally and physically. The directors David Darg and Price James follow Arquette from bloody matches in suburban backyards to professional bouts, interviewing his family, his trainers and his wrestling opponents along the way. No one, including Arquette, has any illusions about his motivations for getting back in the ring: He wants to be loved and accepted by the community that dismissed him.

But if Arquette wants to win over the wrestling world, he has to risk pain. The documentary doesn’t shy away from the frailty of his 46-year old body. It tracks him into doctors appointments, where physicians remind him that if he continues to batter fractured ribs, they could puncture his lungs. It lingers on the bruises and blood.

There is an operatic neediness to Arquette’s obsession that suits the circus of wrestling, and it suits the documentary too. The movie matches wrestling’s larger-than-life proportions by building a mythic tale out of a reject’s quest for redemption.

New in Paperback: ‘All Blood Runs Red’ and ‘Frankissstein’

A Nice Riff on Love

Gallery-goers to use robots to explore new exhibition

‘Fatima’ Review: Blinded by the Light

Viola Davis: I betrayed myself and my people in The Help