YoungBoy Never Broke Again Earns a Third No. 1 Album in a Year 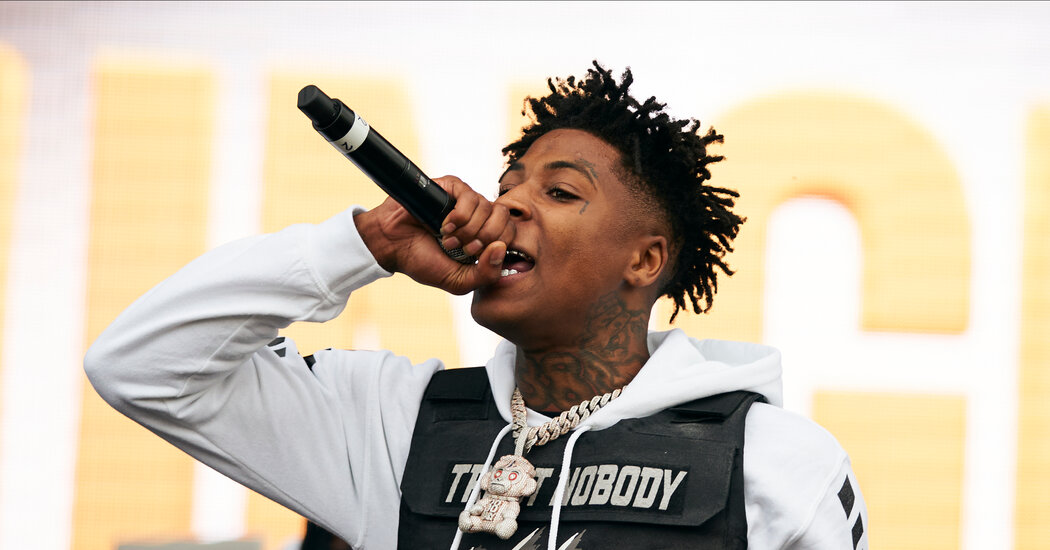 This summer, Daniel Ek, one of the founders of Spotify, drew jeers for suggesting in an interview that artists should now continually pump out content, and that in the “future landscape” of streaming, “you can’t record music once every three to four years and think that’s going to be enough.”

But the latest Billboard chart offers an illustration of why Ek may have had a point — at least when it comes to genres that perform strongly on streaming, like hip-hop and pop. This week the Louisiana rapper YoungBoy Never Broke Again has landed his third No. 1 album in less than a year with “Top,” which had the equivalent of 126,000 sales in the United States, including 156 million streams, according to Nielsen Music.

Since he emerged about five years ago as a teenage rapper with a YouTube account and a Walmart-bought microphone, YoungBoy has been a one-man content factory, churning out mixtapes, videos and collaborations in rapid succession. By 2019, he had become one of the most popular musicians on YouTube. Last October, shortly before his 20th birthday, YoungBoy — whose real name is Kentrell Gaulden — released the mixtape “AI YoungBoy 2,” which went to No. 1; so did another, “38 Baby 2,” in May.

For years, artists in genres like hip-hop and K-pop have aggressively adopted the content-deluge strategy, and found rewards on the charts. As Billboard notes, BTS, the superstar K-pop boy band, had three No. 1 albums during a 10-month stretch in 2018 and 2019, and the rapper Future sent three titles — including one joint release with Drake — to the top over six months in 2015 and 2016.

But many artists — particularly in genres like rock, which depend heavily on touring — have countered that pumping out new music constantly is not possible, or desirable. “The pressure to have to put out an album every six months is absolutely absurd, unless you’re one of the few successful artists who can outsource most of the labor,” the independent singer and songwriter Zola Jesus wrote in a point-by-point rejoinder to Ek.

And few doubt that once Adele releases her next album — her last was in 2015, when YoungBoy was just starting out — it will be a chart-topping smash. But until then, more quickly produced pop will be thrown at the wall, and some will surely stick.

Also on this week’s chart, two posthumous rap albums hold strong in their positions. Pop Smoke’s “Shoot for the Stars Aim for the Moon” is No. 2, and Juice WRLD’s “Legends Never Die” is No. 3. Those albums, which have both maintained big streaming numbers since they were released in July, have sat unmoved on the chart for the last seven weeks, save for one week last month when their spots were reversed.

Taylor Swift’s “Folklore” is No. 4 and the Broadway cast recording of “Hamilton” is No. 5.

Playing Jesus in a Pandemic Summer

8 Things to Do This Fourth of July Weekend