‘Absurd to suggest one genocide more heinous than another’ 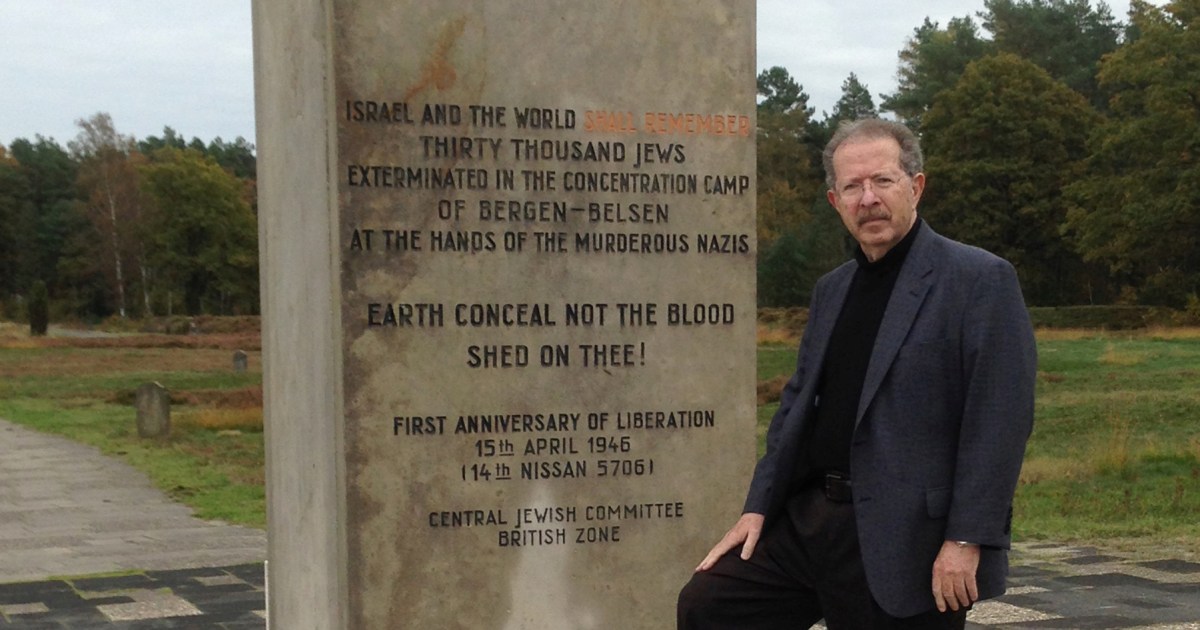 After Genocide (For Adisada)
Ghosts of murdered men
Boys
Fathers
Husbands
Brothers
Sons
Invade refugee camp dreams
Their faces fading
In a soundless
Last goodbye
Against gunshots
8,000 gunshots
Echoing without end
And as the child waits
Not knowing
Her Srebrenica ghosts
Do not want
God
To find them
Take them
From their emptiness
Even though
He
Already did
…

This poem about the Srebrenica genocide was written by Menachem Rosensaft, a leading figure at the World Jewish Congress and adjunct professor of law at Cornell Law School.

Rosensaft, the son of two survivors of Nazi concentration camps during World War II, has written widely on the Srebrenica genocide.

This particular poem was published in his book, Poems born in Bergen-Belsen – the notorious death camp.

In an interview with Al Jazeera, he credited two people for their significant effect on him.

“In April 1993, at the opening of the United States Holocaust Memorial Museum in Washington, DC, Nobel Peace Prize laureate Elie Wiesel, a survivor of Auschwitz, turned to President Bill Clinton and said, ‘Mr President, I cannot not tell you something. I have been in the former Yugoslavia last fall. I am unable to sleep ever since for what I have seen. As a Jew, I say that we must do something to stop the bloodshed in that country. People fight each other and children die’,” said Rosensaft.

“This was more than two years before the genocide in Srebrenica took place. Eighteen years later, one of my students in my course on the law of genocide at Cornell Law School was a young woman named Adisada Dudic (now Adisada Dudic Hoque) who had spent her childhood in a succession of Bosnian refugee camps.

“In her term paper for my class, she wrote, ‘My home country is destroyed, my family members are scattered all over the world; thousands of Bosnian women and girls have been raped and ravaged, thousands of Bosnian men and boys tortured in concentration camps and buried in mass graves, and so many of my people have been slaughtered by enemy’s hand that was out to get every single person that self-identified as a Bosnian Muslim’.

“Both Elie Wiesel’s and Adisada’s words left a lasting impression on me. And I wrote my poem ‘After Genocide’ with them in mind. It was – and is – a recognition that the survivors of all genocides – the Holocaust, Srebrenica, Rwanda, Darfur – are bound together by memories and nightmares that resemble each other, and are haunted by ghosts that never leave us – the ghosts of those who were murdered only and exclusively because of their religious, national or ethnic entity.”

Rosensaft said he refuses to engage in comparative suffering.

“It is absurd and offensive even to suggest that one genocide or crime against humanity is more heinous than another,” he said.

“All victims of such atrocities deserve the dignity and respect of having their agony and suffering recognised and remembered. Elie Wiesel taught that ‘the Holocaust was a unique and uniquely Jewish event, albeit with universal implications’.

Recently, Rosensaft has talked about the factual, jurisprudential and intellectual dishonesty of a report sponsored by the government of the Bosnian entity of Republika Srpska, on the “Sufferings of all People in the Srebrenica Region Between 1992 and 1995,” which he dismissed as an “embarrassment”.

He had also condemned the glorification of Croatia’s fascist Ustasha regime and attempts to deny or minimise the atrocities perpetrated at the Jasenovac concentration camp during World War II.

Rosensaft, when asked about his book, referred to the philosopher, Theodor Adorno, who, shortly after the world saw the horrible reality of the Holocaust, said that writing poetry about Auschwitz must be barbaric.

“Adorno understood that the Shoah’s calculated, systematic savagery was an absolute deviation from the fundamental norms of civilisation and civilised behaviour. To be valid, anything written or said about the Holocaust, whether in poetry or prose, must first and foremost encapsulate and reflect its barbaric essence.

“Aesthetic sensitivities and considerations must yield to the undeniable absolute evil that sparked and perpetrated the genocide of European Jewry, requiring us to absorb and try to come to terms with the unprecedented, the unfathomable and, above all, the inexplicable.

“Perhaps that is why I, a son of two survivors of the Nazi death and concentration camps of Auschwitz and Bergen-Belsen, who was born three years after the end of World War II in a displaced persons camp of Bergen-Belsen, long ago turned to expressing myself in poetry. Over the decades I have tried to give voice to the dead in my poems, to comfort ghosts, and to provide a memorial to the millions who have none.

“For me, conceptualising my poems is often simultaneously a refuge and an escape. An escape from the realm of conventional human experience into a parallel of internal reality. And a refuge where amorphous, phantasmagoric thoughts and images emerge sufficiently from their nebulous twilight to allow me to express them, however inadequately, in words.”

Rosensaft authorised Al Jazeera to republish his two poems: After Genocide and The Messiah Will Not Come

The Messiah Will Not Come
The messiah will not come
God will not leave
Her seclusion
Until Jerusalem’s bearded
Rabbis, imams, priests
Teach daily that each
Jewish child
Palestinian infant
Is created with one
Only One
Always the same
Divine spark

We now feel the consequences of marginalising the Taliban

We now feel the consequences of marginalising the Taliban

Lebanon: A country plunged into darkness