Air travelers refusing to wear masks could face up to $3,000 fines 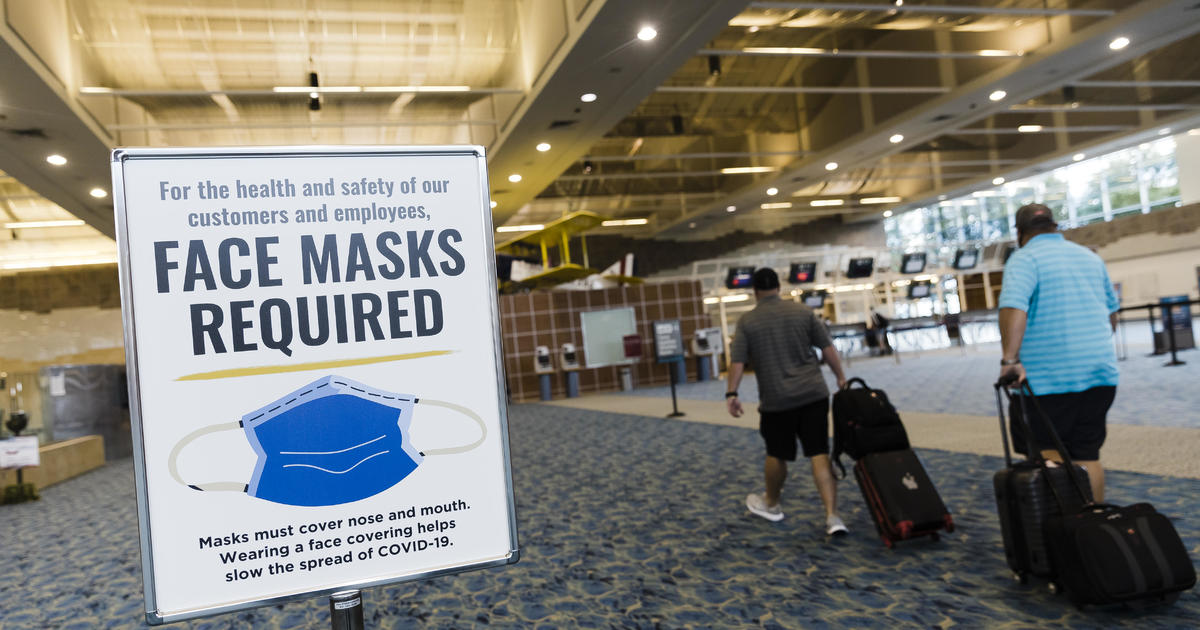 Air travelers who refuse to wear masks could be fined up to $3,000, starting Friday.

The Transportation Security Administration (TSA) announced Thursday it will double fines for those who flout federal mask mandates for air travel.

“If you break the rules, be prepared to pay,” President Biden said Thursday, in announcing more aggressive strategies to combat COVID-19, including the higher fines. He also admonished travelers who mistreat flight attendants and others trying to do their job in enforcing masking rules. “It’s wrong, it’s ugly,” he said of ill-mannered travelers, and he told them to “show some respect.”

The new mandate will be enforced at “airports, on commercial aircraft, and in various modes of surface transportation, including passenger railroads, intercity bus services, and other public transportation,” according to the TSA.

Secretary of Homeland Security Alejandro Mayorkas said Thursday that mask-wearing protects the traveling public and those who work in air transportation. “We will continue to enforce the mask mandate as long as necessary to protect public health and safety,” he said.

Although the majority of air travelers voluntary comply with the mask rules, TSA Admininistrator David Pekoske said in a statement that the fine increase was needed “to maximize the protections for those who use and work within the transportation system, and to contain COVID-19.”  He added, “By doubling the range of penalties, we seek to reinforce the importance of voluntary adherence.”

Updated airport signs will warn travelers about the hike in civil penalties, which are distinct from any fines granted to unruly and unsafe travelers from the Federal Aviation Administration (FAA).

Last month, the federal government extended the federal mask mandate for air, bus and train travel through January 18 to help curb the spread of Covid-19, amid a nationwide surge and the emergence of the Delta variant.

The mask mandate was initially supposed to expire in September.

Airline crews have repeatedly faced a spike in unruly behavior from passengers, a majority of whom have ignored mask mandates.

In July, the Federal Aviation Administration reported a whopping 75% of its 4,200 unruly-passenger citations on aircrafts this year came from travelers who did not comply with mask mandates — in some cases resulting in shouting matches, foul language and physical violence.

The ATMs that dispense green fuel