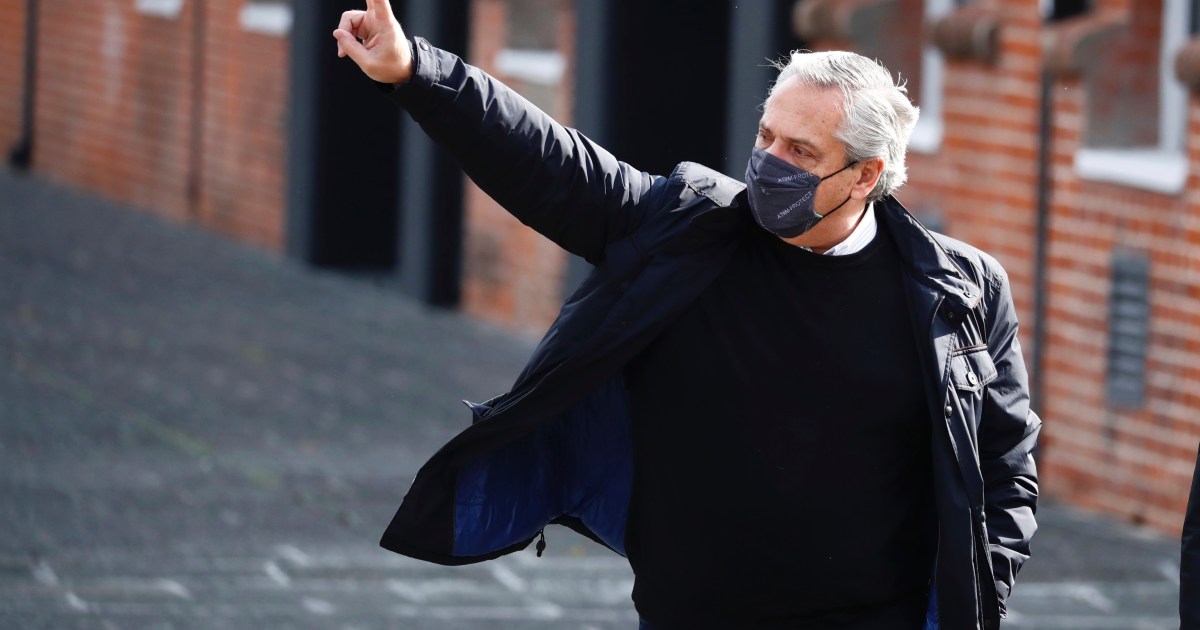 The vote, seen as a preview of November midterm elections, saw support slide for the centre-left government.

A surge in support for Argentina’s main opposition party during a primary election could spell trouble for President Alberto Fernandez and his ruling centre-left coalition.

The conservative opposition led by about five percentage points in the key province of Buenos Aires following the compulsory open primary vote on Sunday, often considered a nationwide dress rehearsal ahead of the November 4 midterm elections.

About 84 percent of votes in the populous region – once considered a bastion of Fernandez’s party – had been tallied as of early Monday.

Other results showed the governing party falling back, a phenomenon that could presage the government losing its majority in the Senate and its largest minority position in the lower Chamber of Deputies.

Many voters feel let down by the main political parties.

A series of crises – including a lengthy recession, rampant inflation, and a poverty rate that has risen to 42 percent – have hurt public support for the government, despite recent signs of an economic recovery, falling coronavirus cases, and a successful vaccine rollout.

“There is great discontent among people,” said Patricia Coscarello, a 52-year-old administrative worker outside Buenos Aires, after she voted.

“Apart from the pandemic, the economic situation is complex and salaries are shrinking.”

As results came in, the president acknowledged his party had come up short in some metrics.

“Obviously some things we haven’t done well because the people haven’t accompanied us as we would have hoped,” Fernandez said alongside his party leadership, adding the party would learn from its mistakes and get stronger.

“The campaign has just started and in November we have to win it because we have a commitment to Argentina.”

What counts as a religious exemption to a vaccination mandate?

What counts as a religious exemption to a vaccination mandate?

A makeshift migrant camp on Spain’s abandoned Formula One circuit