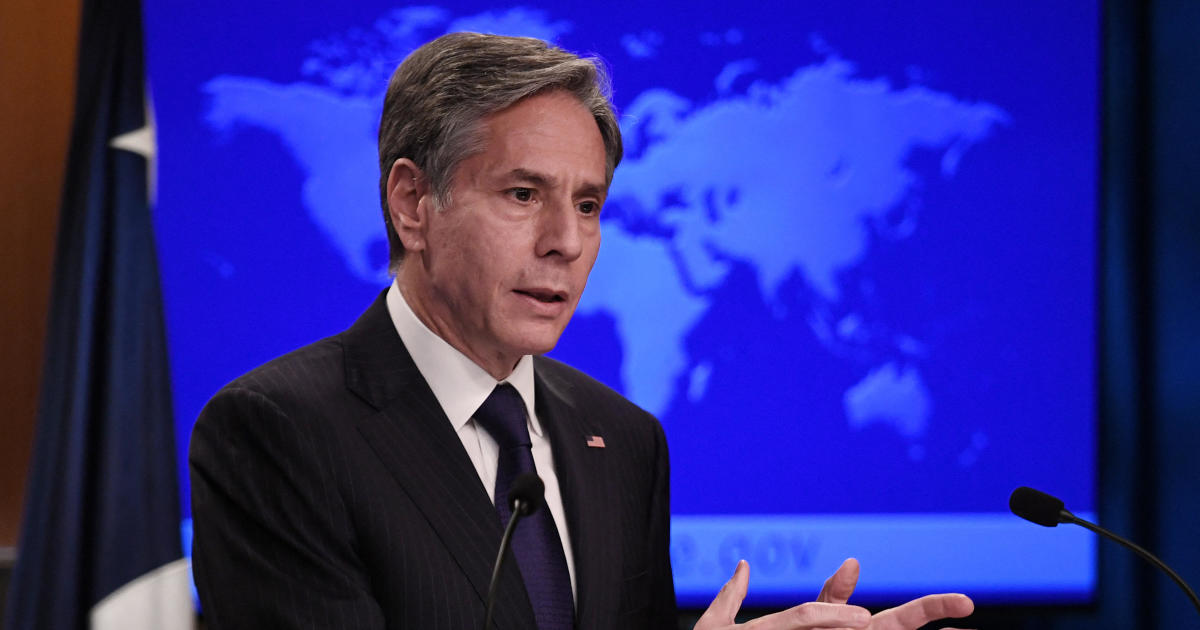 Secretary of State Antony Blinken is traveling to Doha, Qatar on Sunday to meet with Qatari leaders and express gratitude for their help with the U.S. evacuation efforts from Afghanistan. From there he’ll go to Ramstein Air Base in Germany to meet with his German counterpart and Afghans awaiting processing, he said in remarks about Afghanistan at the State Department Friday.

During his trip to the Gulf, Blinken will not be meeting with the Taliban, according to a senior State Department official, who said, “there is no plan right now.” If it is appropriate to speak with the Taliban, Blinken will do so. The U.S. has open channels of communication with the Taliban, who now control Afghanistan, following the collapse of the former government and the completion of the U.S. withdrawal last week. U.S. diplomat Ian McCarry is in Doha and is part of a team in the process of being formed for engagement with the Taliban. Zalmay Khalilzad, who has served as U.S. ambassador to Afghanistan, Iraq and the United Nations, will also have a role on the team. Khalilzad negotiated the Trump-era deal with the Taliban and has continued in his role as envoy at the request of the Biden administration.

Blinken said the diplomatic team at Doha was “up and running,” and that the State Department was in “constant contact” with Americans who remain in Afghanistan and may still wish to leave. Those Americans have been assigned dedicated case management teams to provide guidance on their eventual exit, he said.

He described most of the roughly 100 American citizens still in Afghanistan as dual nationals with extended families and said “it’s no surprise that deciding whether or not to leave the place they call home is a wrenching decision.”

The U.S. evacuated 124,000 people from Afghanistan over a compressed period of weeks in August. Thousands of at-risk Afghans and a few hundred Americans tried to flee but were not able to reach the Kabul airport, the one way out of the country by plane in the final days before the U.S. withdrawal deadline at the end of August.

In response to a question about the fate of active and potential special immigrant visa (SIV) applicants, those who worked with the U.S. during the 20-year war, Blinken said the U.S. had put a “premium” on getting people out as quickly as possible and that officials were now “digging into” the categories into which evacuees fell. The majority — 75-80% of the 124,000 people evacuated from Afghanistan — were at-risk Afghans, he said.

As for those left in Afghanistan, “there are a lot of things happening from the political to the practical to enable us to continue to bring people out of Afghanistan who wish to leave,” Blinken said. He cited continued engagement with the Taliban — which he noted is seeking sanctions relief — and ongoing efforts to restart operations at the civilian airport in Kabul. He also mentioned, without offering details, that the State Department was evaluating “different ways of getting out of Afghanistan across land.”

He would not say whether any Americans had been evacuated from Afghanistan since the U.S. withdrawal. “For their protection and to protect the viability of our tactics, I’m not going to go into any details,” he said.

The secretary declined to comment on the contours of the emerging Taliban government, saying only that the “expectation” is to see “inclusivity.”

Blinken also acknowledged that the U.S. government would review its own execution of the drawdown and handling of its aftermath. “We are committed to looking at everything we’ve done from day one through the present and to draw lessons from it,” he said.

Blinken also noted that State Department foreign service officers were at times standing “shoulder-to-shoulder” U.S. Marines and helping to pull those fleeing Afghanistan through the crowds and inside the airport gates. He acknowledged how difficult it has been for many State Department staff who worked around the clock to help over the past weeks, as well as the past twenty years of U.S. involvement in Afghanistan.

He also thanked veterans of the war in Afghanistan for their efforts to help Afghans who helped them during the conflict.

Taliban claims to defeat resistance amid fear for trapped Americans

Coronavirus: What’s happening in Canada and around the world on Sunday

The California Recall Election Is Tomorrow. Here’s Where Things Stand.