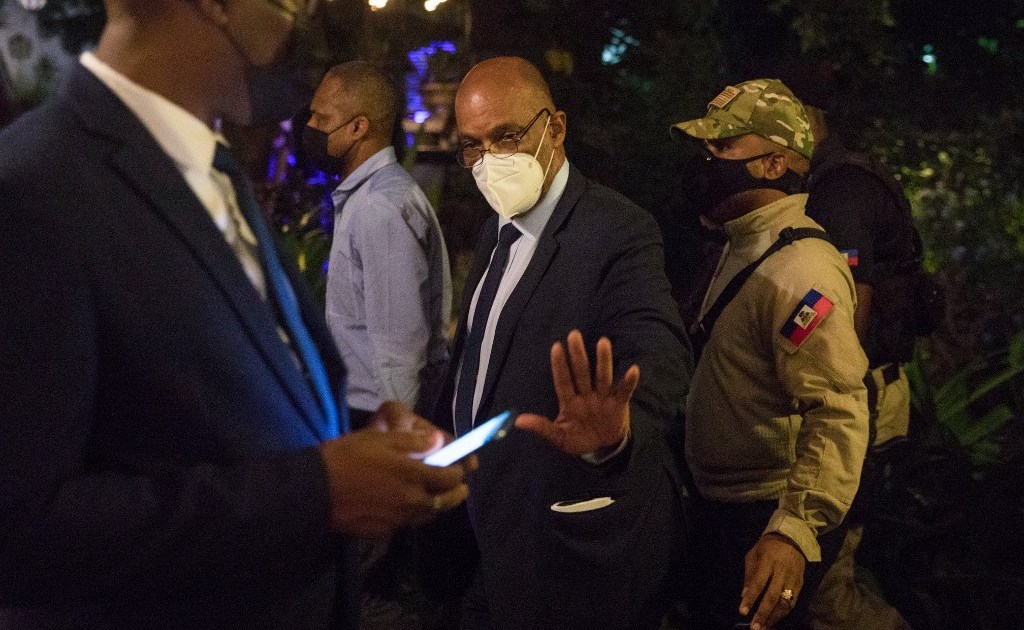 Prime Minister Ariel Henry asked to explain why he spoke with one of the main suspects just hours after the assassination of the president in July.

Haiti’s chief public prosecutor invited Prime Minister Ariel Henry on Friday to meet with him next week to explain why he spoke with one of the main suspects in the assassination of former President Jovenel Moise on the night of the crime.

A letter sent by prosecutor Bed-Ford Claude to Henry said only a president could authorise official summons to someone of his rank, but the country was without one. Instead, he was being “invited” to attend and cooperate.

The hearing at the Court of First Instance of Port-au-Prince would take place at 10 am on Tuesday, it said.

“The head of the criminal prosecution would be grateful if you could present yourself … to cooperate with Haitian justice if you so wish, taking into account the restrictions given your status as a senior state official,” the letter said.

Henry did not immediately reply to a request for comment.

Moise was shot dead when assassins stormed his private residence in the hills above Port-au-Prince on July 7, plunging the impoverished Caribbean country deeper into turmoil.

Subpoenaed records from cellphone operator Digicel have now also enabled them to confirm accusations that Badio and Henry spoke on July 7, twice at approximately 4 am, just hours after Moise’s killing, according to the letter sent on Friday.

Geolocalisation data also show Badio was speaking from the scene of the crime, the letter said.

Condoleezza Rice says U.S. is safer now than it was on 9/11

Sabina Nessa’s murder and the grievability of women’s lives

Italy rules out recognising a Taliban government in Afghanistan

Claims on pay, tax and the cost of living checked