James Stern, Who Disrupted a Racist Group, Dies at 55

Where Is Cory Gardner?

James Stern, Who Disrupted a Racist Group, Dies at 55 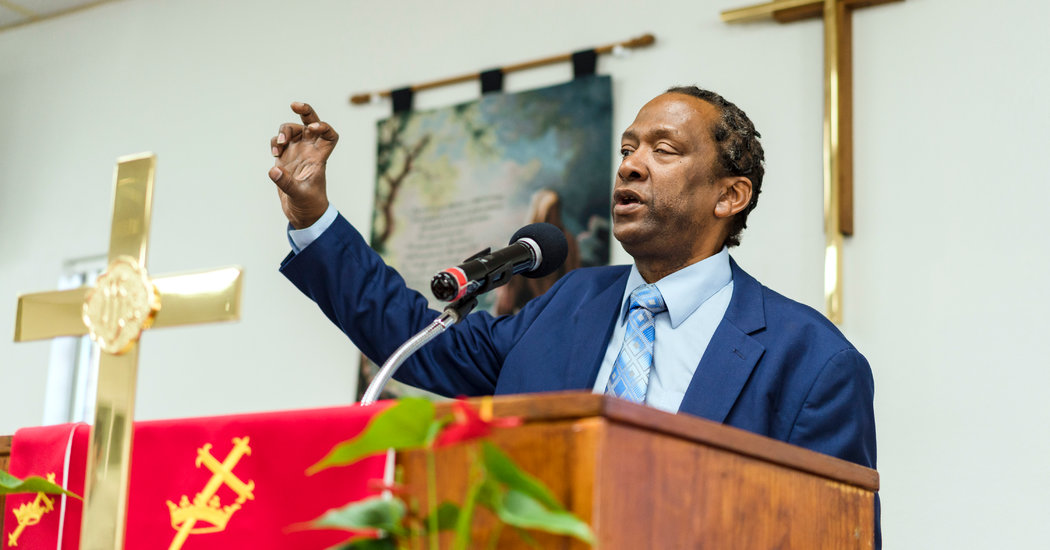 James Hart Stern, a black minister with a colorful past who made news earlier this year by seeming to wrangle control of a Michigan neo-Nazi group away from far-right extremists in hopes of turning it to nobler ends, died on Oct. 11 at his home in Moreno Valley, Calif., about 60 miles from Los Angeles. He was 55.

His death was confirmed by Autumn Karen, a North Carolina writer who collaborated with him on “Mississippi Still Burning (From Hoods to Suits),” his life story, published last year. She said the cause was cancer.

Mr. Stern’s eventful life included preaching as a young man in the Los Angeles area, working to ease gang violence there, and spending five years in prison in Mississippi on fraud charges.

The prison sentence proved to be the catalyst for bringing him to national attention. In 2010 and 2011, he was in the same prison medical facility as Edgar Ray Killen, who was serving time in the high-profile deaths of three civil rights workers in Mississippi in 1964. The two developed an unlikely bond and, Mr. Stern said, Mr. Killen gave him power of attorney. (Mr. Killen died last year.)

Once Mr. Stern was released, he used that power to disband the White Knights, the Ku Klux Klan chapter Mr. Killen had once led (though at a 2016 news conference announcing this “declaration of dissolution,” Mr. Stern overstated the case, saying the entire Klan had been dissolved). He made more news early this year when it came to light that Jeff Schoep, the leader of the neo-Nazi group the National Socialist Movement, who had a long history of outspoken racism, had signed control of that organization over to Mr. Stern.

In 2014, by then out of prison, Mr. Stern had invited Mr. Schoep to a “race summit” he was organizing, with his connection to Mr. Killen, whom Mr. Schoep knew, providing a bit of common ground. The two maintained occasional contact in the ensuing years; Mr. Stern claimed credit for persuading Mr. Schoep to drop the swastika from the National Socialist Movement logo.

In early 2019, according to Mr. Stern, Mr. Schoep confided that he was nervous because he and his group had been named in a lawsuit stemming from the white supremacist rally in Charlottesville, Va., in 2017 that left one counterdemonstrater, Heather Heyer, dead.

“He said the lawsuit would destroy his livelihood, take his house and his financials,” Mr. Stern told The Daily Beast in March.

“That scared me because if he dissolved it, someone else could pick it up and reincorporate it, and carry on the same shenanigans he’s been doing the past 25 years,” he added. “So I made a comment to him. I said: ‘You know what? You want to prove you don’t want to use this organization any more? Give it me.’”

Mr. Schoep did, signing over its incorporation documents — though other members of the group quickly challenged that, initiating a legal dispute that remained unresolved at Mr. Stern’s death. (Mr. Schoep has in recent months renounced white supremacy and become a speaker and consultant on extremist movements and how to deal with them.) Mr. Stern, in interviews, had floated several ideas for what to do with the group, like showing the movie “Schindler’s List” on its website.

“His goal was to disband it in a sense,” Ms. Karen said in a phone interview, “but really to re-form it, to leverage it for good. It was an opportunity, and James never missed an opportunity.”

“James was a master connector,” she added. “He was a good guy who listened, and he always had an ear.”

That, she said, explained his ability to connect to people with racist views like Mr. Killen and Mr. Schoep.

“He saw that he could have Christian empathy without condoning any of these things,” she said.

Mr. Stern was born on June 13, 1964, in the Watts neighborhood of Los Angeles to George and Vernice Stern. “James Chaney, Michael Schwerner and Andrew Goodman took their last breath just eight days after I breathed my first,” he said in his book.

Those were the three civil rights workers murdered in Mississippi that year during what became known as Freedom Summer; in 2005, Mr. Killen was convicted of three counts of manslaughter in their deaths. He was serving a 60-year sentence for those crimes when Mr. Stern met him at the Mississippi State Penitentiary, the notorious prison known as Parchman Farm.

Mr. Stern, according to his website, received a bachelor’s degree in theology from Biola University in La Mirada, Calif., and did additional studies at two other religious institutions. An ordained minister, he was an associate pastor at the Tabernacle of Faith Baptist Church and New Providence Baptist Church in the Los Angeles area, his website says.

Ms. Karen said he helped mediate racial and gang tensions in Los Angeles in the 1990s.

But, his website notes, he was also “in and out of California state prisons for a variety of white-collar crimes” in this period. He again ran afoul of the law in the mid-2000s, when he was accused of trying to defraud licensed cosmetologists in Mississippi through a fake cosmetology association. He was sentenced in that case in 2007, and eventually landed alongside Mr. Killen in prison.

Mr. Stern is survived by a daughter, Andrea Stern. Ms. Karen said a son, Christopher, committed suicide some years ago.

Mr. Stern’s exploits had drawn interest in the film and television worlds. Paul Sadowski, a film producer, had been working on a documentary series about him.

“His unbelievable dealings with two lifelong racists are the textbook examples of life being stranger than fiction,” Mr. Sadowski said by email.

“But more than being the ‘Racist Whisperer,’” he added, using a term that Mr. Stern liked to apply to himself, “James will be remembered by those he touched personally, through his charm and willingness to be a counsel for anyone who needed one.”

The long shadow of Claude Monet