Madagascar on the brink of first climate-induced famine, UN warns 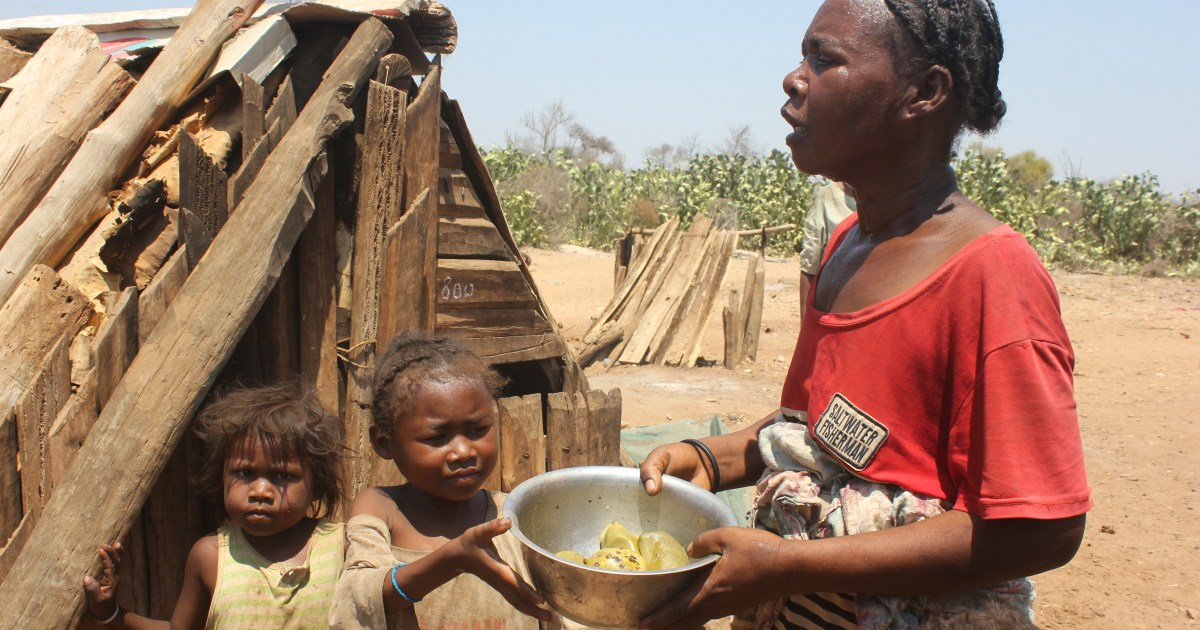 A four-year drought has pushed at least 30,000 people in southern Madagascar to level five of famine, the UN warned.

The island nation of Madagascar has endured four years of drought, brought on by one of the world’s first famines to be caused by climate change, with people forced to eat locusts and wild leaves to survive.

The country has long been prone to droughts and floods, but this time around, a roughly four-year spell of drought has pushed at least 30,000 people to level five of famine – the highest internationally recognised level of food insecurity, according to the UN World Food Programme. It fears that the figure could rise dramatically.

More than 1.1 million people in the East African island country are experiencing some form of severe food insecurity and require urgent food and nutrition assistance, the UN has said.

Drought effects have also led to agricultural losses of up to 60 percent in the most populated provinces.

While people have resorted to eating locusts, wild leaves, mud, and cactus fruits to survive, the UN has warned of a severe humanitarian crisis.

WFP spokeswoman Shelley Thakral said the drought is having a catastrophic effect on people, adding that this is now the fourth year when farmers had to wait for the harvest.

“The situation has been further exacerbated by the COVID-19 pandemic. While some were looking for seasonal labour and tourism, there has not been any tourists coming into the country for the last 18 months,” she said.

“So this is a very critical time for people in the south, for communities who depend on whatever little land they have, which … sadly they are not reaping any benefit from.”

Madagascar produces 0.01 percent of the world’s annual carbon emissions, but it is suffering some of the worst effects, with unreliable rains and crop failures.

Meanwhile, the WFP executive director has called for funding to help alleviate the suffering in Madagascar. “If we get the support we need, the funds we need, we can stop the suffering.”

Japan’s Leader Is Stepping Down. Here’s Who Might Replace Him.

Japan’s Leader Is Stepping Down. Here’s Who Might Replace Him.

“95% Of Women Will Relate To Feeling Guilty All The Time”: Elizabeth Day On Motherhood & Obsession