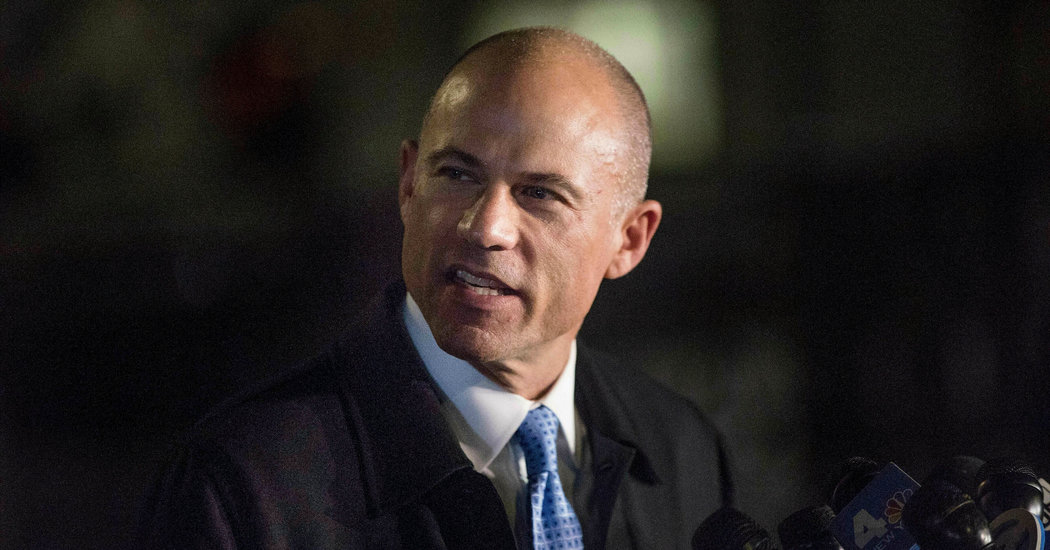 Michael Avenatti, the brash lawyer best known for representing the pornographic film actress Stormy Daniels in her lawsuits against President Trump, was convicted on Friday of trying to extort more than $20 million from the apparel giant Nike.

After three days of deliberations in the case, brought by the U.S. Attorney’s Office in Manhattan, the jury found him guilty on all three counts, including attempted extortion and honest services fraud. Mr. Avenatti is scheduled to be sentenced in June.

Mr. Avenatti was charged last spring with an array of federal crimes in both New York and California, where he lived.

In making their case, federal prosecutors in Manhattan had specifically accused Mr. Avenatti of trying to extort money from Nike in exchange for evidence he said he had of misconduct by company employees in the recruitment of college basketball players. He demanded that Nike hire him to conduct an internal investigation into its criminal exposure, prosecutors said, contending that he alternatively requested $22.5 million to buy his silence and resolve potential claims by a youth basketball coach whom he said he represented.

“Today a unanimous jury found Michael Avenatti guilty of misusing his client’s information in an effort to extort tens of millions of dollars,” Geoffrey S. Berman, the United States attorney for the Southern District of New York, said in a statement on Friday. “While the defendant may have tried to hide behind legal terms and a suit and tie, the jury clearly saw the defendant’s scheme for what it was — an old fashioned shakedown.”

A lawyer for Mr. Avenatti, Scott Srebnick, did not immediately respond to a request for comment, but The Associated Press reported that he said he would appeal the conviction.

On Friday, many who had been former targets of Mr. Avenatti’s public attacks celebrated his conviction. “Aged like a fine wine,” Donald Trump Jr., the president’s son, wrote on Twitter, posting an October 2018 message from Mr. Avenatti that had predicted the younger Mr. Trump would be indicted by the end of that year. “#Basta” Mr. Trump added in his message, referencing the hashtag, meaning “enough,” that Mr. Avenatti had made his catchphrase.

In a separate case still pending in California, Mr. Avenatti has been accused of tax crimes and financial fraud, including stealing millions of dollars from clients and of lying repeatedly about his business and income to an I.R.S. collection agent, creditors, a bankruptcy court and a bankruptcy trustee.

Mr. Avenatti has also been charged with stealing nearly $300,000 from Ms. Daniels, the client who propelled him to prominence in 2018. Prosecutors accused him last spring of taking part of Ms. Daniels’s book advance and putting it toward his personal expenses, including dry cleaning, food deliveries and a monthly payment on a Ferrari.

Both cases that Mr. Avenatti brought on Ms. Daniels’s behalf against the president were dismissed in federal court; in one, a defamation suit, she was ordered to pay Mr. Trump nearly $300,000 in legal fees.

Even as he faced multiple federal charges, Mr. Avenatti had sought out the spotlight and the news media, which had boosted his profile across more than 300 television appearances and countless interviews, some with The New York Times.

Last month, he released a range of messages on Twitter, commenting on the impeachment of Mr. Trump, emphasizing his support of former Vice President Joseph R. Biden Jr. in the Democratic presidential primary and posting documents relating to his criminal defense.

As he rocketed to fame in 2018 and toyed with declaring a presidential run, Mr. Avenatti maintained a cocksure public image that masked disarray that became evident in a trail of civil disputes, bankruptcy filings and alleged financial crimes going back several years.