NHS wait times: ‘I’m not half the man I was’ 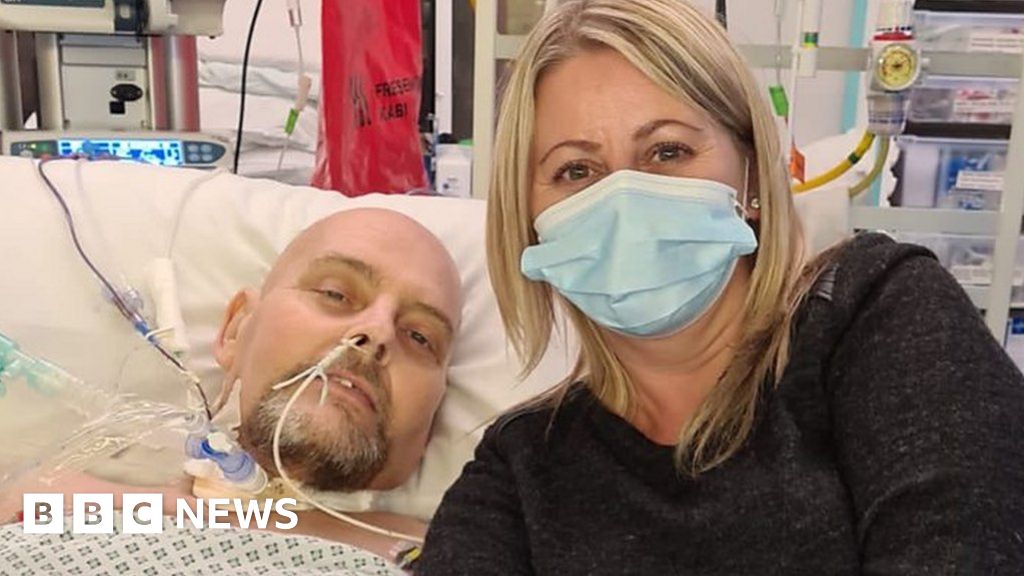 Wayne Dennis, aged 50, from Derbyshire was diagnosed with gallstones in June 2019 and has been on a waiting list to have gallbladder surgery for more than a year.

He was due to have an operation in spring 2020, but the procedure was delayed because of the pandemic. In August last year Wayne developed acute pancreatitis and spent 197 days in hospital including 145 days in intensive care.

A record number of people – more than 5.45 million – are waiting for NHS hospital treatment in England, according to the latest figures from NHS England.

A spokesperson for the University Hospitals of Derby and Burton, who are treating Wayne, said: “Tackling the backlog of planned operations caused by Covid-19 is a challenge, but despite a really busy summer our staff have made good progress in almost halving the number of patients waiting over a year for a routine procedure.”

Wayne has now been contacted about medical checks ahead of an operation – but no date for surgery has yet been given.

Paralympics: ‘We the disabled community are here to stay’