Overlooked No More: Andrée Blouin, Voice for Independence in Africa

Overlooked No More: Andrée Blouin, Voice for Independence in Africa

by admin
in Africa
0 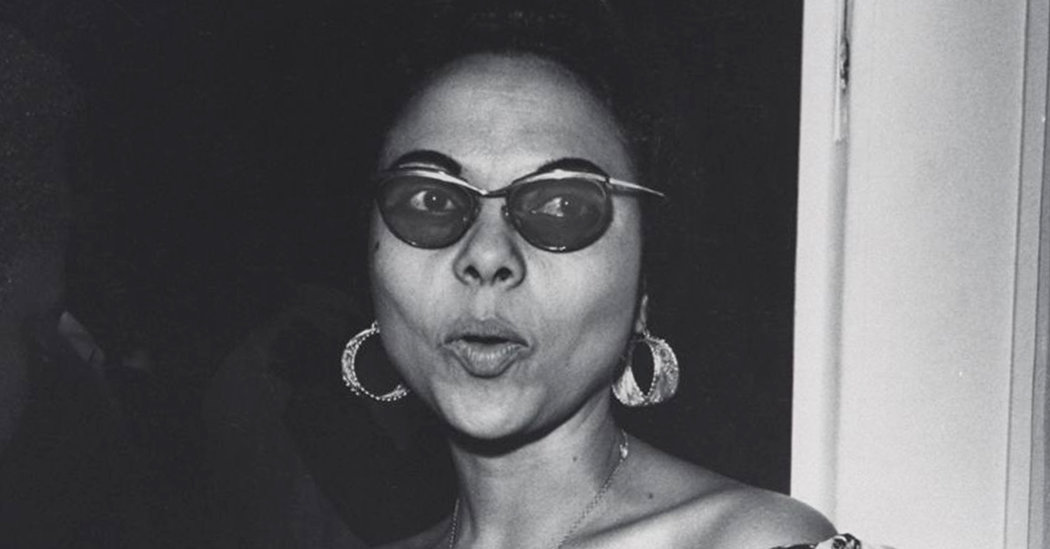 Since 1851, many remarkable black men and women did not receive obituaries in The New York Times. This month, with Overlooked, we’re adding their stories to our archives.

As a mixed-race woman living in central Africa under European rule, Andrée Blouin had resigned herself to a life of daily humiliation. At age 17, she became, in her words, an “African concubine” — first to a Belgian aristocrat, who made her hide in the kitchen when guests came over, and then to a French businessman, who called his black houseboy a “big chimpanzee.”

But when the health of her 2-year-old son, René, was in jeopardy, she could no longer remain quiet. It was 1946, and Blouin was living in Bangui, the capital of the French colony of Ubangi-Shari. René had been hospitalized with malaria but was denied medication because he was one-quarter African. Blouin burst into the mayor’s office to demand an exception. It was refused. “Child murderer!” she screamed as she was dragged out.

A month later, René was dead.

“The death of my son politicized me as nothing else could,” Blouin recalled in her 1983 memoir, “My Country, Africa.” Colonialism, she realized, “was no longer a matter of my own maligned fate but a system of evil whose tentacles reached into every phase of African life.”

In the decade and a half after she buried her son, Blouin reinvented herself as an adviser to leading politicians in independent Africa. Embodying pan-Africanism, she befriended, counseled or lobbied the first presidents or prime ministers of Algeria, both Congos, Ivory Coast, Mali, Guinea and Ghana.

She was a canny mobilizer and a gifted orator. In the eyes of her Western critics, however, she was a menacing interloper pulling politicians leftward. The Eisenhower administration worried about her supposed Communist links. The New York Times called her an “advocate of extreme African nationalism.” One Belgian official remarked to another newspaper in 1960 that she was “a beautiful woman — but also a dangerous woman, perhaps the most dangerous in all Africa.”

Yet when she died, in 1986, the world hardly took notice. By then she was living alone in Paris and had not been in the news for some years.

Andrée Madeleine Gerbillat was born on Dec. 16, 1921, in the village of Bessou, in Ubangi-Shari, to Josephine Wouassimba, a 14-year-old girl, and Pierre Gerbillat, a 41-year-old Frenchman who worked for an import-export company.

At the age of 3, Andrée was deposited in a Roman Catholic orphanage for mixed-race children — a common practice at the time, designed both to hide evidence of Europeans’ libertine ways (including the crime of outright rape) and to protect partly white children from living in supposedly primitive African conditions.

Life at the orphanage, in Brazzaville, the capital of the French Congo, was defined by neglect and abuse. Andrée did not see her parents for five years. Her days were spent learning the catechism and doing embroidery work to raise revenue for the order that ran the facility. At night, she went to bed hungry and fended off mosquitoes. The mother superior employed a hippopotamus-hide whip liberally.

After the nuns tried to pressure Andrée into an arranged marriage at 15, she escaped the orphanage, bloodying her feet as she clambered over a wall capped with shards of glass.

She endured two painful relationships: one with Roger Serruys, with whom she had a daughter, and another with Charles Greutz, whom she married and divorced. She married André Blouin in 1952. A French engineer, he worked for a diamond mining company and had “escaped the colonialist mentality,” as she wrote in her memoir. They had two children.

When Blouin’s husband was posted to a gold mine in French Guinea, the independence movement there was gaining steam under the leadership of Ahmed Sékou Touré. Like all other French colonies, Guinea was preparing for a referendum in which it could choose to remain part of France or gain immediate independence.

Blouin stood behind Touré and drove around the country with members of his party, organizing rallies and delivering speeches calling for independence. In September 1958, Guinea was the only one of 20 French territories that chose to leave France.

Through Touré, Blouin met other activists, including Prime Minister Kwame Nkrumah of Ghana and Félix Houphouet-Boigny, who would lead Ivory Coast for more than three decades. But it was a chance encounter in Guinea’s capital, Conakry, that catapulted her to fame.

At a restaurant one evening in January 1960, Blouin overheard men at another table speaking Lingala, a language she knew from her youth. They were nationalist politicians from the Belgian Congo, in town to make contact with Guinean allies.

Through them, Blouin met Antoine Gizenga, the leader of Parti Solidaire Africain, one of the largest political parties in the Belgian Congo. He recruited her to help him campaign for elections that would lead up to independence. In his 2011 memoir, “Ma Vie et Mes Luttes” (“My Life and My Struggles”), Gizenga recalled being struck that this “mother of three children, the oldest of whom was already 20 and the youngest 4, still had in her the ardent desire to serve the African cause.”

Blouin, the lone woman in his circle, became the head of the party’s women’s wing, preaching feminism. Audiences were enraptured.

Herbert Weiss, then a young M.I.T. field researcher and now an emeritus professor of political science at the City University of New York, recalled his fascination with Blouin in a phone interview. “Who is this woman?” he remembered thinking. “She’s wearing very fine perfumes. She has an air of Paris about her. And how come she speaks fluent Kikongo?”

Given her inexplicable command of local languages, Belgians spread word that she was a Communist-trained infiltrator. Others called her a witch.

Gizenga’s party formed a coalition with that of Patrice Lumumba, Congo’s first prime minister, and after the country achieved independence that June, Blouin became chief of protocol in his government. But by the time she took the position, order had broken down: the army had mutinied, and United Nations peacekeepers had been invited in to quell the chaos. Unable to regain control, Lumumba appealed to the Soviet Union for help, setting off alarm bells in the West.

For Western diplomats and reporters, Blouin’s presence was proof that Congo was turning Communist. She was fiercely anticolonial, and she came from Guinea, a country with Soviet ties.

Blouin was not, in fact, a Communist; she described herself as a socialist who was committed to African nationalism.

Many of her critics ignored her skills as a political tactician and speculated that she must have slept her way to influence.

“Blouin was always seen as a courtesan,” said Karen Bouwer, a professor of French at the University of San Francisco who has written about Blouin. “Here was a beautiful, elegant woman moving in high circles. She was an easy target.”

Lumumba was overthrown in September 1960 in a coup blessed by the C.I.A., and Blouin was expelled from Congo.

When the Congolese opposition took up arms against the country’s military dictator, Joseph Mobutu (who later changed his name to Mobutu Sese Seko), Blouin acted as their spokeswoman, first from Algiers and then from Brazzaville, where President Ahmed Ben Bella of Algeria sent her on a humanitarian mission to help children orphaned by the rebellions.

Her husband divorced her in 1973, and she moved to Paris, where she became a den mother to African leftists, opening her rent-controlled apartment on the outskirts of the city to opposition figures and revolutionaries who happened to be passing through. She made rice and stew and served whiskey and wine.

Blouin remained committed to her political beliefs to the end. Even as Touré imprisoned, exiled and killed tens of thousands of political opponents, she refused to denounce him. Devoted to the nationalist heroes she had come to know in the 1950s and ’60s, she turned a blind eye when they embraced unsavory tactics.

“She did not want to know,” said Monique Chajmowiez, an editor in Paris who was friends with Blouin, “because for her, that was the most wonderful time of her life.”

In 1984, sick with lymphoma, Blouin shocked a symposium on Congo by asking attendees for a moment of silence in memory of Pierre Mulele, a politician-turned-insurgent who was tortured to death by Mobutu’s soldiers. Some scholars, horrified at the idea of honoring the leader of a violent, Communist-backed revolution, walked out of the conference.

By then Blouin was depressed and having trouble making ends meet. Soon she stopped cancer treatment. Her daughter Eve Blouin said she had grown despondent over the oppression that continued even after the end of colonialism. She died on April 9, 1986, at 65.

Stuart A. Reid is a managing editor at Foreign Affairs and the author of a forthcoming book from Pantheon Books about the 1960s Congo crisis.