#PalestinianPrisoners: This is not the time to despair 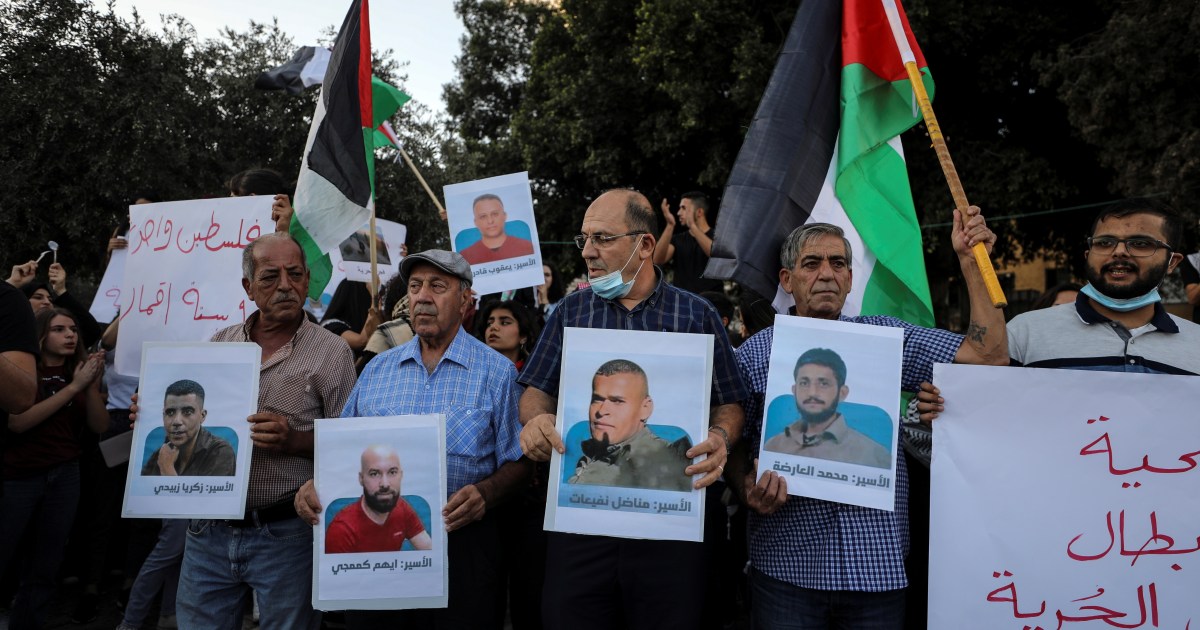 The story of the six Palestinian political prisoners should inspire hope and action, not throw us into despair.

For four days, Palestinians inside Palestine and living in exile in the diaspora were euphoric. In an act of extraordinary creativity and determination, six brave Palestinian political prisoners tunnelled their way out of an Israeli maximum-security prison.

It was presumed they did so with a spoon, as they would have had no other tools. Certainly, they had no heavy machinery typically necessary for such a feat. The tunnel openings were exceedingly narrow, leaving everyone baffled how six grown men were able to pass through them.

I was immediately reminded of these lines from a Mahmoud Darwish poem:

The Earth is closing on us
pushing us through the last passage
and we tear off our limbs to pass through.

Indeed, when two of them – Yaqoub Qadri and Mahmoud Abdullah al-Arida – were captured on the fifth day, images released of them showed they had shed a tremendous amount of weight, presumably to fit through the opening. It was life imitating art – they tore off parts of their bodies to make the passage to freedom.

The following day, Zakariah Zubeidi and Mohammad al-Arida were captured. Ayham Kamamji and Munadil Infaat remain free, fighting for their lives, holding out as long as they can.

Israeli police snapped photos of the men they shackled, distributing ones that showed the most anguish in their expressions. Someone promptly photoshopped smiles on the faces of Yaqoub and Mahmoud, and the edited pictures went viral.

Many have criticised the alteration of those photos. They argue that we have to look squarely at their pain and defeat as if we are too stupid to understand what this moment means for them.

I believe whoever altered the photo did our society a great service, and I hope he or she does the same for Zakaria and Mohammad’s photos. The Israeli authorities disseminated those painful photos for a reason.

They want to reflect the heavy weight of them onto all of our hearts and let defeat and depression set in, as it seems to be doing. They want our deflation to be as big or bigger than our initial celebration.

They want to erase from our minds the knowledge that six defenceless, emaciated men with nothing but perhaps a spoon, shook the colonial Zionist project to its core. It terrifies them that we could collectively contemplate the depths of hope and determination that propelled those six heroes to accomplish what everyone assumed was impossible.

Because if we did truly ruminate on that primal impulse for freedom, on the boundless hope in the heart of every revolutionary and fighter, we might find our own individual and collective power.

We might begin to understand that nothing is impossible, and freedom is within our reach. We might begin to organise a collective system to protect the remaining two – Ayham and Munadil – to keep them free and alive and encourage more defiance and resistance.

We might rise up to rid ourselves of the treacherous and illegitimate regime of Mahmoud Abbas, and install a revolutionary leadership, willing to protect its own people, instead of protecting those who occupy, rob, and oppress Palestinians.

Our brave political prisoners knew the risks they were taking. This is what revolutionaries do. They would rather fight than capitulate. No matter what happens now, what they did cannot be undone. The blow they dealt to “Israel” cannot be undealt. They sacrificed so much to give us all hope. How dare we now give in to depression and the sense of defeat?

It was not defeat or depression that motivated them to spend sleepless hours digging a massive tunnel without adequate tools. It certainly was not a belief in Israel’s carefully cultivated perception of omnipotence.

The least we can do to honour them is to carry forth the torch of hope and the impulse for liberation that surely were at the heart of their heroism. We can solidify our defiance and refusal to live forever exiled or captive on our knees. We can understand that nothing is impossible, including ending this cruel Zionist regime.  In the face of the horrors we know those heroic political prisoners are now facing, we have no right to depression or defeat at this hour. We can be certain that is not what they sought to inspire in us.

The views expressed in this article are the author’s own and do not necessarily reflect Al Jazeera’s editorial stance.

It is time to stop playing Jenga with US foreign policy

Inside the Afghan Evacuation: Rogue Flights, Hope and Chaos