Night of the Falling Iguanas: An Odd Forecast for South Florida

Kenya and UK agree to scale up ties

Lamb of (oh my) God: disbelief at ‘alarmingly humanoid’ restoration of Ghent altarpiece

by admin
in Canada
0 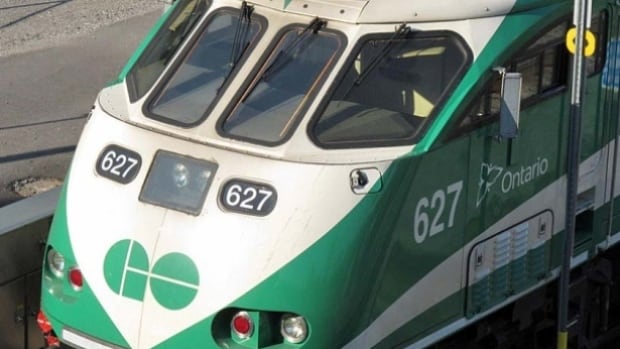 GO Transit says service is disrupted on its Barrie line after a person was fatally struck by a GO train south of its Newmarket station on Tuesday evening.

“There will be delays and possible cancellations,” GO Transit says in a message in red on its Service Updates page.

The person was struck on the Barrie line shortly before 5 p.m., according to Metrolinx spokesperson Matt Llewellyn.

Passengers urged to be patient

Llewellyn could not say when service will be restored. Passengers are urged to be patient, he added.

GO Transit says on its website: “Trains will not be able to proceed north of Aurora. There will be limited bus service from Aurora to stations further north.”

Passengers may use their GO ticket or Presto card on the TTC at a staffed entrance at Downsview and York University during the disruption, GO Transit says.

Anne Marie Aikins, another spokesperson for Metrolinx, expressed condolences to the family of the person killed.

“Thoughts are with their loved ones and our crew, customers and the first responders,” she said.

I’m so sorry to confirm that the person has died. We have a service recovery strategy in place with the assistance of TTC &amp; YRT and our GO buses. Stay tuned to <a href=”https://twitter.com/GOtransitBR?ref_src=twsrc%5Etfw”>@GOtransitBR</a> for further updates. Thoughts are with their loved ones &amp; our crew, customers, &amp; the first responders. <a href=”https://t.co/PDTsfKGvZC”>https://t.co/PDTsfKGvZC</a>