Will the AUKUS pact undermine NATO? 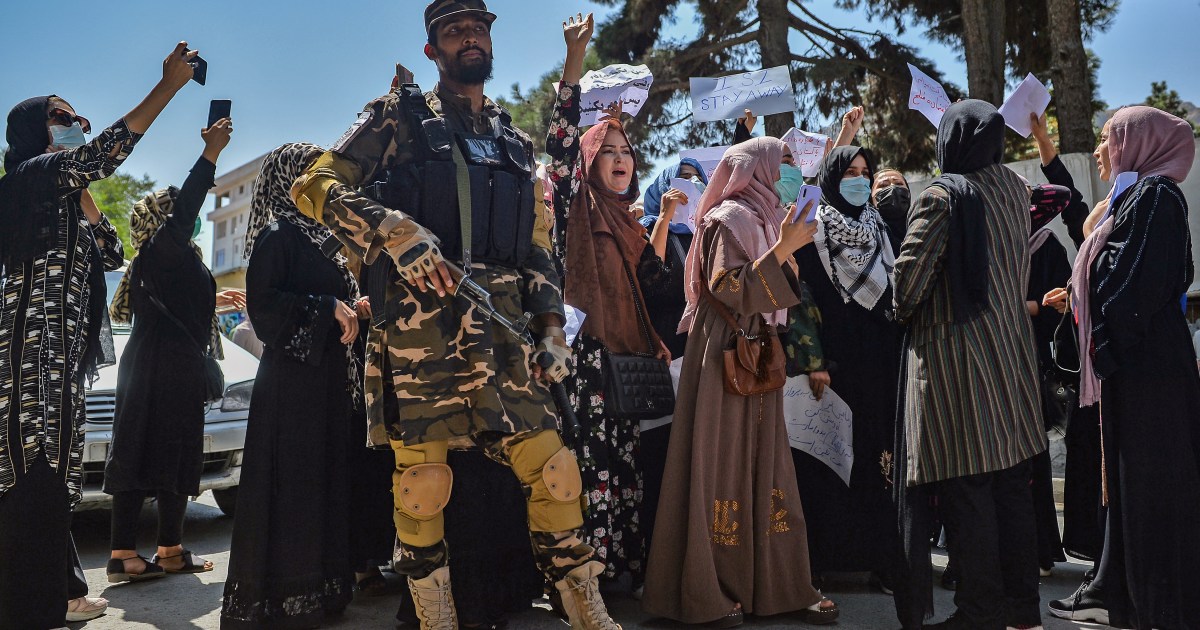 Nasir Ahmad Andisha says ‘women’s rights are disappearing from the landscape’ and accuses the group of ‘widespread atrocities’.

The Taliban has already broken its promises to safeguard women and protect human rights, and the international community must hold it to account, says the outgoing government’s ambassador to the United Nations.

“The Taliban have vowed to respect women’s rights but women’s rights are disappearing from the landscape,” Nasir Ahmad Andisha, who remains accredited at UN bodies despite the collapse of the government he represents, told the Human Rights Council in Geneva on Tuesday.

He accused the Taliban of “widespread atrocities” in the Panjshir Valley, the last part of the country to hold out against the group, and said it was conducting targeted killings and extrajudicial executions, including of young boys.

The cabinet is made up entirely of men and overwhelmingly members of the Pashtun ethnic group that forms the Taliban’s main base of support but accounts for less than half of Afghanistan’s population.

“At this crucial moment the world cannot remain silent,” he said. “The people of Afghanistan need action from the international community more than ever.”

The Taliban has denied carrying out abuses in Panjshir. It says it is supporting women’s rights within a Muslim context, and that the new interim government will consult the population on an inclusive future permanent system.

Andisha called for the Council to create a fact-finding mission to monitor Taliban actions – an initiative backed by Western countries but which diplomats say is opposed by some Asian states.

On Monday, UN High Commissioner for Human Rights Michelle Bachelet rebuked the Taliban for contradicting public promises on rights, including by ordering women to stay at home, blocking teenage girls from school and holding searches for former foes

My generation can liberate Palestine and end the occupation

Will the AUKUS pact undermine NATO?

Germany set to vote in most unpredictable elections in years

My generation can liberate Palestine and end the occupation