US jobless claims, a proxy for layoffs, hit a new pandemic low 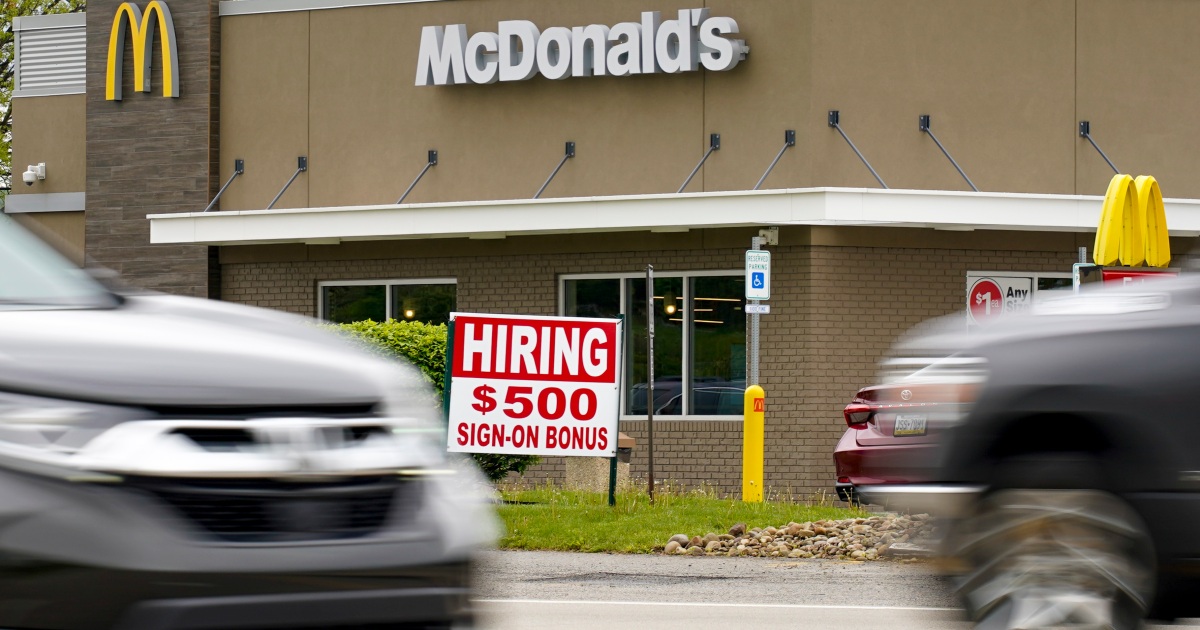 Applications for unemployment benefits fell to a new coronavirus pandemic low in the US, despite job market headwinds from the virus’s Delta variant.

The number of Americans filing for unemployment benefits kept trending downward last week in a further sign that the United States labour market recovery is still on track and the Delta variant is not triggering new layoffs.

Weekly jobless claims – a proxy for layoffs – fell to 310,000 last week, the US Department of Labor said on Thursday. That’s a new coronavirus pandemic low, and only about 100,000 shy of pre-pandemic levels.

That’s good news for the US jobs market, which is facing headwinds from the spread of the Delta variant – especially in virus-sensitive businesses such as restaurants, hotels, and air travel that involve face-to-face customer interactions.

On Wednesday, the Federal Reserve said that economic activity in the US had “downshifted” in July and August. But that deceleration is also happening against a backdrop of record job openings in the US.

Some 10.9 million went begging in July – an all-time high.

While that is terrific news for jobless workers who are looking to land a position, there is a sting in the tail for the broader economy because jobs are only officially created when someone is actually hired. And in August, the US added a paltry 235,000 non-farm payroll jobs – a dramatic slowdown from the previous month.

Many analysts primarily blamed the slower pace of jobs creation last month on a surge in COVID-19 infections linked to the Delta variant.

The economy is still 5.3 million jobs short of recovering all of the losses from last year’s lockdown – and that shortfall understates the depth of the hole that remains in the labour market because it doesn’t account for how much the labour force and the economy have grown since then.

But the initial jobless claims numbers suggest that with so many job openings, employers are in no rush to lay off people. Many businesses have increased pay or offered sign-up bonuses to entice jobless workers off the sidelines.

Several factors have been cited for the disconnect between the jobless and job openings, including businesses all vying for the same skill sets as they reopen en masse.

Other possible reasons cited include an ongoing lack of childcare options, older workers opting to retire early, fear of contracting COVID-19 and enhanced federal jobless benefits spurring unemployed workers to be choosier about their next jobs.

Those federal jobless benefits, which covered gig workers, and included a $300-a-week federal top-up to state unemployment benefits, were blamed by many politicians – primarily Republicans – for making it harder for small businesses to hire more workers and scale up operations.

Over half of US states pulled out of federal unemployment benefit programmes early as a result.  And this week, those federal job-loss safety nets expired entirely, leaving more than eight million people without jobless benefits.

Biden to mandate COVID-19 vaccine for federal employees and contractors

My Partner Has A Secret “Get Out” Fund. How Am I Supposed To Feel?

How Hope, Fear and Misinformation Led Thousands of Haitians to the U.S. Border

Chaos and confusion: The frenzied final hours of the Afghan government