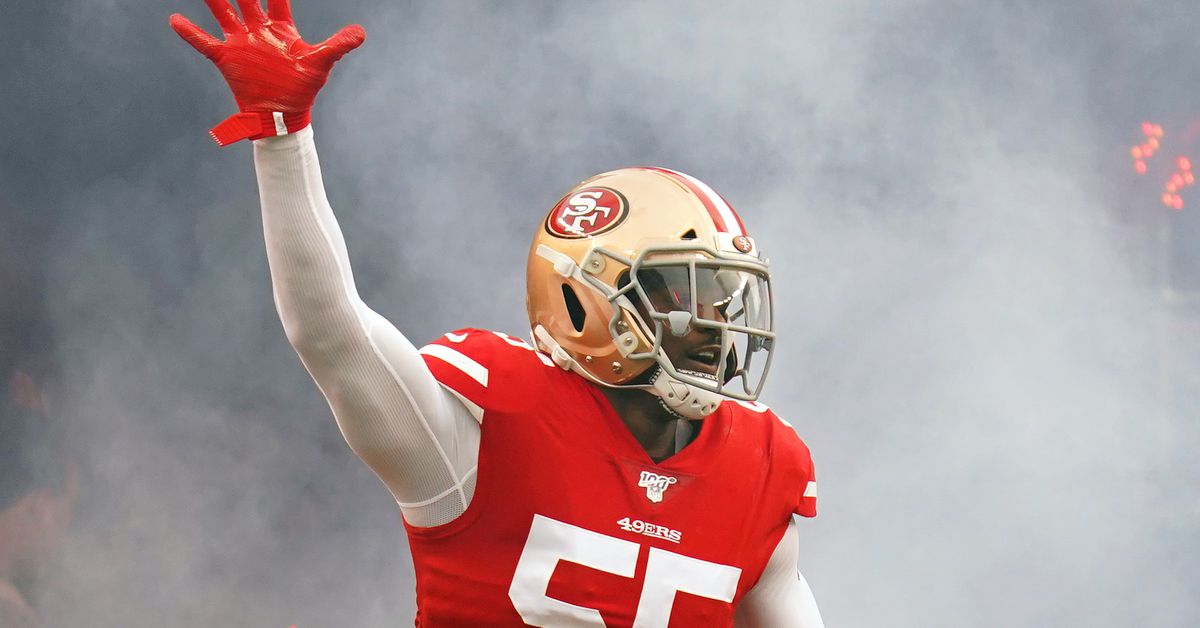 There are plenty of intriguing storylines leading up to the Super Bowl matchup between the San Francisco 49ers and the Kansas City Chiefs. One of them being Dee Ford, who many fans feel cost the Chiefs a trip to the Super Bowl after jumping offsides against the New England Patriots in last year’s playoffs. It’s not popular, but Patrick Mahomes missed running back Damien Williams on a wheel route that would have been a walk-in touchdown. That and a few other plays throughout the game get ignored because Ford jumping in the neutral zone is the last play fans remember. That’s like Green Bay Packer fans complaining about the penalties during the game on Sunday. Yes, the refs were definitely the reason you were down 27 and didn’t score in the first half. That’s why you lost.

Ford told USA TODAY, “Let’s get this right; there is no love lost nowhere. It’s just me playing my brothers,” he added. “At the end of the day, we just have to compete. But I’ve got so much love for the people in that building. And likewise, they’ve got love for me.”

Ford was asked what it’s like to play the Chiefs. “Special,” he said. “To be able to play my old team, it’s a blessing. We’re rolling deep, though.” He was also asked about the infamous penalty against the Patriots: “It was a sloppy play on my end,” Ford said. “I don’t have a lot of encroachment penalties. Never have. It was just sloppy, but not a recurring thing.”

By now I’m sure you’ve seen the bizarre postgame interview from Clark:

He threw in an offsides jab in there. Before Sunday, Clark said this about Derrick Henry: “He’s not hard to hit. He’s just a big guy. I don’t see no difficulty tackling him.” If you watched the game, Clark didn’t do much of anything. The theatrics sounds great, and of course, social media eats it up. Clark did have a sack, but something tells me the 49ers are going to be running his way early and often.

Both edge rushers were acquired via trade. Seattle sent Clark to the Chiefs in exchange for a first-round pick in the 2019 NFL Draft and a second-round pick in 2020. Both teams swapped third-round picks in the 2019 draft as well. The Chiefs also signed Clark to a five-year, $105.5 million contract with $63.5 million guaranteed. $17 million is guaranteed in 2020, and the next two years after have $15 and $10 million cap hits. The 49ers traded a second-round pick to the Chiefs for Dee Ford and inked him to a five-year $87.5 million deal. The differences in the contracts are somewhat unbelievable, and it gives you an idea of how well San Francisco protects themselves. Clark has cap hits over the next three years of at least $22 million. Ford’s cap hits over the next few years won’t surpass $17 million, and, unlike Clark, none of that is guaranteed.