A Showcase Start to the College Basketball Season in N.Y.C. 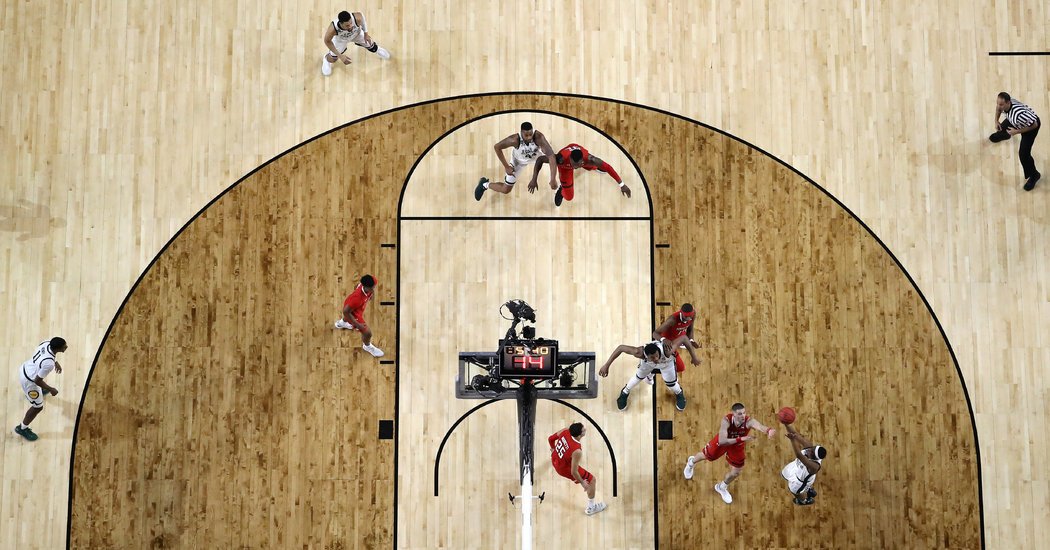 A blue blood extravaganza was kicking off the start of the 2019-20 college basketball season on Tuesday night, with one very realistic permutation of the Final Four playing a doubleheader at Madison Square Garden.

Michigan State, the overwhelming No. 1 team in the preseason Associated Press Top 25 poll, was scheduled to face No. 2 Kentucky, while No. 3 Kansas was playing No. 4 Duke in the Champions Classic.

There’s a good chance the 2020 N.C.A.A. champion will emerge from this quartet. The four teams, along with North Carolina and Florida, are the favorites among sports books to win the men’s N.C.A.A. tournament title, with Michigan State on top at 6-1 odds.

The Spartans are returning three players from a team that made a run to the Final Four last season, led by an All-American, Cassius Winston, in his senior season.

“I’d like to win another national championship,” Michigan State Coach Tom Izzo said before the Final Four. “I’ve got a lot of goals.”

So do many other teams. Here are some things to watch as the college basketball season begins on Tuesday.

The No. 1 ranking will likely rotate.

The Spartans got the vast majority of the preseason No. 1 votes, but they could very easily be leapfrogged for the top spot. So expect a rotation.

“Kentucky is going to spend time at No. 1 because they have experience back and a very talented group of freshmen coming in,” Jay Bilas of ESPN said, adding that Coach John Calipari will make the Wildcats better as the season progresses.

Only two teams have captured the N.C.A.A. title while relying primarily on freshmen destined for the N.B.A. after one college season.

Kentucky did it in 2012 with Anthony Davis and Michael Kidd-Gilchrist, while Duke won a title in 2015 with Jahlil Okafor, Justise Winslow and Tyus Jones.

This year, Kentucky and Duke have once again reloaded with one-and-done players, while Memphis has joined the club under its coach, the former Tigers and N.B.A. star Penny Hardaway.

The Tigers have the No. 1 recruiting class in the nation, according to 247Sports.com. — ahead of Kentucky and Duke — highlighted by James Wiseman, a 7-foot-1 freshman, and Precious Achiuwa, a 6-9 wing

Still, experienced teams have won national titles in the past four seasons, most recently Virginia.

The top N.B.A. draft pick may be in Memphis.

While Kentucky and Duke have several players likely to be selected in the first round of the N.B.A. draft, the No. 1 pick over all is not projected to come from any of the four teams in the Champions Classic.

Wiseman, who chose to play with Memphis instead of Kentucky, is projected by experts to be selected with the top pick in 2020.

Other top N.B.A. prospects include Georgia shooting guard Anthony Edwards and LaMelo Ball, who is playing in Australia and is the brother of New Orleans Pelicans point guard Lonzo Ball.

Winston of Michigan State is joined on the All-America team by seniors Myles Powell of Seton Hall and Markus Howard of Marquette, as well as Louisville junior wing Jordan Nwora. The only freshman on the team is Wiseman.

Five of the last six winners of the Naismith Award for the top college player were upperclassmen (Zion Williamson won it last season after his freshman year at Duke).

Players who graduate from one university can transfer to another without sitting out a season before playing. In recent years that trend has allowed the top teams to fill roster needs by adding players from mid-majors and even other power-conference programs.

One year after picking up forward Reid Travis from Stanford, Kentucky added Nate Sestina from Bucknell, who averaged 15.8 points and 8.5 rebounds a year ago for the Bison.

Calipari also tried to land Virginia Tech grad transfer Kerry Blackshear Jr., considered by many observers to be the top available grad transfer on the market. But Blackshear ultimately chose Florida, in his home state, and is expected to be a major factor after averaging 14.9 points, 7.5 rebounds and 2.4 assists last season.