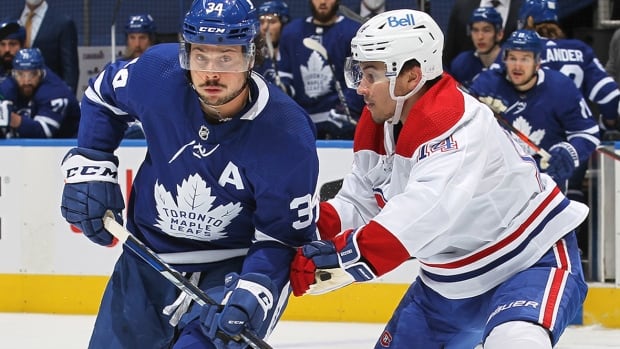 Auston Matthews is hoping his troublesome left wrist will be ready in time for the start of the new NHL season.

The Toronto Maple Leafs’ star centre, who scored a league-high 41 goals in 52 games last season while dealing with the nagging injury, had surgery on the joint Aug. 13.

The team said at the time Matthews felt discomfort when he started to ramp up his training regime.

The recovery timeline was put at a minimum of six weeks.

Sporting a protective brace on the wrist at the NHL/NHLPA media tour in Toronto on Monday, Matthews said he expects to resume skating later this week before the team opens training camp Sept. 22.

He added the aim is to be good to go for the Leafs’ season-opener Oct. 13 against the Montreal Canadiens — the team that battled back from a 3-1 series deficit to stun Toronto in the first round of the playoffs in May.

‘I didn’t know anything about it’: Chicago star Kane participates in NHL’s investigation

WADA warns Russia not to interfere in anti-doping work