Can South America Produce a Superclub? 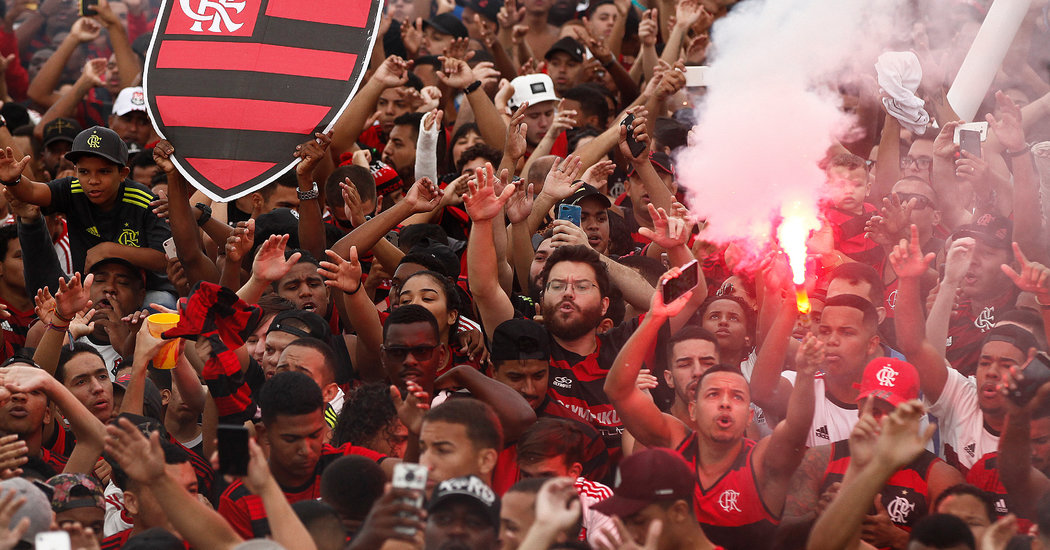 Get Rory Smith’s weekly newsletter on world soccer in your inbox every Friday. It’s free! Sign up here at nytimes.com/rory.

My favorite soccer-related study of all time, by some distance, came from the Brazilian magazine Mundo Estranho a few weeks before the start of the 2014 World Cup.

For the first time, it said, it could provide an answer to that thorny question: Just which team is the most popular in all of soccer? This, you will agree, is the sort of research that matters, the sort of material that academics and statisticians all over the world should be devoting their time to understanding.

It does, after all, have real-world effects: Manchester United, for one, regularly mentions on conference calls to its investors just how many fans it has. The latest estimate, from the agency Kantar, is that 1.1 billion people — or one in every seven people on the entire planet — are currently trying to persuade themselves that seventh in the Premier League isn’t too bad.

Mundo Estranho’s work, then, had the potential to be extremely important. It had, it said, tasked polling companies in 10 countries — from the Netherlands to Japan — with analyzing data to provide a conclusive answer.

The conclusion was, perhaps, a little surprising. You might have thought that United would at least be in contention, what with a seventh of the global population being so keen on Ashley Young’s adventures, but it did not even make the top 10.

Neither did Barcelona. Real Madrid came in ninth. Juventus was the highest-ranked European team, but even a club that claims to have the backing of half of Italy could finish only sixth.

Top of the pile, it turned out, was Flamengo, the Rio de Janeiro giant, just ahead of two Mexican clubs: Chivas Guadalajara and Club América. Flamengo could, the magazine discovered, count on 32.6 million fans around the globe.

If that seems a little low, you should probably consider the survey’s criteria: for reasons that were never really explained but that are quite obvious when you think about it, Mundo Estranho decided “Chinese fans who support Manchester United” did not count.

The science may have been a little off, but the message is still worth considering. Soccer has become so Eurocentric in the last two decades that it is easy to regard Brazilian teams as nothing but feeder clubs: talent production lines, mining operations to provide the elite of the Premier League and La Liga with superstars-in-waiting (and also holding midfielders).

It is easy to forget that they are, in and of themselves, vast, historic, social institutions that until comparatively recently could match most European clubs for glamour and prestige and even wealth. Flamengo is not the richest team in Brazil or the most successful, but it is, as Mundo Estranho suggested, probably the most beloved.

That was why thousands of Flamengo fans gathered at Rio de Janeiro’s airport this week to watch their team depart for Lima, Peru, and the final of the Copa Libertadores. It is why all 32.6 million of its supporters will tune in on Saturday to see if Flamengo can topple River Plate, the reigning South American club champion, and lift the trophy for the first time since 1981.

It would be fitting if it was to do so. This is the first time that the Libertadores has been decided by a single, Champions League-style final — it has traditionally been held over two legs — as CONMEBOL, South America’s governing body, tries to stage a showpiece to rival Europe’s better-known (and far richer) club championship.

It is, as Alejandro Dominguez, the CONMEBOL president, told me last year, an attempt to blend South American authenticity with European organization. So, too, is Flamengo. Its manager is Portuguese, the former Benfica and Sporting Lisbon coach Jorge Jesus; his rapid transformation of a team that had been struggling has been down, in no small part, to introducing European tactical ideas and training facility innovation. Victory would make him only the second European coach to win the Libertadores, after the Croat Mirko Jozic.

Flamengo, like many of its peers and rivals in Brazil, is searching for a way to stanch the talent drain to Europe, if not to close the gap — as Dominguez put it — then at least to prevent it from widening. Like Palmeiras, São Paulo and a handful of others, it has ambitions to become the first true superclub outside Europe.

Its popularity is a good start. So, too, is its adopting of some elite practices from Europe. But it cannot stop at the surface. Much of the work has to be away from the limelight. As the death of 10 young players at Flamengo’s youth academy earlier this year highlighted, Brazil’s clubs have not always prioritized the health and safety of their young charges. If Flamengo and its rivals want to be a place to go, and not just somewhere players come from, it must not think only about the rewards, but its responsibilities, too.

Well, that was quite a week. I wrote a few weeks ago about how the Premier League had learned the virtue of patience, and then last week about how boring international breaks can be for big countries, and then Tottenham goes and fires Mauricio Pochettino and, 12 hours later, hires José Mourinho.

I will confess that I feel desperately sorry for Pochettino, who has transformed Spurs, but am intrigued to — perhaps — get a conclusive answer on whether Mourinho’s best days are behind him. Mostly, though, the whole thing makes me wonder how much soccer fans will swallow: Those Spurs fans who have always jeered Mourinho and those Chelsea fans who have always loved him are now expected to reassess their realities completely.

It will be interesting to see how long it takes Mourinho to win over the most resistant Spurs fans. Would a trophy do it? A winning streak? A sense that he is a monster, but at least now he is their monster? Or are fans’ memories longer than that? Are we not as fickle as we are presented to be? Mourinho is as good an acid test as any.

You may have seen the picture of Gareth Bale celebrating Wales’s qualification for next summer’s European Championships behind a Welsh flag emblazoned with the words: “Wales. Golf. Madrid. In That Order.” It is a reference to a (brilliant) chant the Welsh fans had invented, documenting his patriotism, his love of 18 holes, and his apparent disregard for the club that, at one point, made him the most expensive player in the world.

You may also have seen, then, that the image was not received especially well in the Spanish capital. Various news media outlets — most of them fiercely loyal to Real — have labeled Bale a disgrace and a shame, and demanded that the club’s president, Florentino Pérez, immediately release him.

No matter that it is these same outlets who have spent years making it clear that they do not have much time for Bale, that in some way he is transgressing a moral code that they have invented and control by — checks notes — playing golf in his spare time, and effectively turning him into a pariah (for some sections of the Bernabeu crowd).

It is obvious that responding with such po-faced opprobrium is humorless in the extreme. It is equally apparent that it is entirely self-defeating. If any other player had been treated the way Bale has been by a hyperpartisan Spanish media, he would probably prefer playing for his country, and playing the back nine, too.

Inspired by the excellent documentary on Diego Maradona that has been airing on HBO (in the United States; I think it has just been in cinemas in Europe), Jim Jordan asks: “I was surprised at the level of vicious abuse directed at Napoli fans by the northern Italian team fans. Are you aware of any other countries where this is also prevalent?”

I suspect some variant of it occurs everywhere, Jim, sadly. I recall a case in France a few years ago mocking fans of clubs from the industrial north with a derogatory term. It is a recurring issue in Italy, as you say, and even in England. The number of chants based on what can only be described as a thin understanding of socioeconomic issues and directed at teams from the north is more than a little depressing.

Manuel Buchwald commits the cardinal sin of asking about the promotion/relegation issue in Major League Soccer — no thank you, Manuel: I’m not poking that hornets’ nest — but rectifies it by wondering if “owners of rich clubs in Europe would like to create a similar cartel there?” The short answer is yes: I suspect in the next 10 or 15 years we’ll see some sort of European-wide league, though I would guess that at the start it will still be an open competition. For a while, at least.

That’s all for this week. Please direct all inquiries either to Twitter, or feel free to send questions and queries but not complaints to askrory@nytimes.com. And remember to tell your friends about the exclusive club they too can join here.