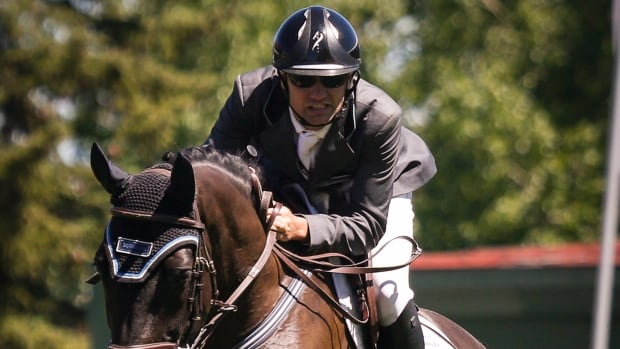 Canadian Brian Morton navigated the ATCO Electric Six Bar to a shared victory at the Spruce Meadows ‘Masters’ on Friday in Calgary.

Morton of Langley, B.C., stood atop the leaderboard alongside Ireland’s Jordan Coyle following a jump-off.

At 56, Deslauriers has competed on the Olympic stage three times, with appearances in 1984, 1988 and 33 years later in Tokyo.

The ‘Masters’ serves as the second event of the September Series at Spruce Meadows, a three-week series featuring the top show jumping horses and athletes from Canada and around the world.

North Korea suspended from IOC until end of 2022