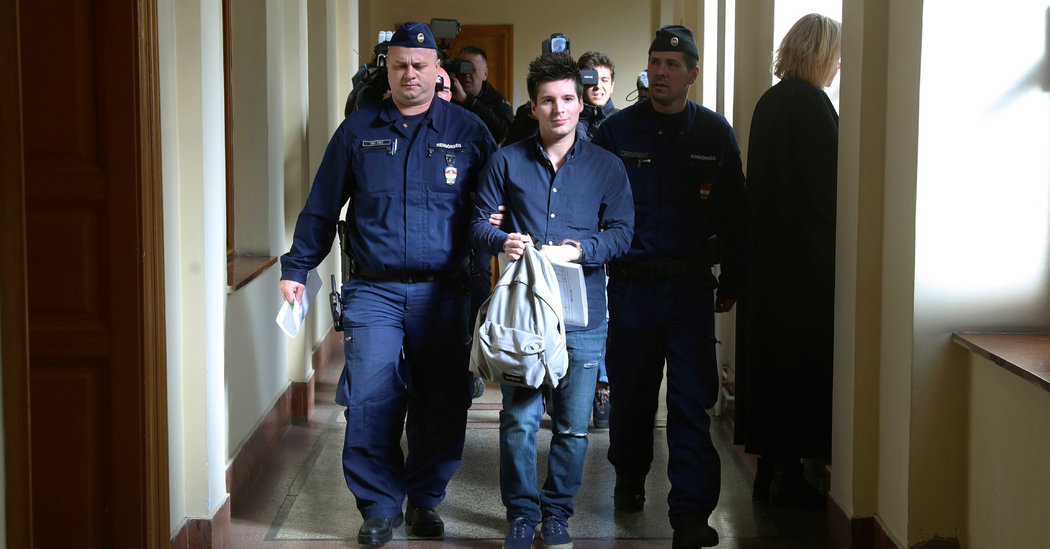 The Portuguese fan was looking for soccer’s secrets when he began hacking into the legal and financial networks supporting the game’s multibillion-dollar industry five years ago.

For years, he plundered internal documents and secret agreements, unmasking questionable practices — and even criminality — by lawyers and players and teams, and then published the information anonymously on a platform he called Football Leaks. Furious teams cursed him. Agents threatened to sue him. Embarrassed investigators vowed to arrest him.

What none of them knew was that the massive trove of data obtained by the hacker, a spiky-haired 31-year-old soccer fanatic named Rui Pinto, also held a much bigger secret.

Over dinner one night in late 2018 in Budapest, where he was hiding before he was eventually detained and extradited to Portugal, Mr. Pinto told his French lawyer William Bourdon that he believed he had obtained information that revealed how Isabel dos Santos, Africa’s richest woman and the daughter of Angola’s former president, had amassed her $2 billion fortune.

Those secrets, revealed this month in international news media accounts, including articles in The New York Times, have led to an investigation of Ms. dos Santos, who is accused of plundering Angola’s state petroleum company and other institutions to bankroll a sprawling business empire that included stakes in the impoverished country’s diamond exports, its dominant mobile phone company, two of its banks and its biggest cement maker.

Until his arrest and extradition to Portugal last March, Mr. Pinto had since 2015 mostly sowed panic within the corridors of power in the world’s most popular sport. In his hacking, he had targeted not only some of soccer’s biggest teams and institutions but also law firms and professional services that supported their activities.

One connection between the soccer and dos Santos leaks is that each included the release of confidential documents from the powerful PLMJ law firm, which is based in Lisbon. Several of the charges Mr. Pinto faces in Portugal are directly linked to his illegally gaining access to PLMJ’s computer server.

It was lawyers from PLMJ who in 2015 prepared a 16-page brief for Ms. dos Santos pointing out the tax advantages of domiciling companies in Malta. Ms. dos Santos subsequently used companies based in Malta for some of her most high-profile transactions. One of her Maltese companies was used as a middleman to hire consultants from firms such as Boston Consulting Group, McKinsey & Company and PwC for advice on overhauling Angola’s state oil company, where she served as chairwoman from 2016 to 2017, after being appointed to the post by her father.

“We have of course no knowledge of the source of the documentation on which the recent press stories are based,” said Luís Pais Antunes, a managing partner at PLMJ. In any case, he added, “It is impossible that the documentation that is being used for the bulk of the stories is in any way related to PLMJ or was ever at our disposal.”

Unsure of exactly what he had when his soccer hacking turned up hundreds of thousands of pages related to the companies controlled by Ms. dos Santos and her husband, Mr. Pinto asked Mr. Bourdon, according to the French lawyer, if he could take a hard drive containing the data to a whistle-blower platform Mr. Bourdon had set up in Africa.

Mr. Bourdon said in an interview in the past week that he quickly came to the conclusion that the scale and complexity of the information meant it needed to be shared with the more experienced and better resourced International Consortium of Investigative Journalists. In the past week, that consortium and international news media organizations, including The Times, published details of Ms. dos Santos’s business dealings.

“He fell into this,” Mr. Bourdon said. He said that in addition to sharing the data obtained by Mr. Pinto with journalists, he also had provided the hard drive containing the information to France’s national financial crimes prosecutors.

“I built a very confident relationship with him, and he was happy to share the information with us about this big African scandal,” said Mr. Bourdon, who is known for representing other high-profile individuals who leaked sensitive information into the public domain, including the former intelligence contractor Edward Snowden.

The revelation that Mr. Pinto, a Portuguese citizen with no known ties to Angola, was behind the leak of information about Ms. dos Santos undercut her claims that the revelations were “a very concentrated, orchestrated and well-coordinated political attack, ahead of elections in Angola next year.”

“It is an attempt to neutralize me and to discredit the legacy of President dos Santos and his family,” she said in a statement after the publication of the damaging articles about her. Her father, José Eduardo dos Santos, was Angola’s president for 38 years until he stepped down in 2017.

The heart of the Angolan investigation involves Isabel dos Santos’s tenure at Sonangol, the state oil monopoly, particularly during November 2017, the month she was fired as its chairwoman. More than $57 million was withdrawn at the time from Sonangol’s account at EuroBic — a Portuguese bank where Ms. dos Santos is the biggest shareholder — to pay for a flurry of invoices issued by a Dubai company owned by her friend.

On Thursday, the Portuguese news agency Lusa reported that a EuroBic banker who managed the Sonangol account, Nuno Ribeiro da Cunha, had been found dead on Wednesday night at his house in Lisbon. Lusa cited a police source who said the death appeared to be a suicide. EuroBic said last Monday that it was ending its relationship with her.

The recently leaked documents provide a detailed account of how Ms. dos Santos exploited her country’s resources, acquiring stakes in vital Angolan industries like telecommunications, diamonds and construction — often through orders signed by her father. She has denied any wrongdoing and has long maintained that she is a self-made woman.

While Mr. Pinto has been hailed as a hero of sorts by those demanding greater transparency in soccer, his conduct has raised questions about his motivations. He reached an out-of-court settlement with the Caledonian Bank in 2014, for example, after being accused of hacking into its systems and transferring thousands of dollars from one of its client accounts.

Mr. Pinto has denied stealing the money, but, citing a nondisclosure agreement, has declined to provide additional details about the incident.

Mr. Bourdon said he hoped the reporting of Mr. Pinto’s role in the affair might improve his client’s standing in Portugal, where he is facing trial later this year on 93 charges related to his efforts to expose the inner workings of the soccer industry. He faces as much as 30 years in prison if convicted on all of the charges against him.

For years, hiding behind the pseudonym John, Mr. Pinto revealed confidential information — including player contracts, internal team financial documents and confidential emails — that pulled back the curtain on the murky world of soccer finance. His disclosures, while illegal, led to criminal tax prosecutions of several top players and even helped prompt officials in the United States to reopen a sexual assault investigation involving the Portuguese star Cristiano Ronaldo.

Officials in Las Vegas eventually decided not to pursue charges against Ronaldo, but even with Mr. Pinto in prison the repercussions of his efforts continue to roil the soccer industry. Players and clubs have faced punishment from sporting and state authorities, and investigations into tax avoidance continue in several European countries.

One of the most notable open cases involves the Premier League champion Manchester City. European soccer’s governing body is weighing a possible ban of the team from the lucrative Champions League after studying details, revealed by Football Leaks, of an apparent effort by City to circumvent financial rules.

Mr. Bourdon has argued that Mr. Pinto should be considered a whistle-blower, even though he is not a soccer insider, and despite the fact that his methods might have been illegal.

“He took all the risks,” Mr. Bourdon said. “He’s suffered because he was inspired by a feeling that his data needed to be published in order to understand all the gloomy and corrupt practices in the football community.”

Mr. Pinto has remained in custody since his return to Portugal, where the authorities have accused him of illegally gaining access to confidential data and, most significant, attempting to extort a powerful sports agency. In that incident, the Portuguese prosecutors said Mr. Pinto sought as much as a million euros (about $1.1 million) in return for deleting information belonging to the company, Doyen Sports.