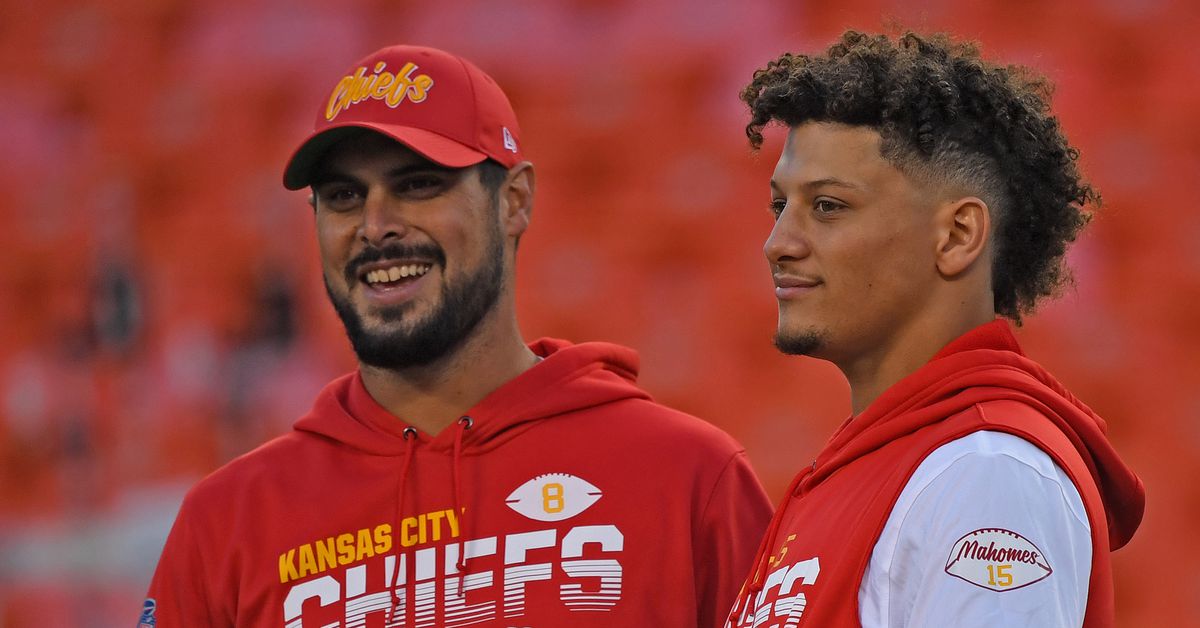 Several injury updates regarding Kansas City Chiefs players came through ahead of their game against the Minnesota Vikings early Sunday morning.

Chiefs’ QB Patrick Mahomes, listed as questionable due to his knee injury, is expected to miss his second straight game Sunday, per source. Chiefs’ QB Matt Moore will start vs. the Vikings.

Chad Henne, who was added to the 53-man roster on Saturday, is expected to serve as Matt Moore’s backup. NFL Network’s Ian Rapoport added that Mahomes is “on the cusp of returning” from the dislocated kneecap he suffered two weeks ago. Mahomes’ missed last week’s 31-24 loss to the Green Bay Packers with the injury. Both Henne and Mahomes are questionable.

Rapoport reported that defensive end Frank Clark is “unlikely” to play while defensive lineman Chris Jones is in “good position” to play.

The #Chiefs have a few other key injuries besides just QB Patrick Mahomes. Source said DE Frank Clark (neck) is unlikely to play and if he does, he’ll be extremely limited. Meanwhile with two full practices this week, DT Chris Jones (groin) is in good position to return.

Clark did not play last week due to a neck injury. He practiced for the first time since the injury on Friday and was limited. Jones practiced all week and is now expected to go. Both players are officially listed as questionable.

Schefter also reported that Vikings wide receiver Adam Thielen is expected to play against the Chiefs.

Vikings’ WR Adam Thielen, listed as questionable for Sunday with a hamstring injury, is expected to play against the Chiefs, per source.

Thielen was limited in practice all week due to a hamstring injury that cost him last game. Thielen is the only Vikings player questionable to go.