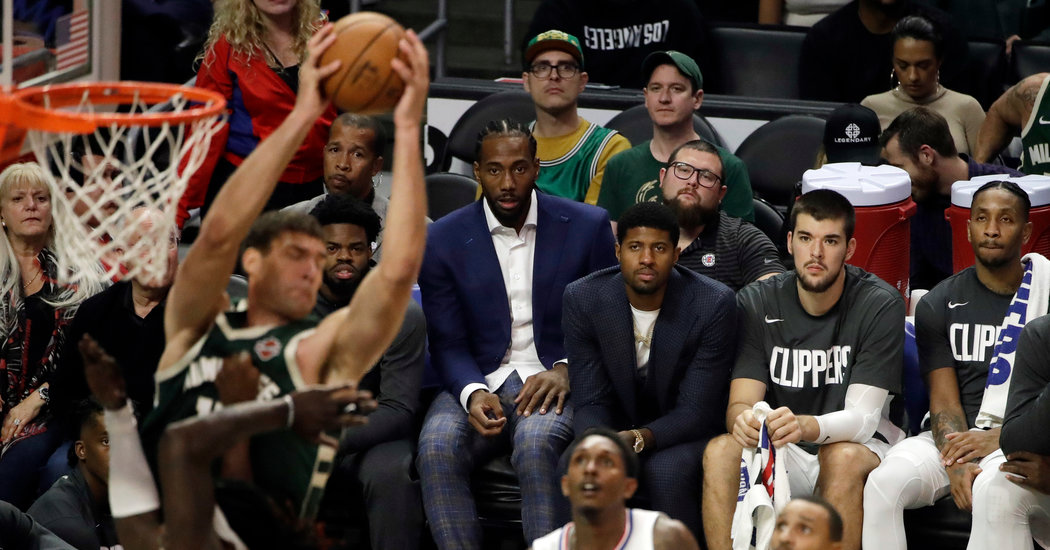 The Los Angeles Clippers were fined $50,000 by the N.B.A. on Thursday — punishment for a public proclamation by Coach Doc Rivers that his star forward Kawhi Leonard “feels great” after the league, based on medical information provided by the Clippers, deemed Leonard to be injured.

The league announced that the fine was issued “for statements, including by head coach Doc Rivers, that were inconsistent with Leonard’s health status.”

The Clippers, amid much criticism, held Leonard out of Wednesday night’s nationally televised home game against the Milwaukee Bucks — with the league’s consent. But Rivers subsequently told the news media that Leonard “feels great because of what we’ve been doing” and that “there’s no concern here.” The Clippers lost the game, 129-124.

The league office, in its statement on Thursday night, reiterated that the Clippers’ decision to “sit Leonard for management of an injury was consistent with league rules.”

The Clippers have put Leonard on an injury protocol for back-to-back games after, according to the statement, the team “reasonably determined that Leonard is suffering from an ongoing injury to the patella tendon in his left knee.”

Rivers’ decision to publicly support the notoriously private Leonard and to downplay concern about the player’s health ultimately cost the Clippers a fine. Leonard has not played in both ends of a back-to-back set since the final month of the 2016-17 season with the San Antonio Spurs.

The Clippers have insisted for weeks that they intend to follow the plan enacted by the Toronto Raptors last season — which has become known in N.B.A. parlance as “load management” — which restricted Leonard to playing in just one of two games in every back-to-back situation when he was healthy.

In his only season in Toronto, Leonard appeared in only 60 of 82 games. Capitalizing on his freshness, he led the Raptors to the franchise’s first championship and was named the most valuable player of the N.B.A. finals for the second time in his career.

Is Antonio Brown Building a Collusion Case Against the NFL? - Sports Illustrated